Being able to play with all the physical cards you own makes this game the ideal companion piece for avid collectors who want to see their cards duke it out in 3D.

Forbidden Memories is the newly released PlayStation adaptation of Kazuki Takahashi's popular Yu-Gi-Oh! franchise, whose roots lie in manga and the extremely popular animated series of the same name. In the tradition of other card-game-to-video-game translations, Forbidden Memories features a relatively smooth card battling and deck building interface, which, in combination with the animated 3D battles, should appeal to fans of the series. Players who are new to Yu-Gi-Oh! should be prepared for quite a bit of work, however, to get the most out of this game.

Yu-Gi-Oh! is the story of Yugi, a typical spiky-haired youth who loves to play the hottest new game on the block, Duel Monsters. In what at first seems like a blend of the popular Pokémon and Magic: The Gathering card games, Duel Monsters pits two players against one another, armed with cards that depict fantastic creatures and powerful magic. What makes Duel Monsters so unique is that it's based on the Shadow Game--a mystic ritual involving actual monsters and spells that was performed in ancient Egypt 5,000 years ago. Thus is it revealed that Duel Monsters is more than just a simple card game, and so unfolds the story of Yugi, the heir to the pharaohs' dynasty.

The game's branching storyline is told in a series of scrolling-text dialogue boxes that are accompanied by artwork that will look familiar to anyone who has seen the animated series. The characters feature clean, strong lines, and the artwork is generally well done. The game's battles take place on a tiled playing field set on a black background--a no-frills surface that allows for a fast-paced game. When two cards do battle, you have the option of watching the action proceed in 3D, where the cards' depicted artwork is rendered in fully polygonal and animated fashion. The two creatures don't fight each other, however--one is simply the target of the superior card's aggression.

Accompanying the storyline and card game are a handful of melodies that provide a pleasant background, as well as a few tension-inducing tracks that provide much-needed emphasis for some of the story sequences. Aside from a handful of background songs, the game is rather silent, with very little in the way of additional sound effects. While nothing is truly astounding about the game's visual or audio features, they convey the subject matter adequately and allow you to concentrate on the game.

The majority of your time with Forbidden Memories will be spent playing the Duel Monsters card game with a variety of CPU-controlled opponents. The game is played between two players utilizing a pair of 40-card decks. Each deck is filled with cards that represent creatures, items, spells, and powers. These cards are played on the aforementioned dueling field, where two ranks of five spaces are allocated to each player, allowing for five monsters and five spells apiece. Each player takes turns drawing a hand of five cards and playing one or more creature cards or spells cards at once. Playing a single card per turn is allowed, but at least initially, the strongest attacks and defenses are fusions of two or more cards. When two compatible cards are played at once, they fuse to form a third, often stronger, card that fills a single slot on the field. Magic cards can also be combined to produce an exceptionally strong spell. Both players use their creature cards to attack, supplementing them with magic and other cards, in the hopes of exhausting the opponent's life bar or supply of cards, both of which result in defeat.

Creatures make up the majority of most decks, and they're used for offense and defense and ranked according to their statistics in both. There are 20 different creature categories that these cards belong to, including warrior, fairy, dinosaur, aqua, and spellcaster. Each of the different categories is native to one of seven terrain groups, such as forest, mountain, or dark. In addition, each monster is also in a specific cosmic alignment, such as aligned with the sun, moon, Jupiter, or Neptune. Each of the different cosmic alignments is placed somewhere on one of a pair of circular charts, with both a corresponding superior and inferior alignment. For example, the sun is superior to the moon, but inferior to Mercury. Cards on friendly terrain and cards with superior cosmic alignments receive a statistical bonus when in battle. Spells and items have a number of effects that supplement the damage that can be dealt out by creatures, either by eliminating opposing defenses or raising the statistics of friendly creatures. Trap cards that are triggered based on opponent actions, such as an incoming attack, can also be played. Playing according to what is on your side of the board is only half the battle, however, as keeping what cards your opponent has played in mind is crucial to anticipating strong countering strategies.

After playing against the CPU-controlled opponents, your character's skill is ranked according to play style and efficiency. Good play will reward your character with star chip points that can be used to purchase cards from your physical collection, which are transferred to Yu-Gi-Oh! Forbidden Memories using each card's individual eight-digit numbering and the in-game password feature. There are 700 cards in the physical collection, and every card can be brought into Forbidden Memories using the numerical code and enough earned star chips.

Disappointingly, there are a number of things that can make playing Yu-Gi-Oh! incredibly frustrating. There is no tutorial mode, and there are no training battles, so you're expected to jump right into competition and hold your own against fairly difficult opponents. By selecting certain dialogue options at the very beginning of the game, you may end up in potential game-ending situations, and the constant saving and reloading this promotes can lead to potentially frustrating sessions. Considering how much depth there is to Yu-Gi-Oh!, it's surprising to see that the game doesn't offer deck-building advice or a list of useful combinations for common beginning cards. While the fusion system does provide for entertaining card combinations, the CPU always seems to know exactly how to produce a fusion monster that can totally outclass anything in your deck. Discovering the proper fusion combinations is a difficult process, as the combinations can only be uncovered through painstaking trial and error.

If you aren't particularly fond of complex card games, or can't be bothered to research play strategies and card combinations at length, then Forbidden Memories' challenging learning curve can be a formidable obstacle. Unless you have access to a complete card-combination listing, then every match can seem like a guessing game, where you need to save and reload until you get a favorable draw. However, die-hard fans of Yu-Gi-Oh! will find that the entire collectible card game has been translated faithfully to the PlayStation in Forbidden Memories--against the CPU or a human opponent, this game should thoroughly entertain. Yu-Gi-Oh! Forbidden Memories is an incredibly deep game, and being able to play with all the physical cards you own makes this game the ideal companion piece for avid collectors who want to see their cards duke it out in 3D. 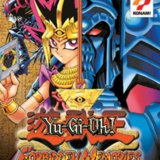 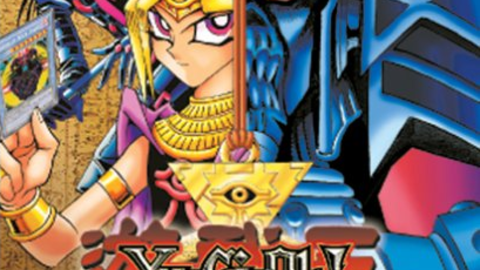 Being able to play with all the physical cards you own makes this game the ideal companion piece for avid collectors who want to see their cards duke it out in 3D.