It's certainly not the worst X-Men-licensed game, but Wolverine's Revenge is a game only the biggest fans of the comics could love.

X2: Wolverine's Revenge is a third-person action adventure game starring Marvel's adamantium-clawed mutant that features basic hand-to-hand combat and a healthy helping of stealth action. The fundamentals of Wolverine's Revenge are solid, but just about everything seems to fall apart in the execution. The kinds of problems the game suffers from give rise to the sneaking suspicion that it would have been a significantly better game if its release didn't have to coincide with the premiere of the new X-Men motion picture.

Though the game bears the endorsement, as well as some of the talent, of the X-Men movie sequel, its story is not related to that of the film. Wolverine's Revenge begins in 1968, with Wolvie breaking out of the Weapon X program and learning about the dormant Shiva virus that was planted inside him. Jump forward to modern times, when you learn that you have but 48 hours to find the Shiva antidote before it finally kills Wolverine. The course of this adventure will put you up against a collection of X-Men bad-guy all-stars, such as Sabretooth, Juggernaut, and good old Magneto, as well as wave after wave of faceless, disposable goons. Several other X-Men make cameo appearances, most notably Professor X, who acts as your own personal Obi-Wan Kenobi, offering tips on what to do next throughout the game.

The action in Wolverine's Revenge basically boils down to beating up anonymous thugs, sneaking up on anonymous thugs, flipping switches or finding keycards, and engaging in boss fights. The beating of bad guys simply requires you to mash on the punch button and occasionally block. Thanks to the game's dull-witted and predictable AI, just about all your fights will turn into the same fight, over and over again. When you have an opponent on the brink of death, or if there are several opponents coming in on you at once, the word "Strike!" will appear in the corner of the screen. If you press the action button in time, you'll be treated to a quick little sequence of Wolverine jumping around and beating the bad guys up with some style. As you progress through the game, more types of strikes become available to you, and they get progressively more visually impressive and outrageous. Unfortunately, the fighting that you'll actually have control over stays exactly the same from beginning to end, and the novelty of these canned kill animations isn't enough to make up for the otherwise shallow combat system.

Wolverine also has a rage meter that fills up bit by bit whenever you engage in combat or sustain some kind of damage. When the rage meter fills up, Wolverine can punch harder and run faster than usual for a few short seconds. But you can't go into stealth mode or perform simple tasks like flipping switches when you're in this heightened state. And since you have no real control over when Wolverine's rage will be triggered, there will be plenty of times when you'll just be standing around, waiting for the rage effect to subside so you can go about your business.

The stealth action in Wolverine's Revenge isn't much better. Activating the stealth mode gives Wolverine a sneaky stance and changes the color palette of your surroundings. Bad guys give off a glowing red aura, have arrows over their heads showing which direction they're facing, and give off a funky green smokelike "scent" wherever they go. In the stealth mode you can also see various laser trip wires, the field of vision of security cameras and automatic sentries, and the placement of mines. Pulling off stealth kills requires you to sneak up behind an enemy and hit the action button when the word "Strike!" appears in the corner of the screen. The real problem with the stealth action is that there's no variety, and the mechanics themselves often feel unfinished. Though you can sense the field of vision for security cameras and such while in stealth mode, there's no way of telling how far your live opponents can see. Also, Wolverine can sidle up against walls and peek around corners, but he'll also regularly sidle up against nothing at all, and it can be difficult to get him out of such a position.

Aside from the fancy claws sticking out of his knuckles and his wicked sideburns, the characteristic Wolverine is best known for is his mutant healing ability, which makes him exceptionally difficult to kill. To activate the healing ability in the game, players simply have to sheath Wolverine's claws. This mechanic isn't nearly as dynamic as it should have been, and it completely kills the pacing of the game. Whenever you're on the brink of death, you'll just find an empty corridor and stand around until you're back in fighting condition.

One of the key annoyances in Wolverine's Revenge is the punishing save system, which allows hard saves only at the end of a level and offers no checkpoints in between, putting you back at the beginning of a level every time you die. This would be less of a problem if the game didn't rely on trial-and-error mechanics so often, especially right near the end of a 10- or 15-minute-long level. Level objectives are sometimes needlessly unclear, and you'll undoubtedly find yourself running through certain levels over and over again.

The visuals in Wolverine's Revenge are probably the most polished aspect of the game, though they're not without their fair share of problems. Wolverine himself is well modeled, with a unique, stylized look, and reasonably well animated, usually erring toward a more-exaggerated physics model. The enemies and environments, both of which become repetitive quickly, still look decent. The problems here lie in the details. Clipping is a big problem, and it's not uncommon to see enemies sticking halfway through a wall, or for you to pass through railings and fences unscathed. When they're there, the shadows look pretty good, but they have a nasty habit of randomly appearing and disappearing. The game looks its best on the Xbox, though for what it's worth, the GameCube and PlayStation 2 versions hold their own. Of the three, the PlayStation 2 version is the least impressive, but the differences are still quite minor. The textures look a little blurrier, and there's a noticeable transitional pause when going into the stealth mode, a pause that isn't present in the Xbox or GameCube versions. The GameCube version holds down the middle ground between the two, with a slightly less stable frame rate than the Xbox version but a generally cleaner look than the PlayStation 2 version.

For all its problems, the single most grating aspect of Wolverine's Revenge is its sound design. The game features some decent voice work from veteran voice actor Mark Hamill, who does a good, gruff Wolverine, as well as some surprising turns from Patrick Stewart, Anna Paquin, and Kelly Hu, all of whom voice the same characters they portray in the X2 movie. The soundtrack is of the tense, orchestral variety, but it tries too hard to make every single moment a taut one and ultimately loses its effectiveness after the first hour or two. The most offensive aspect of the game's sound design is the in-game speech. Wolverine has approximately two different growls that he'll let loose whenever he performs a big attack or sustains some serious damage. Bad guys have about a dozen different phrases they'll repeat, and without fail, every single bad guy produces the same coughing death knell when felled. This unrelenting repetition is incredibly annoying, and it may be enough to inspire you to kill the game's sound altogether.

If the developers of Wolverine's Revenge hadn't been under the gun to produce the game in time to capitalize on the new X-Men movie, the end results would have probably been more polished and generally more playable. Instead, what's been produced is a game with some promise and some good ideas, but a half-cocked presentation and execution. It's certainly not the worst X-Men-licensed game, but Wolverine's Revenge is a game only the biggest fans of the comics could love. 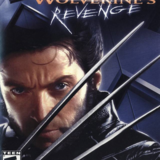 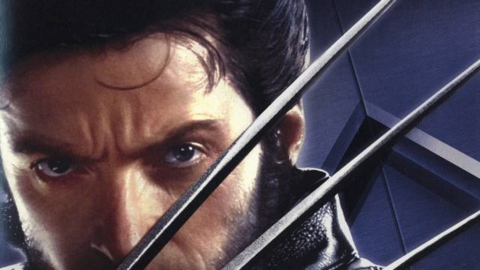 It's certainly not the worst X-Men-licensed game, but Wolverine's Revenge is a game only the biggest fans of the comics could love.