As the first rally racer to hit the PSP in North America, WRC is a good bit of fun, despite its flaws.

Sony's World Rally Championship franchise has been a big hit in Europe for years now. In fact, many would tell you that it's better than even Codemasters' famed Colin McRae series. However, in North America, our exposure to World Rally Championship has been minimal, at best. We haven't seen one of the games since 2002's World Rally Championship for the PlayStation 2--at least until now. WRC: FIA World Rally Championship is a PlayStation Portable port of the latest PS2 game released in Europe, though since we American types don't get the PS2 games over here, odds are you're looking at WRC as the first rally racer to hit the PSP in North America. On that merit, WRC is a success. It's got lots of tracks, several popular rally car types, and some really excellent visuals. Sadly, its multiplayer support is almost nonexistent, and a few gameplay quirks conspire to make the driving less fun than it could have been. Still, WRC is a good, solid first try at bringing the sport of rally racing to the PSP system, even if it doesn't quite nail every component.

The rundown of included features in WRC lists six major rally car brands, including the Subaru Impreza WRC 2005, Mitsubishi Lancer WRC05, Citroen Xsara WRC, and Ford Focus RS WRC. There are also multiple unlockable upgraded versions of all six cars that can be earned over the course of the game's career mode. Included in the career mode are 64 individual races spread across 16 country-specific rallies. You'll tour Great Britain, Germany, Greece, Australia, Japan, Finland, and more. While that might sound like a huge amount of content, you won't get access to a lot of these races until you unlock the higher difficulty settings. Playing the game on novice nets you only two races per country, so you effectively get only half the full career. But believe us when we say you'll want to start out playing on novice.

This is because WRC is, at its easiest, challenging, and at its hardest, punishing. Part of this has to do with the times set for each rally goal. As any rally racing fan will tell you, all traditional rally races are timed, single-car runs, and the times set to win some of these courses borders on unreasonable. However, they wouldn't seem so unreasonable if the game simply controlled better. If you plan on winning a race in WRC, use the D pad to steer your car. The analog sensitivity in the game is so overwrought that it borders on broken. If you turn a half-centimeter too far in any direction, your car will slide like an OutRun car dunked in Crisco. You might be able to get a handle on the analog control for general use, but the second any major hairpin turn comes along, you're in trouble. The D pad control, thankfully, is mostly good. It's a little undersensitive, if anything, but it does away with the majority of the slipping and sliding and lets you get a proper grip on most turns--provided you brake early enough. The brakes in the game never feel good enough to stop you if you're anything less than perfectly diligent in figuring out the timing to take a turn properly. Overshoot a turn by any measurement, and you'll find yourself in the dirt.

Idiotic difficulty and control wonkiness aside, WRC is a fun game to play. Once you get some practice with the driving controls, you'll get used to some of the game's foibles and simply enjoy the act of rally racing on your PSP. The tracks are nicely laid out with plenty of challenging obstacles to avoid, and the car physics--while a little on the arcade-inspired side--are pretty impressive for what's been seen from driving games on the PSP thus far. Some people might take issue with the fact that the game includes no options for manual transmission or any kind of damage effects that hinder your ability to drive the car the more you wreck. But considering how hard the game already is, and that WRC doesn't seem specifically aimed at being a seriously simulation-based racer, there's more than enough challenge to wrestle with, without all those hardcore sim elements making things even more convoluted.

There's also lots of content to race through. The career mode will take you a good long while to get through, but there are also plenty of individual rally and race modes to mess with if you're looking for a quick race or two on the go. The game loads quickly between races, so you won't find yourself waiting around endlessly for tracks to load. WRC also includes multiplayer functionality, but like in most rally games, it's pretty worthless. The only head-to-head ad hoc mode is a simple time trial race where you race against a ghost car outline of your opponent's car. The rest of the modes--which include full rallies and even a version of the career mode--are all turn-based on a single PSP. These modes aren't broken or bad, but they don't lend themselves to a particularly thrilling multiplayer experience. Then again, maybe it's asking too much for a developer to come up with a great multiplayer variation of a traditionally single-car sport.

WRC's best feature is its graphics. There are lots of pretty-looking PSP driving games out there that do flashier things than WRC, but this game nails a lot of the rally aesthetics exceedingly well. The race courses feature varied forms of terrain and weather effects, and no matter what you're driving through, the frame rate keeps steady at around 30 frames per second at all times. The car models are detailed and include more than just your average range of damage modeling. Bumpers don't just come off--they bend and twist depending on what you run into and where. Mud cakes over the attractive paint jobs of the cars over time, windshields crack, and dents will appear all over the place. The cars also have a natural movement that isn't completely realistic but looks really nice as you're driving along, taking big jumps and sliding around big turns. You might run into an occasional collision glitch with pieces of the scenery, but those problems aside, this is a wonderful-looking game.

The audio is considerably less impressive. The in-race sounds aren't the problem--the racing sound effects are all very good, and the copilot dialogue, while a little robotic, is nicely informative. It's the soundtrack that drags things down. The songs themselves are fine, including tracks by popular artists like Franz Ferdinand and The Walkmen. The trouble is that there are only six songs on the soundtrack, and they don't even play at random. You have to go into the options menu any time you want new music to play and switch the songs manually. Otherwise, the same song will play endlessly during races. There's no point in having a licensed soundtrack if it's going to be so limited in scope and set up in such a moronic way. At least there's an option to turn the music off.

WRC: FIA World Rally Championship is a thoroughly imperfect racer, but it's a good first effort at bringing the WRC series to the PSP. The flaws in the controls are impossible to ignore, and the overwrought difficulty is going to turn a lot of casual players off (and hardcore players might be irritated at some of the game's arcade-in-lieu-of-simulation inspirations). But with its superb visual presentation, wealth of courses, and genuinely fun (if flawed) driving, WRC: FIA World Rally Championship is a game that rally racing fans ought to take a look at. 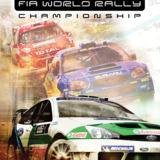 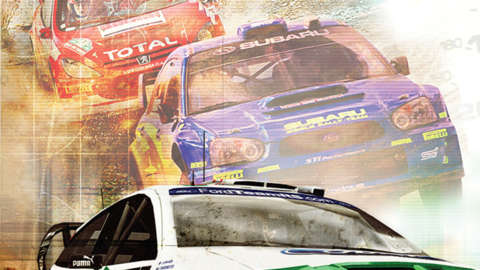 WRC: FIA World Rally includes 15 official rallies from around the world, as well as 30 cars to choose from.