It does right by the classic Worms gameplay, and it's probably the best-looking Worms game ever; but a shortness of features makes it feel a little bare-bones.

The past few years have been tough for the Worms franchise. This delightfully violent strategy series started off as a PC game in 1995, though by the time it reached its fourth iteration in 2001 with Worms World Party, its simple 2D presentation style had already fallen far out of favor. It seemed that series developer Team17 was strong-armed into taking the series into 3D by market forces, and though they had their moments, the 3D Worms games always seemed like a compromise. Xbox Live Arcade has proven to be an ideal venue for games that can't quite justify a retail box on a store shelf in today's cutthroat game business, and it's genuinely heartening to see Worms return to its 2D roots. Worms is a sharp-looking game, and though they're small, the worms themselves are surprisingly emotive. The core gameplay of antagonistic annelids still holds up nicely, too. The biggest problem with Worms on XBLA is that it lacks the back catalog of weapons, background themes, and voice packs that the series built up in its original 2D heyday.

You'll control a team of four fight-hungry little worms, and your objective is clear--death to all worms other than your own! Typically it'll be your team versus another team, though you can have up to four teams of worms going at it at once. The action is turn-based and time-limited, and with every turn you're given control of a different worm on your team--and you can control only one worm per turn. This adds an inherently strategic element to determining where within the level your worms end up at the end of a turn, as they'll be viable targets for any enemy worms in the meantime. As you might imagine, the worms don't move very quickly. You'll squeakily inch your way across the landscape, with the innate ability to jump and backflip over some obstacles. You can also use a ninja rope to traverse crevasses, an ability that proves to be indispensable at higher levels of play. Longtime Worms fans may notice that the ninja rope has been slightly handicapped, making it harder to exploit an old gravity loophole to access otherwise much harder-to-reach places. You can also place girders over gaps, or avoid them entirely by teleporting across the map.

Making the most of these mobility-enhancing abilities is important, though since there are few ways to defend your worms save for placing them in hard-to-reach nooks and crannies, offense is key to victory. A skilled Worms player should be able to take out enemies from the other side of the map. You're armed with an unlimited number of bazooka shells, and this is your default weapon, though tapping the B button will bring up a mayhem-filled menu of armaments to choose from. There are plenty of standard military-grade munitions, such as hand grenades, dynamite, shotguns, Uzis, landmines, and air strikes. It gets pretty crazy pretty quickly with stuff like banana bombs, exploding sheep, and Street Fighter-inspired melee attacks.

Getting to know your arsenal is important, as most ranged attacks require you to determine launch trajectory and velocity, and the projectile itself can be affected by wind conditions. It's a diverse, devastating, and often silly arsenal, but it's also pretty much what was in the 1995 release of Worms--though it's actually missing a few nominal pieces of gear that appeared there. That's a shame, because even by the 1997 release of Worms 2, Team17 had introduced a number of amazing and memorable new weapons, such as the holy hand grenade, the super sheep, and the old woman. The weapons that you do have, though, are still quite excellent, and they're effective at carving huge chunks out of the earth and sending enemy worms flying.

There are other areas where it feels as if Worms has skimped out. While the maps you'll play on are randomly generated, in reality there are only a handful of basic shapes that the land masses will appear in, and you're given only three unique background themes to choose from. That said, Worms is a really sharp-looking game, especially when viewed in HD. The backgrounds have a surprising level of depth, and the worms themselves, while relatively small, come across with some great, mischievous personality. Their squeaky voices lend them yet more personality, though again, you'll find only a half-dozen or so different sets of voices to choose from, a significant reduction from other Worms games.

There's nothing too surprising in the modes available in Worms, but save for a robust map and rules editor, it's pretty much everything you could want. There's a decent tutorial, a set of single-player challenges, and support for up to four players, both online and off. For all of the fan-favorite Worms content that didn't make it into this release, there's some consolation to be had in the fact that this game supports downloadable content, though that's content you'll all but certainly have to pay for on top of the 800 points (about $10) being charged for the game itself. So, it's a package that could've been handled better, but it's still Worms--a highly competent version of Worms, at that--and it's still a whole lot of fun. 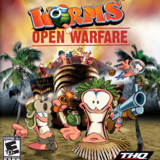 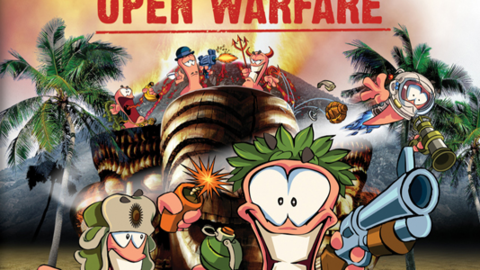