It may not be enough for veteran players looking for an entirely new experience, but World of Outlaws should satisfy anyone else who enjoys career-oriented oval racing.

It was just a few days prior to the turn of the millennium that Australia's Ratbag scurried from its burrow to unveil a very pleasant surprise for driving game fans: Dirt Track Racing. In stark contrast to the flash and glamour of the high-profile subgenres typically found in PC racing, Dirt Track Racing delved into the grit and grubby authenticity of the relatively low-level dirt track stock car. The game was innovative in both its subject matter and because it forced you into the multiple roles of driver, mechanic, negotiator, and entrepreneur while factoring in several aspects of a racing career.

Less than a year later, Ratbag continued its winning ways with Dirt Track Racing: Sprint Cars, a slightly different take on the dirt track format that involved those precarious giant-winged beasts of the real-life World of Outlaws series. Now, with its latest racing release, World of Outlaws: Sprint Cars, Ratbag drops the Dirt Track moniker but once again journeys down that familiar mud-encrusted road. The good news is that its latest World of Outlaws-inspired game is far prettier and more innovative than any other Dirt Track game to date. The bad news is that even with its updates, World of Outlaws is not so very far removed from its predecessors. And that may not be enough for some returning players.

Those unfamiliar with the Ratbag formula should know that it focuses on "drive fast and turn left" oval racing. There is, however, one key difference from most PC oval-based games: Unlike Papyrus' or Electronic Arts' NASCAR titles, Ratbag uses circuits constructed strictly of dirt and mud. What this surface does to your racing is really quite magical, especially when combined with Ratbag's phenomenal physics model. In World of Outlaws, you'll lose your grip in a flurry of mud and dust, and corners are best taken by swinging your car's rear end out and drifting through diagonally. It's an entirely different style of driving that's best suited to those who enjoy balancing on the very edge of control. Though you'll never end up driving at absurd speeds, this style of racing can definitely be exciting in its own right.

Essentially, World of Outlaws cars are wedge-shaped roll cages on wheels. Their "roofs" are actually enormous aerodynamic wings that can be moved forward and backward prior to or while driving to increase or decrease downforce. Right side rear tires are twice as big as those on the left, and the engine is a torque-filled monster.

While on the track, there's rarely a moment of free time. Aside from dealing with the game's excellent AI competitors (who battle hammer and tongs with one another even when you're not in their midst) and the very tight wheel-to-wheel action that ensues, you must make dozens of on-the-fly calculations. You must battle to win corners, preferably by carrying enough speed down the straightaway that you simply blow by your nearest competitor. If not, you must outbrake him in the corner, a decidedly riskier maneuver that may carry you into the outside wall or into another car, in which case you'd better know in advance whether the upcoming contact will throw you into a spin, a nasty end-over-end tumble, or a potentially damaging collision.

You must sometimes deliberately drop your speed and wait for large clusters of cars ahead to separate themselves before attempting a pass, or you'll risk being caught in the midst of a gaggle of sideways-drifting madmen. You must decide if and when to adjust your wing. And, because the game continues the tradition begun in last year's Dirt Track Racing: Sprint Cars wherein flying clumps of dirt and mud gradually obscure your view, you must decide when to remove your allotted tear strips. If you use them too early and still have several laps to run, chances are your windshield will end up being opaque by the end of the race.

In the game's superb career mode, those decisions are multiplied. With money on the line and costly repairs just a moment away, you may not want to take the chance of getting involved with other cars and instead settle for an unscathed mid-pack finish. And, as career races may feature local, regional, or full World of Outlaw fields--each featuring varying degrees of AI skill--you may even opt to skip certain events where the action will be particularly hectic, the track particularly narrow, or the competition particularly challenging. Furthermore, the career mode offers an endless series of decisions about whether to upgrade or repair your car, or try to squeeze out one last race before you head back to the garage. Ratbag has traditionally handled its career mode better than any other racing game developer, and that much hasn't changed.

What has changed is the physics engine, but only marginally. Now, a World of Outlaws car reacts better if driven somewhat more carefully through turns, with its nose pointed straight ahead or just slightly askew. Essentially, those massive sideways drifts are no longer a match for a well-executed corner where the car remains comparatively stable. The competition is noticeably tougher now too, thus eliminating all those inordinately easy early rounds of previous Dirt Track installments.

Otherwise, World of Outlaws continues to deliver the superb handling and very realistic track dynamics for which Ratbag has become known. Try driving off the groove in the mud or approaching a high-banked turn the same way as you would a low-banked turn and you'll soon see just how many physics variables Ratbag has utilized. Even longtime oval haters may find enough diversity in the game's 15 circuits (three of which are locked at the outset) that they'll at least temporarily set aside their prejudices. In fact, the three locked tracks are of the fantasy variety, combining an assortment of well-placed jumps and hazards and several opportunities to turn right.

Visually, the game is not quite on par with the genre's heavy hitters. It is, however, several steps ahead of any prior Ratbag title. The first thing you'll want to do is exploit the new gamma correction to lighten up what has traditionally been a rather murky gameplay screen. While making prerace adjustments, you'll undoubtedly notice the new menu interfaces. Whereas previous Dirt Track installments have featured relatively static, text-filled menus, World of Outlaws sports cool spinning 3D car models, prettier typefaces, and lots of polish.

You'll get an even better look at Ratbag's efforts when you enter the career mode. Here, you're shuttled between several 3D settings--from your garage to your office to the interior of your car hauler. In each location, you're asked to click on various objects or areas to access various options. Click on the office to enter new races or explore a potential new series. Head to the hauler to upgrade parts, purchase new vehicles, or affect repairs. Sadly, the new structure adds even more mousing and clicking to what was already a convoluted and time-consuming system.

If the game's career mode doesn't do it for you, you may want to try one of the many alternatives, including single race and time trials, both of which feature a wide variety of time-of-day, distance, and difficulty options. You may alternately use a third-party application for multiplayer. We found the competition exceedingly challenging--though a little wild at times--and the action and frame rate quite adequate. That said, we actually experienced problems getting the game to install and run properly on one of our test machines with a fairly conventional setup, though we experienced no other technical issues.

On the track, World of Outlaws offers several new graphical perks. Veterans will notice right away that Ratbag has eliminated the DOS-like overlay typefaces of prior games in favor of a showy new HUD. It has refined virtually everything you can see, undoubtedly to take advantage of today's vastly improved computing horsepower. The skies are more dramatic and full, the airborne dust is more prevalent, and the shadowing and lighting are more believable. The track surface textures are particularly impressive--they're finely detailed and add a great deal to the game's sense of speed.

Yet Ratbag has neglected to address some of the issues that have plagued the Dirt Track series since its inception. Most notably, the game continues to ignore a visual depiction of damage. Though cars can degrade and incur injury in a variety of ways that are realistically reflected in their performance and in the garage, they rarely look much less than perfect. Apart from a detachable front wing, nothing ever seems to detach or seriously deform unless you go out of your way to purposely total your car in a head-on collision; in these cases, your car may lose its entire rear wing.

And when vehicles do sustain damage, they do so in an erratic and unconvincing fashion. You may bounce off a competitor on one occasion and come up none the worse for wear. You may do it a second time and prematurely kill your car right there. It doesn't help that the game's collision sounds are uniform--a major wallop comes across very much like a gentle tap does. The engine effects are fair, but nothing like the fire-and-brimstone roar that these vehicles create in the real world and far from the growl of the engines in Papyrus' NASCAR titles.

Furthermore, Ratbag does not offer enough car setup guidance. In a game with such a complete garage facility and such a need to make good use of it, you'd expect a number of helpful hints as to which adjustments work best in which environments, but there are hardly any, which may make setting up a car an intimidating task for beginners.

World of Outlaws: Sprint Cars comes along at a time when Ratbag really needed to add some fresh paint to its once innovative but now somewhat stale racing stable. And indeed the game is a move in the right direction. It may not be enough for veteran players looking for an entirely new experience, but World of Outlaws should satisfy anyone else who enjoys career-oriented oval racing. 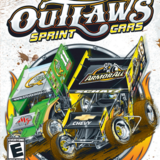 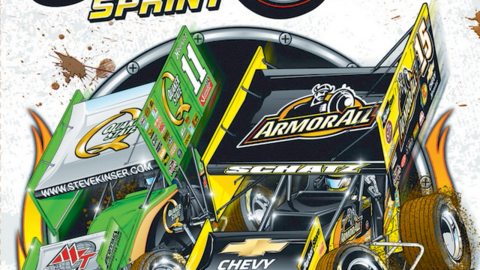 7.5
Sign In to rate World of Outlaws: Sprint Cars