The GBA version is a perfect conversion of the PC original, but that fact alone may limit its appeal.

While Doom is often credited with starting the first-person shooter revolution, it was actually id Software's 1992 release of Wolfenstein 3D for the PC that ultimately gave rise to games like Quake, Half-Life, and Unreal Tournament. Now, Wolfenstein 3D is available once again--this time on the Game Boy Advance. The GBA version is a perfect conversion of the PC original, but that fact alone may limit its appeal.

The setting is Nazi Germany, circa 1943. You're an Allied POW whose task is to uncover the Third Reich's plans for a genetically engineered army. Despite the wacky storyline, Wolfenstein 3D is actually just a basic first-person shooter. You can run, open doors, pick up items, and shoot. Along the way, you'll encounter a number of enemies--such as dogs, SS guards, or mutants--that you can kill in order to obtain more ammunition or health. There aren't any platforms or ledges, so aiming is always on the horizontal axis. As for weapons, there are only four: a pistol, a knife, a machine gun, and a Gatling gun.

For a first-person shooter with so few weapons, Wolfenstein 3D is surprisingly fun. The game makes no bones about its focus: shooting. Other than a few huge levels, there are no puzzles, mazes, or secondary missions. Rarely will you have to hunt down a key to unlock a door. Levels are so full of guards that it's almost impossible not to incite a massacre. At the end of each specific episode, a menacing boss character awaits for further bloodshed.

Despite all the mayhem, one thing you'll likely notice is the prevalence of swastikas and other Nazi symbols throughout the game. In fact, rarely do a few minutes ever go by without the appearance of some obvious reference to Nazism. Although the sheer amount of Nazi ornamentation may be a sensitive subject for some players, these adornments definitely instill a sense of authenticity--you are battling Nazis, after all.

Other than the Nazi decor, the game's graphics are average. Enemies are humorous and colorful, but they're also somewhat pixilated. The surroundings suggest a prisonlike setting, complete with jail cells, decaying skeletons, and the appropriate furniture, but the overuse of right angles and rectangular corridors becomes repetitive rather quickly. Thankfully, there are a lot of soldiers and guard dogs in each level, so you won't spend much time staring at gray bricks or wood paneling.

As for sound, there isn't any background music per se, but the various gunshot effects and German speech samples offer a good soundtrack nonetheless. Of particular amusement is when one of the SS guards wails "Mein leben!" (My life!) while dying.

The biggest problem with Wolfenstein 3D is its longevity. Like the original PC version, the GBA conversion has no multiplayer capabilities. There are 66 total levels spread across six single-player campaigns--that's it. While 60-plus levels may seem like a fair amount, that's barely a few days of gameplay for a dedicated player.

Taken on its own merits, however, Wolfenstein 3D is a fun and simple first-person shooter. Unfortunately, games like Doom and Ecks vs. Sever offer superior gameplay and graphics--as well as multiplayer gaming--so it's difficult to show enthusiasm for something as plain as Wolfenstein 3D. The game's optimal target audience would be younger players looking for an easygoing shooter, but the M rating and abundance of swastikas pretty much excludes the majority of this group, save for those with open-minded parents. 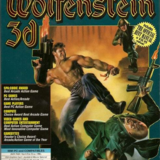 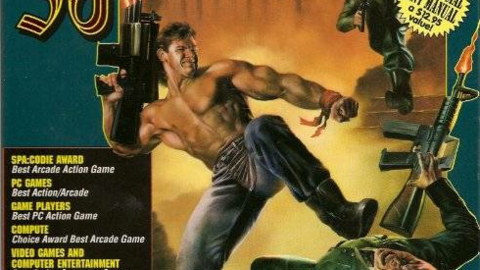