At the beginning of Windward, you're presented with four factions to choose from. In Tasharen Entertainment's maritime action/exploration game, these factions represent the four styles of play Windward nominally offers: exploration, combat, trading, and diplomacy (read: questing). In the game's yawn-inducing first hour, that may seem like an apt description for the potential in the procedurally generated world set in front of you. But as you sink more time into Windward, its similarities to Sid Meier's Pirates! reveal themselves to be a masquerade--yet it still finds more time for the yawns, for good measure.

Windward presents itself as a "chart your own adventure" high-seas simulator promising great ocean expanses, complex economic trading, diplomatic engagement, and high-octane sea battles for whoever wishes to find their inner Magellan or Admiral Horatio Nelson. You sail your ship (and the small fleet you gather at the beginning of the game) around procedurally generated seas trading goods, hunting pirates, laying siege to cities, and building diplomatic relationships with towns and opposing alliances. But every mode features the depth of a freshman-level philosophy course, and if you want to engage in any of the non-combat options the game offers, you must deal with rote, padding-fueled combat for extended stretches.

For a game that features an entire faction dedicated to trading, Windward's economy system is both comically simple and overly drawn out. The best way (honestly, it's the only reliable way) to gain money in Windward is through trading. You enter a town (through a bland menu) and either buy goods the residents have too much of or sell them goods they are short on. That's it. It never becomes more complicated than that. The aggravating, time-consuming portion of the system is that for the first few hours of the game, you’re stuck with ships with a two-slot cargo hold, which means you can only sell two trade goods at a time. So you're forced to waste time sailing around these large-ish maps unloading your cargo rather than taking care of a significant amount of business at once.

To further that aggravation, the questing/diplomacy systems--which feed into experience you get to make your ship better (read: survivable)--also take up space in your cargo hold. So, if you're ferrying passengers for a quest, you can only carry one trade good. That creates an interesting incentive to make sure you're maximizing your time, but it mostly creates an incentive to never quest (and therefore rarely engage in direct relationship-building services) because it never pays half as well as the more rote side of trading.

For a game that features an entire faction dedicated to trading, Windward's economy system is both comically simple and overly drawn out.

But, wait! Exploration! I love exploration! I will spend hours just walking around The Elder Scrolls V: Skyrim and not fighting anyone (if I can help it), or questing, or doing anything because I just want to take in the gorgeously realized environments. I will happily get lost in a part of Brooklyn I have never visited before because I will be overcome by the stunning Victorian houses, the trees that seem to be more than just streetside window dressing, and the innumerable churches that are genuine architectural wonders. Exploration in Windward never achieves a fraction of that pleasure, because exploration is fun and intoxicating only when you're presented with a space worth exploring. Gone Home is literally a walk through your house, but every nook and cranny of the Greenbriar abode offers a glimpse into the lives of that family. Eidolon drops you into a massive forest and invites you to get lost and engage in exceptionally subtle environmental storytelling. Windward gives you bland chains of islets and an ocean, and you're never without a handy course direction effect telling you where to go. An entire faction of the game has no reason to exist because it represents a meaningless portion of the Windward experience.

Combat exists to break up the monotony of the other three core mechanical loops in the game, but it gets stuck in its own rote monotony. It takes a couple of hours for your ship to get any combat capabilities beyond circling around your enemy, auto-firing, and waiting for the cooldown on your volley shot to refresh. That's dull but fair for the singular ships you encounter at the beginning of the game, but once you encounter more ships in the game's second area--Windward's admittedly massive world maps are broken down into significantly smaller chunks--success in ship combat becomes an arbitrary question of "will the game send more ships at me than I can possibly handle" until you get more upgrades. Conquering towns involves dropping anchor in a circle outside a port for a nominal period of time.

That feeds into Windward's most perfidious sin. Even if you decide you're really into Windward's exploration, trading, or questing, you can't properly engage in them without sinking a lot of time into combat once you reach the second area. Trading is totally blocked off until you've kicked all the pirates out of any given region. And pirates spawn rapidly in Windward, and they’ll take over towns if you lose your vigilance for even a second. Windward doesn’t give you the necessary tools to properly defend regions you've secured from pirates, leading to a constant hit and run. Even if you don’t engage in the game's combat, it still becomes the only element of the game you can interact with.

The opening portions of Winward have you falling asleep at your computer; later areas have you cursing angrily as every small victory you win is erased by the overzealous enemy AI (aided by utterly complacent allies content to watch town after town fall to pirates). The promise of exploring Windward's world as you see fit is a false one, and Windward never earns its sea legs.

View Comments (76)
Back To Top
3
Bad
About GameSpot Reviews 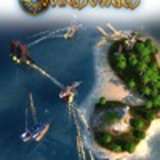 Don was intrigued by Windward's promise of exploration and playing your own style but either found himself falling asleep or bitterly cursing in frustration with every second during the hours he spent with the game.