If it weren't for the terrible control scheme, horribly accurate AI, and confusing terrain, this game would still be overly simple.

There have been plenty of video games based on military combat, so why not a futuristic Dreamcast shooter that puts you behind the controls of a space-age tank on a search-and-destroy mission to save all mankind? While the concept might sound good on paper, Wild Metal fails to hit the mark and instead delivers an experience not worth repeating.

While Wild Metal does have a storyline, the game doesn't bother to fill you in on it. There's no opening intro, no cutscenes, no mission briefings, and no real instructions on exactly why you're in a tank and on what you're supposed to do. This makes things confusing until you read the instruction manual, which tells you the backplot and informs you that your basic task is to pilot your tank through the levels, collect a bunch of multicolored power cores (one for each color of the rainbow, how nice!), and then bring them back to your ship. All the while you'll have to deal with a whole lot of terrain that tanks aren't exactly suited to, on top of destroying all the enemies contained within the level.

Force fields, sentries, mines, and other tanks will all do their best to stop you from achieving this goal, but you'll find your main enemies are the terrain and the poor camera controls. Since Wild Metal features a wide range of elevations, it's often difficult to see exactly what you want to look at, and the camera controls aren't that much help since the camera only rotates on one elliptical axis. Why any military force would choose a tank for this type of search-and-destroy mission is an obvious question. The terrain would be more suited to a drop ship or helicopter, as power cores are usually hidden in tiny crevices between mountains, and there's usually only one path you can take. And since there's no real map and only an amazingly oversimplified radar to tell you where to go, you'll find that you will be spending most of the time wandering around the level until you happen to bump into where you want to be going. On top of that, the terrain is so bland and repetitive that it's difficult to tell exactly where you've been, which makes it all that more difficult to complete your objective.

Wild Metal does feature a fairly nice turret system that, in theory, lets you move and fire in a manner similar to that of a real-life tank. Unfortunately, in execution the turret is always too slow, and without an actual aiming icon it's extremely inaccurate. The analog trigger buttons rotate the turret to and fro, and holding down the fire button controls the elevation of the turret. When you rotate, the camera follows the gun, leaving you to simply guess where you are driving. And since there are all sorts of pitfalls and mountains scattered about the level, you're sure to accidentally drive off the side of a cliff or up the side of an unscalable mountain in the middle of combat, leaving you incredibly frustrated. The overly complex control scheme is done so poorly that it's much easier to simply stop your tank altogether every time you want to take out an enemy. And since there's no sort of accurate way to judge the elevation of your barrel and the arc of your shots, you'll be forced to fire a series of shots that get increasingly closer to your target as you correct yourself. This pretty much ruins any sort of stealth that you may have had, and it's such a tedious process that it ruins combat altogether, and you end up trying your best to simply avoid any sort of hostile situation.

While the tank models themselves appear pretty sharp, the rest of the graphics look horrible. The terrain is a smattering of yellows and browns, making you wonder exactly what sort of planet you're actually on. With the exception of the occasional purple pipes or gray mesas, each level looks pretty much the same as the one before it - incredibly bland. Since the levels carry the same overall appearance, they start to blur together, and after a while it seems as if you've been driving through the same few mountains for the last couple of hours. In fact, the only thing that seems to separate the levels is the occasional night mission, which gives the graphics a slightly different spin, but on closer inspection you'll notice that the textures are still the same. The sound is extremely average, aside from a nice crunching sound every time you run over the scraps of recently destroyed enemies. What really kills the whole audio experience is the absolute lack of any background music. Iinstead of suspenseful music edging you on, you get to listen to the drone of the helicopter's rotors while you play.

The game does feature a multiplayer mode but doesn't take advantage of all four of the Dreamcast's controller ports. Still, you and a friend can have at each other in one of four different multiplayer arenas. If you want to make things more interesting, you can even change the session from straight fragging to scrambling to collecting all the power cores. Still, the multiplayer mode suffers from the same problems that plague the single-player mode, and it keeps Wild Metal from being any sort of game you'd want to invite friends over to play.

If it weren't for the terrible control scheme, horribly accurate AI, and confusing terrain, this game would still be overly simple. There are no difficult tasks set ahead of you - simply collect the cores and return to the starting point. It's unfortunate that the only difficulty found in the game is a direct result of the game's numerous flaws. With the Dreamcast's muscle, this game had plenty of potential, but it turned out to be a boring shooter so frustrating that it's hardly worth a rental. 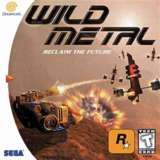 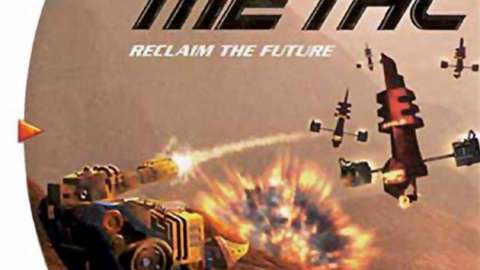 If it weren't for the terrible control scheme, horribly accurate AI, and confusing terrain, this game would still be overly simple.