Wargroove Review - The Doggos Of War

It's not often that fans' calls for a new entry in a series are ignored, only for an unrelated developer to come along with the perfect answer. And yet that's precisely what we have in Wargroove, an apparent facsimile of the Advance Wars series, which has has been dormant for more than a decade. But while its immediate appeal lies in filling a gap that few games have in recent years, Wargroove introduces smart improvements and impressive custom content tools that make this an experience that stands on its own as a terrific strategy game.

Wargroove's most basic gameplay is nearly indistinguishable from that of Advance Wars (a point of comparison that developer Chucklefish itself hasn't avoided). It's a turn-based tactics game set on a tile-based map in which you assemble an army, take control of structures that can build units or generate gold, and (usually) work to eliminate or destroy a particular target. Every action is a significant commitment; because units can't stack on the same tile and buildings can only produce one thing per turn, you have to carefully think through your strategy on each turn. The same is also true of engaging in combat; because damage is dictated by the amount of health a unit has, being aggressive can help ensure you take less damage later. None of this is new, but it serves as a solid base that Chucklefish improves upon.

Wargroove rekindles not just the classic gameplay of Advance Wars, but also its visual style. The pixelated, cartoonish maps are filled with small flourishes that help them to feel alive; birds fly overhead, fires burn, and the shadows cast by clouds slowly move along the ground. When combat begins, the action shifts to a 2D side view depicting the two units squaring off and showcasing a great-looking set of animations. The best of these belongs to the dog commander, Caesar, who exhibits a frankly impressive level of nonchalance, scratching himself and enjoying his time as his crossbow-wielding attendants do all the work. (Commendably, despite the presence of dog units--battlepups!--the amount of whining they do when taking damage is kept to a minimum.) For as nice as it all looks, I did find the breakdown of units' strengths and weaknesses--which consists of small, often similar-looking portraits--needlessly difficult to read.

Aside from swapping Advance Wars' firearms, jets, and tanks for swords, dragons, and magic, the most obvious change is how commanders work. Rather than serving only as a special ability that can occasionally be wielded, commanders are powerful units on the map you control like any other. In most cases, eliminating the other team's commander is one of the available victory conditions, so you always want to keep yours safe. But what makes commanders so interesting are the ways in which you're encouraged to use them aggressively.

Commanders each have a unique ability--the titular Grooves--such as healing nearby units, allowing adjacent units to act again during the current turn, summoning a friendly unit, and so on. These build up passively but are gained much more quickly by eliminating enemies with your commander, who unlike standard units also regains a small amount of health each turn. As a result, you're often wise to push forward with your commander in order to maximize how often you can use your Groove. But this presents you with difficult choices. Does it make sense to hurt but not kill a strong unit with your commander to mitigate the damage it can do and kill a weak enemy with another unit? Or should your commander secure that final blow to get your Groove that much faster, but risk suffering the strong unit's next attack doing heavier damage? Units each have enemies that they are strong and weak against, and terrain can provide defensive buffs or nerfs to account for. Along with that, commanders offer an additional consideration that make even a simple engagement into something you have to more thoughtfully examine.

The same can also be said for Wargroove's critical-hit system. Rather than being something that happens randomly, each non-commander unit has a specific criteria for when a critical hit will occur. Pikemen get critical hits when adjacent to a friendly pikeman, rangers when they attack without first moving, trebuchets when their target is at the edge of their attack range, and so on. As a result, you sometimes have to weigh the risk of overextending yourself to get a critical hit against the risk of leaving yourself in a more vulnerable position. In one case, you might put a spearman in danger just to ensure another one lands a critical hit; in another, you might retreat slightly with a knight on one turn so that on the next they can utilize their maximum movement range (triggering a critical hit) to kill an enemy and avoid suffering a counter-attack. The logic behind critical hit requirements is uninspired in some cases--those for naval units merely ask you to be in a certain type of water tile--but they add another welcome layer of depth to combat and an extra point of differentiation for units.

How you heal your damaged units is another tricky decision. The primary method requires you to move next to a structure you own and then pay gold that would otherwise be used to buy units or activate certain abilities. But healing like this comes with the downside of trading health from that structure (which slowly regains health each turn) to the unit (which does not). At times this means you won't necessarily be able to heal everyone, even if you have the gold to cover the cost. It also can mean leaving your buildings--and thus your source of income and additional units--susceptible to being lost. There are no easy choices here, and the aforementioned health regeneration of commanders provides you with the risky option of letting them tank damage and hoping they can recover from it for free.

Despite having so much to juggle, the action is rarely overwhelming. That's due in part to a manageable number of unit types being available; Wargroove's four factions are different in appearance only, although each has three commanders with their own unique Groove. While it's disappointing to realize the introduction of a new faction means very little, there are enough unit types and systems at play to keep things interesting. Having to account for dozens of additional unit types would have slowed each turn to a crawl as you try to remember how they all work.

Despite having so much to juggle, the action is rarely overwhelming.

What does unfortunately slow the action down is the process of determining the danger zone in which you can be attacked. Rather than allowing you to see the full potential attack range of the enemy team, you're only able to see it unit by unit. Especially when managing expensive aerial units who can be easily downed if they end a turn within range of certain anti-air specialists, it's essential to carefully check and re-check these ranges. This adds an unnecessary layer of tedium to every turn, particularly in the large-scale battles that see significant numbers of units in play simultaneously. As a result, turns take more time than they otherwise would in order to facilitate this busywork.

Those match times proved to be frustrating on occasion in the campaign. While I found myself having trouble in only a small handful of missions, those I failed often came near the end of 20- to 30-minute matches. With no way to create a mid-mission save, a loss can be dispiriting, especially if it comes as a result of an accidental click (it's far too easy to end a turn or order a unit to wait by mistake) or because you didn't notice an enemy unit and thus didn't account for its attack range.

Some of my frustration in those failures stemmed from the fact that I was eager to see what the next mission held. Most offer some new wrinkle, like the introduction of a new type of unit or a different overall mission structure (such as assisting in a retreat). While dialogue is funny at times, the story is forgettable, consisting of a string of conflicts that could be avoided if characters made a real effort to explain why they aren't enemies. The story is not a major part of the experience, though, and much of the world's lore is consigned to a codex. Besides, the consistently fresh ideas the action itself offers are all the reason you need to see the campaign through.

Even after completing the campaign, there are plenty of other ways to keep playing. Arcade mode presents you with a series of five battles and a light narrative wrapper for each commander, giving you a light campaign of sorts that you can see through in a single sitting. Puzzle mode more intriguingly presents you with a level that must be completed in a single turn, forcing you to ensure every move maximizes your damage output. Four-player multiplayer, with support for both local play and online, works well and presents a more worthwhile, unpredictable challenge than what the AI can muster. However, the lack of online support for private matches and AI players (available offline) are unfortunate omissions.

Wargroove's greatest potential lies in its custom creation tools. These allow you to make not just maps but entire campaigns filled with main missions, side missions, and cutscenes. These can be easily shared and downloaded right through the game. While the creation aspect of Wargroove is initially overwhelming--you're left to discover the many tools at your disposal with zero direction--the end result is the ability to create a campaign on par with the one that the game ships with. Diving into this creation suite won't be for everyone, but everyone stands to benefit from those who do. One minor gripe with this setup: There's no way to jump directly into a new map when browsing for new content, and failing on a standalone map unceremoniously boots you back to the main menu.

Outside of campaigns and standard missions, there's also the opportunity for map creators to develop entirely new ways to play. One example of this is baked right into the game with the Chessgroove map, which lines up two teams in a standard chess formation and permits players only a single move per turn. It's an intriguing concept, but one that quickly grows tiresome; because units aren't instantly killed as in chess, you can't quickly evaluate potential moves, turning what should be a relatively fast-paced affair into a boring slog. As disinterested as I was in playing Chessgroove again after my first match, it does offer a glimpse at what kind of outside-the-box concepts people might be able to come up with.

That's good news, because Wargroove is a delight to play, and the possibility of an endless supply of content for it is a tantalizing prospect. Chucklefish could have offered up a prettied-up take on Advance Wars with online multiplayer and called it a day. Instead, it's made meaningful improvements that make this both a satisfying answer to starved Advance Wars fans' wishes and a genuinely great experience on its own merits. 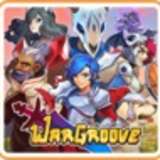 Chris is a longtime fan of the Advance Wars games and used to build nothing but Rockets and Bombers. (He regrets nothing.) He spent around 25 hours playing Wargroove on Nintendo Switch using a code provided by the publisher.