Mandatory teamwork is the glue that holds everything together in Warface, Crytek's latest slick-looking first-person shooter which takes the fight deep into free-to-play territory. Whether you're hoisting a squad member up to higher ground, replenishing dwindling ammo supplies, or using a defibrillator to revive a fallen teammate, a sense of compulsory camaraderie drives the intense co-op missions. If your team doesn't work together as a cohesive unit, everyone dies. It's a cool hook that can alternately forge strong bonds or throw your crew into bickering turmoil. But beyond its spirited cooperative battles, Warface just doesn't do enough to set itself apart from other military shooters pushing up to the front lines this year.

One of Warface's biggest shortcomings is its generic setup, which inspires precious little excitement. Pitting the G.I. Joe-esque Warface faction against the special-ops-costumed Blackwood forces, the bland conflict contains only subtle hints of the game's military context, which is delivered in rambling radio chatter while you're waiting for your chopper to touch down at the start of each co-op mission. Once the door blasts open and your squad bolts into the line of fire, vague references to terrorists and chemical compounds quickly devolve into "kill all of the bad dudes who are shooting at you." The quasi-futuristic setting affords a few opportunities for the game to throw giant mechs and soldiers in heavy power armor at you, but otherwise, it's all familiar stuff.

This lack of a strong identity spills into the game's competitive multiplayer content. Sure, you find a decent mix of modes on tap, ranging from standard deathmatch and team deathmatch to bomb-planting runs and territory capture, but it's hard to shake the "been there, done that" vibe of these matches. Still, the underlying action is punchy enough to keep you itching for another few rounds even when repetition sets in.

A slide maneuver offers one of the few interesting aspects of Warface's standard run-and-gun formula. Getting a running start, you can drop to the ground instantly to keep your forward momentum, while craning around to blast the kneecaps off unsuspecting foes as you slide by. It's a fun move that gets a lot of play, particularly around tight corners. The ability to lift squadmates up, alley-oop style, onto higher terrain and then get a lift up yourself is another cool maneuver that adds to the flow of battle. In general, combat speeds along at a blistering pace, and stage designs offer lots of diverse nooks and crannies to use for sneaky tactics and gaining the upper hand. While the four classes available aren't original on their own, their strengths and weaknesses are finely tuned for teamwork in a way that makes them a lot more enjoyable to play as part of a squad.

Some items are tied to a time restriction, which forces you to buy them again after the clock ticks down.

At first glance, the selection of assault, medic, engineer, and sniper classes seems painfully limited, but their interplay in co-op missions reveals greater depth than you might expect. Each of the four classes has a unique primary weapon--an assault rifle, a shotgun, an SMG, and a sniper rifle, respectively--and a secondary pistol and knife for backup. That sets them apart to an extent, but the additional abilities of three of the classes are particularly useful. The assault class, for example, is the only one capable of dropping ammo boxes to resupply your team's dwindling bullet supply. Medics are the only ones who can restore health, and the fact that they can revive fallen teammates is invaluable in tougher missions. Engineers are similarly in demand, given their abilities to plant explosives and apply armor to team members to keep them alive longer. The impact of one team member not doing his or her job properly can be catastrophic to the whole group. This makes the co-op missions both exhilarating and frustrating to plow through.

Instead of a cohesive campaign, Warface's co-op missions are one-off affairs that differ from day to day and come in several difficulty tiers. They pit you in multistage runs on a five-person team against droves of enemy AI in more traditional campaign-like stages. High risk and steady challenge make these increasingly punishing gauntlets the most heart-pounding encounters in the game. Once the chopper lands, your crew is on its own. Anyone who dies and isn't revived by a medic in time is stuck on the sidelines as a spectator until someone makes it to the next checkpoint and everyone is revived. This forces your crew to stick together and work as a unit, which is particularly important during brutal encounters with heavy mechs, attack choppers, and armored troops that can mow down a careless squad in one fell swoop. The necessity of teamwork works against you if you can't find the right mix of players to join you, but it also makes for lots of thrills when your group pushes through a crazy stretch in one piece. Warface smartly rewards successful team efforts with bonus experience and spendable points for a job well done.

Competitive multiplayer sadly doesn't encourage you to make strategic use of the four distinct character classes like the co-op missions do. For example, while speedy medics can revive downed teammates to hamper your opponents' efforts to score, players assume you'll respawn and largely ignore your cries of "medic!" to let you bleed out. As a result, your choice of class in versus modes mainly boils down to what kind of gun loadout you prefer. That leads to one of Warface's other key disappointments, which is the absolutely shoddy way it handles the free-to-play elements.

There's a ton of sweet guns and gear to unlock as you level up, but spending either in-game or real-world cash to buy new stuff for your soldiers gives you only temporary use of anything other than your starting weapons. Some premium items are tied to a time restriction, which forces you to buy them again after the clock ticks down, and other weapons get worn out and have to be repaired before you can use them again. For example, you can grab the EXAR-H Crown for a 14 day period if you're willing to throw down the astronomical cost of 14,000 crowns, a currency that is earned at an abysmally glacial pace in co-op missions. On the other hand, a different, less pricey gun only lasts a few days before disappearing. One machine-gun I picked up cost a respectable amount of coin, and in the matter of a few quick missions, only 94 percent of its life remained. Spending massive amounts of in-game currency, paid "kredits," or accumulated crowns to have to re-buy or repair a favorite weapon you're used to wielding is a real drag. Since in-game currency is earned at such a slow rate, you can sink some serious time into grinding away to buy a rad piece of kit only to wind up losing it after a busy day or two of gunning. This throws a wet blanket on a key aspect of the game.

Considering Warface is a sharp-looking game that you can play for free in your Web browser, you might be inclined to overlook some of its minor faults. The collaborative dynamic of co-op missions is the real draw, but the generic presentation and uninspired competitive combat don't take enough risks to push beyond what you've see done before.

View Comments (29)
Back To Top
6
Fair
About GameSpot Reviews 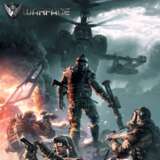 Nathan Meunier has been a first-person shooter enthusiast since the genre's early days of Doom and Duke Nukem 3D. For the purposes of this review, he spent around 10 hours busting virtual caps in strangers across tons of co-op and competitive matches. 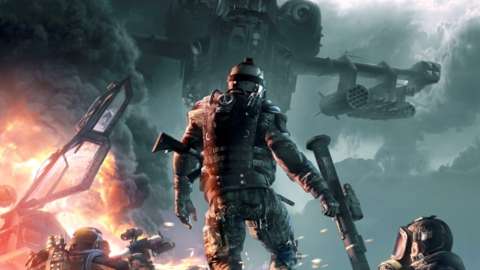 Warface is a free-to-play online game for the PC.