By publishing Warcraft II: Battle.net Edition, Blizzard Entertainment risks evaluations such as this, which are just as liable to berate the aging real-time strategy hit as they are to acknowledge Warcraft II as one of the most important games of the decade. After all, it's true that this modest revision of Warcraft II is ostensibly no more than a repackaging of the four-year-old original, whose once-impressive production values no longer meet modern standards. On the other hand, Warcraft II's great gameplay still shines through all these years later, and its graphics and sound have also withstood the test of time. And at any rate, Blizzard makes no false claims about Warcraft II: Battle.net Edition. It's an attractively packaged, well-documented reproduction of a continuously popular game, designed to provide Warcraft II fans with an online arena for multiplayer competition so that the game might live on even longer.

Warcraft II: Battle.net Edition includes the original Warcraft II as well as the Beyond the Dark Portal expansion, which collectively contain over 50 single-player missions. These are fun to revisit, but Blizzard's original plans to include an additional all-new Warcraft II Platinum campaign were scrapped in the interest of emphasizing Battle.net Edition's true intent: to provide the classic Warcraft II as is, with extensive multiplayer support and a few select gameplay enhancements. As such, the decision to forgo additional content in Battle.net Edition makes a lot of sense. If this new Warcraft II actually included sporadic additions to the original game, it might have upset fans who would have felt cheated into playing new missions for an obsolete game, as was the case with Westwood's halfhearted Dune 2000. But Blizzard played fair and clearly identified what's new and what isn't in Battle.net Edition right on the packaging.

As far as gameplay's concerned, what's new includes tried-and-true Starcraft control mechanics such as keyboard hotkeys for autocentering on alert events, unit groupings, and double-clicking to select all units of a type. Other typical real-time strategy features, such as production queues and waypoints, were not included in Battle.net Edition because they would affect the dynamic of the original game. Blizzard's oft-debated rule that limits you to selecting no more than nine units at once remains for the same reason. The game looks and sounds exactly like it did before (though hard-core fans will detect a few additions), and its colorful, cartoonish graphics hold up nicely, while its superb sound effects and musical score have hardly aged at all. The game runs perfectly - not too fast - on any modern machine, and play control and interface design remain as intuitive and accessible as ever. Warcraft II might be old, and it might feel simple by today's standards, but it still plays great.

It's true that the computer opponent in the single-player game relies on predictable if startlingly efficient tactics as always, but you're not buying Battle.net Edition to play against the computer. As a multiplayer game, Warcraft II is still quite fun and substantially more enjoyable than at least half the real-time strategy games released this year. Battle.net Edition provides extensive multiplayer options, including additional speed settings (which now remain constant throughout a match), variable starting resources, alliances, random race selection, and online map trading. Pioneered by Diablo and refined by Starcraft, the free Battle.net service itself is guaranteed to provide willing or downright zealous competition at all hours and lets you play against as many as seven other players at a time. Of further note, Battle.net Edition is backwards compatible with the original Warcraft II, and you can still install multiplayer spawns so up to eight people can play over a network with just one disc. Multiplayer gaming wasn't as popular five years ago as it is now, which means Warcraft II and all its particular nuances ought to have a fresh appeal as a competitive game, especially for those who didn't have access to a network or the Kali service back in 1996.

And that's exactly the point. Regardless of what some may think of Warcraft II, the fact is the game has retained a loyal following for nearly half a decade, and for all these many fans, Battle.net Edition provides a carefully designed, tightly focused opportunity for them to experience one of their favorite games within a contemporary context. It's unlikely that Battle.net Edition will rekindle the same strong feelings that made Warcraft II such a hit back in its day. But it's a perfect homage to Blizzard's classic, and as such, even this unpretentious rerelease smacks of the same high quality that put Blizzard at the top in the first place. 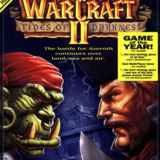 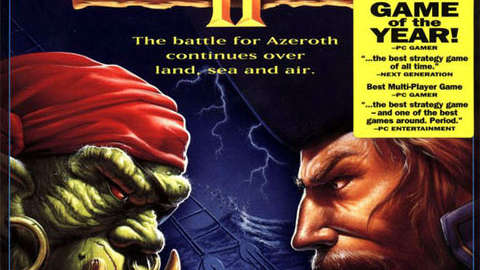