When you're creating an interstellar mercenary agency that handles jobs on alien planets, not even the sky is the limit. Although Wanted Corp has some nice imaginative touches, the action remains disappointingly down to earth. Fighting your way through hostile natives and capturing escaped fugitives in this dual-stick shooter is mildly satisfying at best and dull and repetitive at worst. Though most of the missteps are merely irritating, they tip the scales out of Wanted Corp's favor, draining the little appeal this downloadable game manages to muster.

There are two characters in Wanted Corp. MadDogg is a burly, dual-wielding firearm aficionado, and Irina is a slender sorceress who hovers a few inches above the ground. Deployed by an AI called Seersys, the two arrive on a half-explored planet to track down a Mohawk-sporting cybergorilla named Monkey Grunk. Though the planet itself has some lush flora and attractive design touches, the two protagonists exhibit no such flair. Their banter is insipid and poorly acted, and frequent line repetition only exacerbates their unlikable personas. Solo players can switch between characters on the fly, leaving the AI to control the other, or two players can team up locally or online to tackle missions together.

MadDogg and Irina each have a distinct skill set that you can bring to bear in their endeavors to capture monkey fugitives and kill local fauna. Moving with the left stick and aiming with the right, MadDogg fires a standard laser that comes in lethal and nonlethal varieties. You gain access to a few more guns as you progress, as well as grenades that you throw by aiming an awkward (and often difficult to see) target reticle with the right stick. MadDogg can also perform melee attacks in tight spots, and both characters can dodge away from danger, which is a helpful tactic for avoiding damage.

Irina's arsenal is more varied than MadDogg's, offering a few spells with more tactical implications. She can summon a deadly lightning strike or incapacitate her foes with a ring of light that bounces around the area until it captures an enemy or fizzles out. Irina also has a telekinesis ability that is useful for activating environmental switches or summoning debris to act as a melee or projectile weapon. The controls for throwing such debris are somewhat finicky, however, so it may take a few tries to get it working properly. Her two final spells--creating a protective barrier and making her entire body glow--are less useful. Though the wall can occasionally be a helpful defensive aid, the few seconds it takes to erect it properly often allow oncoming enemies to get inside your perimeter, rendering your barrier more of a hindrance than a help. The illumination power is only useful in forced sections where venturing into the dark quickly kills you and your teammate. Using this power leaves you with only telekinesis at your disposal and makes you feel awkwardly hamstrung.

During most of the action, you can simply depend on your two basic attacks. Subduing enemies with your nonlethal ability gives you the opportunity to beam them back to your ship for a bigger cash reward, so this is the preferred tactic in most situations. Using deadly ammo can more easily get you out of a tight spot, and because some enemies are destroyed when captured, simply blasting them to bits is fine. MadDogg's alternate guns can pack a helpful punch, but bonuses are bigger for captured enemies, so you will likely rely on your one nonlethal option. This emphasis on one weapon detracts from the appeal of your other offensive options and makes the action feel disappointingly similar. Even with the variety of enemies arrayed against you (including escaped simian felons, robotic defense systems, and exotic local creatures), your attack strategy remains the same throughout the game, making each level less appealing than the last.

The money that you earn for your mercenary exploits can be spent in your ship store between missions to upgrade your various abilities and attributes. These boosts are definitely helpful because enemies become more prevalent and peskier in later levels. You can also spend a significant chunk of it to revive an ally who is killed in combat. When your teammate goes down, you first get a chance to revive him or her, but the smallest touch from an enemy interrupts your attempt, making this all but impossible to accomplish with even a few enemies in the field. Once your ally has been teleported away, you can summon him or her back at a checkpoint pad or pay to bring him or her immediately to your side. Because each character has unique puzzle-solving tools, progressing alone can be impossible, so losing a mercenary is a major inconvenience. There's no clear indicator that you've hit a checkpoint, and having to restart can sometimes be a more serious setback than is palatable.

There are eight missions to play through in your quest to capture Monkey Grunk and the sinister mentalist named Barghest, and each one can take as little as 10 minutes (on a speed run) or longer than an hour (with a few unfortunate deaths). Online cooperative play works just fine, though finding a random partner can be tough as of this review. PlayStation Move support is a great addition, offering aiming precision that makes for accurate targeting, especially when playing as Irina. Unfortunately, Irina must select spells with gestures, but there's no way to look up how to select each spell during a mission. A training course teaches you how to execute each spell and they aren't tough to remember, but a more convenient reference option would have been nice.

Capturing or destroying enemies and progressing through levels can offer some mild satisfaction, but it's not worth taking interest in Wanted Corp because it lacks personality, variety, and excitement. Levels end up blurring together and feeling flat, squandering the imaginative potential of the premise and leaving you with the impression that being a space-faring mercenary might not be such a glamorous job after all. 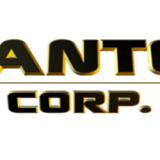 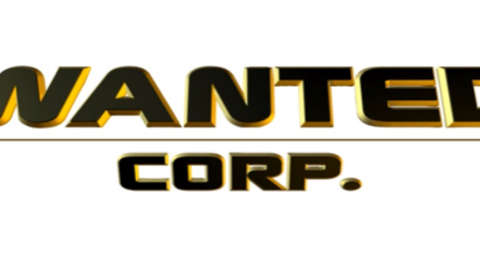 Wanted Corp is a third-person shooter in which you play as one of two mercenaries on a mission to capture fugitives on an alien planet.