Inconsistent presentation and licensing issues trip up Wallabies Rugby Challenge's run for the try line, but enjoyable gameplay and a wealth of modes give it a decent chance at life beyond the World Cup.

Wallabies Rugby Challenge (Jonah Lomu Rugby Challenge in some regions) launched after the poorly received Rugby World Cup 2011 game, and proves that being first doesn't always mean being best. This is the far superior of the two games, but both wear the battle scars of sports rights that have been divided down the middle. The large number of modes, focus on player and tournament creation, multiseason club career, and one-off tests help to ensure its longevity, but the game still stumbles as it goose steps to the try line.

Rugby Challenge does a good job of interpreting some of the sport's rules, which results in unique gameplay experiences. As scrums pack down and heads lock, you need to push both thumbsticks up in time with the thrust of the pack to jostle for position and ball possession. Though initially tough to nail the timing, it's rewarding and fun when you muscle your way against the feed and take the ball by force. Rugby is at its best when it flows, and rucks are an essential part of the way in which the sport is played, but the quick and heavy bind ruck actions when the ball goes to ground dampens the pace. First, you need to decide how many players you want to commit to the dog pile to retain or turn the ball. Once you've made that decision, you need to repeatedly press or hold the corresponding button as coloured bars go back and forth to determine the effort exerted. There is a genuine tactical consideration before stacking on bodies, because, by over committing, you leave gaps in your defense. But, it's frustrating when you lose possession, even after a significant investment of players, because the AI pounds faster than you do.

There are no set plays here to launch decoy runners or shield kickers that make field goal attempts, and as a result, you're forced to more carefully weigh up conceding possession with the hope of gaining ground before trying your chances at winning a line-out. Because of the omission of plays, you can expect to spend the bulk of your time spreading the ball around and running it, rather than pushing rolling mauls across the try line or bamboozling your opponents with cunning ruses. Right analog stick controls help fill the gap and allow you to deftly perform side steps, barrel through backs, and lure defenders with dummy passes. These are simple to perform, effective in use, and have a tangible effect on the opposition AI as it commits to a player that it thinks might get possession or fall victim to the power of a crunching shoulder barge.

Opposition AI players aren't the smartest lot. They suffer from a major case of the minor leagues as they bunch up, leave their positions, and fail to set collision courses; never taking the initiative to deviate and stop certain point-scoring opportunities. Late passing can also allow you and the AI to offload the ball well into a tackle. While it is useful to keep the ball in motion to avoid the slog of rucks, it also serves as a great source of recovery when the incompetent AI throws away control at unnecessary times, when it would have been safer to take it to ground.

As you bump up the difficulty level, the windows of time for line-outs and conversion kicks become smaller for you, while the opposition becomes more accurate. The AI doesn't scale accordingly, though; while it may be able to knock it through the sticks from the sideline on a blustering day, it still makes many of the same schoolboy errors found at the lower levels. Menu sliders allow you to tweak and fine-tune offload frequency and other settings. While they do help, the default handling options are less than stellar, joining the laundry list of quirks and bugs. The ball sometimes becomes trapped during play, with players on both sides scratching their heads at their inability to interact with it, while player models are slow to appear in the team management menus. Though they may show the correct names, they display the wrong player photos, showcasing the last team viewed. Most frustratingly, the game prefers to automatically default to the home side during team selection, even during multimatch tournament play. This forces you to carefully inspect your choices before kick off, lest you take over the campaign for one of your rivals.

Whereas its competition offered only a stingy smattering of game modes modeled after the Rugby World Cup for which it was authorized to use the official branding, Rugby Challenge battles its licensing restrictions by including a World Cup format clone alongside licensed use of the English Aviva Premiership, Europe's RaboDirect Pro 12, the French Top 14, New Zealand's ITM Cup and the Ranfurly Shield, the Bledisloe Cup, and Tri and Quad Nations. Licensers, however, decreed that the South Africa side wasn't allowed to come out and play, making Tri Nations an odd inclusion. The game also offers the aforementioned competitions as templates to create your own custom events, but regardless of which one you decide to tackle, each plays out similarly in format and appearance.

Australia, New Zealand, and the USA are all here legally, so expect player names, likenesses, and official kits, but the bulk of the European international sides are filled with imposters. Provided that you have the patience and the interest, international player rosters can be juggled and pieced together using players represented at the club level. While it's a simple enough process of scrolling through and headhunting from the various local teams, but you will run into issues trying to correct missing players when their domestic league has been left out.

The FIFA series' influence is clear and present here, permeating all aspects of the game's presentation. This includes its opening menus, broadcast-style camera angles, pre-match kick-around sandbox mode, and stat breakdowns at the completion of play. To its credit, Rugby Challenge has done a good job of imitating many of these elements and, in turn, has reproduced the experience of watching the sport live on television. From the moment that players run onto the grass and the band strikes up the national anthems of the battling sides--and, in the host nation's case, launching shortly after into the Haka--the game's visuals are slick. Small animation flourishes, such as the toss of a ball-kicking tee after a conversion attempt, the subtle congratulatory pat of a player who has scored a try, and the gentlemanly shaking of hands once the final whistle has blown, all help to give the game some much-needed realism.

Unfortunately, that same attention to detail doesn't translate to the audio. Commentary team Grant Nisbett and Justin Marshall call the action, and the two do so with about as much personality as your average accountant. While more often than not the audio accurately reflects the stuff happening on the pitch, the enthusiasm remains tightly under wraps; the same amount of vocal intensity is uttered in the dying seconds of sudden death during a final as when tossing the ball around the park in a club friendly. Worse still, dialogue appears to be generated on the fly by sewing together short audio snippets, with player names and score lines mentioned in a stilted and robotic manner. There's never a spare seat in the numerous world stadiums, as cameras pan around the arenas and the flags of supporters billow in the wind, but crowds mirror the same limited interest as the pros reeling off lines from inside the box.

Rugby Challenge includes a handy cheat sheet for those returning to the footy fold or taking their first punt on the turf. Tutorials (which were completely absent from Rugby World Cup 2011) and a brief but comprehensive rule video introduce players to the basic moves, doing a good job of leading you to learn your ruck from your maul.

Players who are after a real challenge will opt to circumvent the dodgy AI by taking the game online or playing local matches with friends. Four players can go at it on the same console, but limited online options restrict you to Quick and Custom matches. In the former, there are no game settings, weather conditions, or match-length parameters to tune. Teams are also picked blind, meaning that all but the most loyal of supporters will gloss over club sides to captain the more competitive international teams. Custom matches give you the chance to choose your stadium, match length, time of day, and weather, as well as toggle team balancing, but these matches are only available by inviting players from your friends list. While we had no trouble finding online bouts, and running the ball and tackling performed well, lag issues around scrum, line-out, and conversion kicking minigames hampered play. Leaderboard support tracks player performance online, but those who quit matches early aren't penalized with a loss for early withdrawal, so expect to be bumped back to the menu when others pull the pin prematurely to maintain their undefeated status.

Australian and New Zealand fans will benefit most from the inclusion of official teams, while European fans will need to do a little more ground work to build their sides of choice. The breadth of club teams represented and world tournaments available offset the spotty production flaws, while the inclusion of rolling seasons gives Rugby Challenge a shelf life beyond just the World Cup. Even with its faults, it is a fair and enjoyable rugby re-creation and worth consideration for fans of the sport. 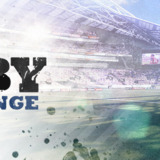 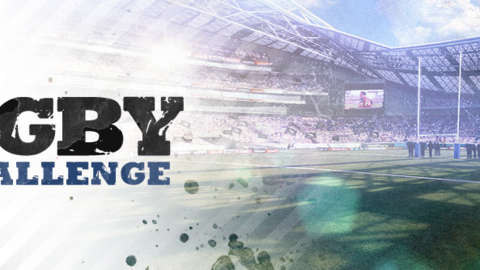