Virtua Fighter 5 builds upon VF4 with new moves and characters, making for a great sequel.

With 14 years of history behind it, the Virtua Fighter series offers a mature fighting system with plenty of characters that have been around since the beginning. Though the mode selection hasn't evolved much over that of Virtua Fighter 4, this fifth installment builds upon its predecessor's fighting system and is a better overall fighting game. If you're already on board with Virtua Fighter and you own a PlayStation 3, that statement should be enough for you to know that you probably need this game in your library. It's a fantastic fighting game with terrific characters, including some solid additions to the cast. If you haven't been following the series, it's likely that this game will feel arcane. It's not very beginner friendly, which may be a big deal to you if, for example, you're the average PlayStation 3 owner who's just desperate for something--anything--new. Either way, your enjoyment of VF5 is going to be a factor of your skill level as well as the number of people you have nearby to play with.

Competitive gameplay is what this style of game is all about, so let's start right at the top. Virtua Fighter 5 has the standard array of modes you've probably come to expect from a fighting game. There's an arcade mode, which gives you a score and puts you up against a boss character--Dural specifically, the same boss that the series has used all along. There's a versus mode for playing against a friend. There's also a dojo section that is meant to provide training in the game's various moves. However, since a fair amount of the timing in VF5 is different than its predecessors, it's almost criminal that this mode doesn't have any sort of "demo this move" button that shows how the move is done. The game doesn't really go out of its way to describe the different moves and stances, though the manual does feature a decent moves list, where you'll see what an "offensive move" is, which you'll need to know if you want to perform all of the moves in the dojo mode. There's also a mode marked VF.TV, which is where you can pit any fighter against any other fighter and watch the PS3 play against itself.

The deepest single-player mode is the quest mode, which returns from VF4 largely unchanged. You're given a basic map of a few different arcades, and you can travel to any one of them and fight against various artificial-intelligence-controlled players. These players are done up to resemble real people, in that the fighters are ranked, have a win/loss record, and wear various customized clothes, as if you're playing against an actual person who has spent time on his or her fighter. But the illusion quickly breaks down, as the fighters you're up against here never feel like actual human opponents. While the higher-ranked fighters are certainly less susceptible to basic moves and traps than the lower-ranked players, everything still feels very robotic. Also, there's no way to create your own AI profile. The ability to create your own profiles and acquire new ones online (which some other recent fighting games have done) would have given this feature a lot more meaning in Virtua Fighter 5. VF.TV ends up feeling like a throwaway mode, though it could have been saved if you were able to upload and download replays online.

Of course, once you start talking about online functionality, it's hard to ignore that Virtua Fighter 5 doesn't have any online play. Given the game's frame-specific nature, any amount of latency would probably be unacceptable, so there's probably a technical reason why it's not present. But without online play, you're limited to playing single-player, which doesn't put up an interesting, lasting fight for very long, or playing against your friends, locally. If you happen to live in a hotbed of Virtua Fighter activity, where you're persistently surrounded by Akira experts and your days are spent rabidly discussing frame data, that's most definitely not a problem. But if you're the only Virtua Fighter fan on your block, it's going to be a pretty lonely experience, especially once you start customizing characters that no one else will ever see and, well, crying yourself to sleep at night because your uncultured "friends" don't care that you unlocked Sarah's D costume last night and immediately purchased the pink leather shorts for her to wear with it. Don't worry, they're the ones with the problem, not you.

The gameplay in VF5 is still based around three buttons: guard, punch, and kick. Considering that there are plenty of cases where you'll have to hit multiple buttons, a joystick would be the best possible control option. But unless you're willing to start importing controllers, you're probably going to be stuck with the default Sixaxis controller. It's certainly functional, but hitting guard and kick at the same time can be tricky when you're trying some of the more timing-intensive moves, forcing you to rely on shortcut commands on the shoulder buttons.

The entire cast of Virtua Fighter 4 returns in VF5, and that includes professional karate man, Akira, who has served as the main face of the series over the years. But there's also Lau, who's looking older than ever, the constantly annoying Lion, the occasionally annoying Jacky, and so on. There are two new characters in VF5, as well. El Blaze is a Mexican wrestler who looks a lot like Rey Mysterio Jr. and uses a lot of great-looking wrestling moves. Eileen uses the martial art of kou-ken, which is just a fancy way of saying she sort of fights like a monkey. Her backstory paints her as a fan of Pai's who decides to get onto the fighting circuit after seeing Pai in action. Most of the existing characters play very similarly to how they've played in the past, though you will find a handful of new moves in there. Also, VF5 has a much more defined sense of scale to it. Huge fighters like Jeffry and Wolf look gigantic compared to someone like El Blaze or Lion. You can attach data profiles to characters, which lets you track your win/loss percentage and also gives you gold that can be used to purchase new costume parts for each fighter. There are plenty of choices, though most of them are fairly standard variations on the existing four costumes.

Virtua Fighter 5 is a great-looking game from top to bottom. The characters look great and animate well, with the lone exception of their mouths, and teeth, which just look a little off when characters speak at the end of a fight. There are plenty of different backgrounds in the game, and they all look great while also figuring into the fights. Some of them are walled off, giving you a surface to juggle fighters up against, while others are open, letting you win by pushing your opponent out of the ring if you can. The game runs at 720p on the PlayStation 3, which gives you a nice, high definition to work with, though some of the characters and stages can look a little pixelated in spots. Still, this looks like a perfect port of the arcade version, and it looks really nice. Those graphics seem to come at a bit of a price, though, as the load times between fights can be lengthy, which really slows down the action. It's a little puzzling, considering the game installs more than 2GB of data to the PS3's hard drive.

The sound effects in Virtua Fighter 5 haven't really changed much. You'll hear the same sort of jetlike sweeping noises when you execute specific types of kicks, the same slam noise when you jump on top of a fallen opponent, and the same treble-heavy crunches and slashes when you punch. Contentwise, that's fine, though most of the game's sound, even the speech, sounds a little low fidelity. The music is good across the board, with the same sorts of electronic-tinged rock that you'd expect to hear from the series.

Virtua Fighter 5 is a great fighting game that's specifically geared toward players who have experience with the series. If you've been playing Virtua Fighter for any length of time, this game is worth adding to your library, especially if you have other like-minded players in your immediate vicinity. But if you're a fan of other fighting games and aren't already familiar with Virtua Fighter, it's likely that you're just going to keep on wondering what all the fuss is about. 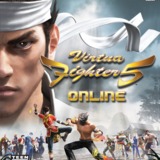 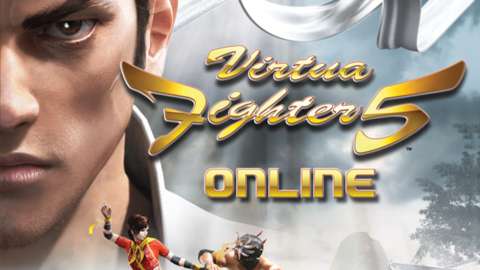 Sega continues its Virtua Fighter line in this latest installment.