Victorious Boxers is the most technically accurate interpretation of the sport of boxing ever made.

The sport of boxing has been interpreted so many different ways in video games over the years, from arcade-style games such as Mike Tyson's Punch-Out!! and Ready 2 Rumble to more traditional boxing games such as Foes of Ali and Knockout Kings. But out of all the games, not one has ever really captured the feel of the sweet science as precisely as Victorious Boxers has.

The game represents the sport like no other game before, with an extremely precise and responsive control scheme that really lets you feel as though you're in the ring. What makes the game's control so special is the use of the left analog stick to control your fighter's upper-body movement and his footwork. This is accomplished by gradual analog movement--the farther you move the stick in a direction, the farther the fighter moves. For example, if you push the analog stick just slightly, your fighter will bend at the waist in that direction. The harder you press, the more he'll lean, until the stick is pushed all the way, which then makes your fighter shuffle in that direction. This control scheme lets you slip jabs, crosses, hooks, uppercuts, and everything else your opponent throws at you once you get a feel for it, which is something that comes in time. Once you do get a feel for the game's control, boxing in the game fairly reflects a real-life boxing match. You start moving around your opponent, trying to get an angle of attack, and then you slip jabs and throw counterpunches. The game's controls are incredibly responsive, making every action on the controller an instant reaction on the screen. The only problem with the control is that the fighters don't automatically align themselves fast enough sometimes, which in turn leaves your fighter vulnerable for an unnecessary amount of time.

In addition to the game's true-to-life control scheme, Victorious Boxers uses an incredibly realistic damage system that closely mimics all the variables you'd find in the ring. For starters, the game doesn't have any life bars, health meters, or any type of artificial indication of how much stamina or strength you have left. Instead, you have to simply hit and not get hit just like in real boxing--the only indications of how well you're doing are the reactions of your fighter and your opponent. If you throw too many punches within a short span of time, you'll see your fighter's speed and agility start to diminish, indicating that he's tired. If you're landing some really good, clean punches, you'll see your opponent stagger momentarily after he's hit. These indications are just like those in real-life boxing, and in turn, they create real-world boxing situations, as the fighters in the game are more susceptible to being knocked out when they're tired. For instance, you get your opponent in trouble and throw every punch in the book, but he manages to survive the attack. Your fighter is now tired and weakened from the exchange and ends up on the canvas himself. This scenario usually happens only in the later rounds of a fight, when both fighters are more likely to become fatigued after an exchange. But throughout the entire fight, you also have other variables, such as flash knockdowns and plain old knockouts.

The game has two basic modes of play, versus and a single-player career mode. The versus mode is a standard one- or two-player mode that lets you play as or take on any of the game's fighters. The game's career mode lets you climb the ranks in an attempt to get a shot at the title. In between matches in the career mode, your trainer gives you advice and tips on how you should fight your opponent. The fighters in the game are all based on a popular anime series in Japan--this fact, along with some rough Japanese translation, may turn a few people off, but every fighter has individual strengths and weaknesses. Beating opponents in the career mode takes time, since you really have to feel out each opponent and see what his tendencies are, listening to your corner before a fight really does give you some insight as to what to do in the ring, which makes it easier for those who might not know what to look for. Knowing your opponent's weakness, however, is only half the battle, so you really have to keep your eyes open and take advantage of the openings your opponent gives you to land a clean punch. Defeating the opponents within record time in the career mode unlocks other boxers that you can use in the game's versus mode.

Graphically, Victorious Boxers isn't the most stunning PS2 game we've seen so far, but the visuals are very well done. The models used for the boxers are extremely smooth, and they feature muscle contours that give the fighters' bodies a fairly realistic look. The animations of the fighters moving, throwing punches, and reacting to punches are fantastic. They move extremely realistically, and they are fast and fluid, with no animation hiccups to speak of. Fighters stagger, fall, and trip over themselves, and they even feature facial expressions, as well as visual damage that shows cuts and bruises. The crowd and arenas are adequate but not very impressive, as the audience is a collection of 2D sprites that have two frames of animation. The lighting and shadows in the ring lend a touch of realism, even though the boxers are cartoon-style characters. In the audio department, Victorious Boxers does a fairly decent job of entertaining your ear. The game pulses with Japanese techno music and delivers relatively authentic sound effects, including a ring announcer.

In the end, Victorious Boxers is the best video game interpretation of the sport of boxing ever made, which for a die-hard boxing fan more than makes up for the fact that the game doesn't have real boxers or venues, as does Knockout Kings. If you've been looking for a true boxing simulation, it's hard to go wrong with Victorious Boxers. It doesn't have everything you could want, but it certainly gives you the feeling of being in the ring, thanks to its very well-thought-out and responsive control scheme. 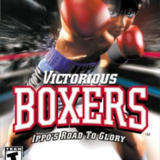 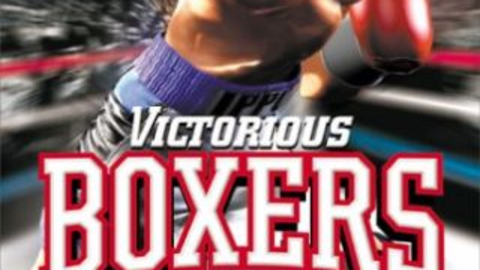 Victorious Boxers is the most technically accurate interpretation of the sport of boxing ever made.

7.8
Sign In to rate Victorious Boxers: Ippo's Road to Glory