Venetica has too many flaws in just about every facet to make for an engrossing role-playing experience.

A great introduction is not always a portent of things to come. Venetica begins in the middle of chaos: Murderous bandits have taken their swords to a small mountain village. They move with deadly precision, laying waste to the meager buildings while slaying any red-blooded protector who tries to stem their violence. And just when this vile rampage draws to a close, you find out that the heroine, Scarlett, is the daughter of Death. It's an opening that's worthy of an epic adventure, but it quickly becomes clear that Venetica's potential has little chance of being realized. A stuttering frame rate is the first sign that this journey will not unfold unhindered, and the problems only grow more prevalent as the hours pass by. Shallow combat, a deluge of repetitive quests, unhelpful waypoints, and a skill tree with few long-term rewards snuff out the initial flame of hope, and frequent load times continually interrupt the flow. Despite the personable protagonist and often beautiful world urging you forward, the myriad problems make it difficult to get sucked in.

Scarlett does not embrace her role as a hero willingly. In the midst of the dying cries emanating from her formerly peaceful village, one soldier's sacrifice cuts much deeper than the rest: her beloved Benedict dies protecting her. It is this act that fuels Scarlett's quest to seek vengeance on those who caused her loved ones so much misery. The primary story thread in Venetica revolves around the doge of Venice and his unseemly counselors who have turned the fair city into one teeming with mercenaries and necromancers. Cutscenes sprinkled throughout the game highlight the villainous individuals at the heart of the problems, but their evil laughs ring hollow because they're depicted as one-dimensional caricatures. Victor is the mastermind behind this insidious plot, and he does fill the part of evil megalomaniac adequately enough, but his predictable motivations give him only slightly more life than the people whose strings he's pulling.

That's not to say the story is without any lure at all, though. There is a chance to get invested in this tale when you have a choice in how certain situations play out. Unlike in many other role-playing games, decisions are not tied to a morality bar, nor do you need a certain amount of charisma to say specific things. Instead, options are open to you from the beginning, and you mold Scarlett into whatever character you fancy. These decisions shape the way people view you and make various quests open up, depending on what road you choose, but more importantly, they give Scarlett a personality you can relate to. Many times, the choices you have are small, limited to the situation directly in front of you with no long-term ramifications. Ultimately, it doesn't matter if you choose to attack a tight-lipped prince to find out a password or befriend him with kind words: you get what you need either way. But by having the option to approach this situation from different angles, you form a connection with the protagonist that you may not have otherwise formed. You have many open-ended choices throughout this adventure, and they serve as the strongest hook tethering you to this world.

It's when your character interactions switch from wordplay to swordfighting that things take a noticeable turn for the worse. Combat in Venetica is shallow and easy, relying on little more than rhythmic button tapping to get you past any foe. You have a few different weapon types at your disposal, each with a unique strength and weakness, which does open the door for some mild strategy. For instance, your heavy hammer cracks the shells of bioluminescent crabs in a pinch, and you need your cursed moonblade to put down any demon who threatens your life. But that's the extent of the planning required to slay the men and beasts that stand in your path. Being Death's daughter, you do have one handy trick up your sleeve. If you should fall in battle, you are whisked to a plane that resides between the living and the dead. In this shadowy realm, you can regain your lost health and move to a more advantageous location, provided you have enough afterlife energy stored up. This momentary reprieve from death doesn't have a significant impact, but it's nice to have a "get out of coffin free" card when you die by unfair methods.

Even though Venetica's combat requires little more than shallow button mashing, it's so riddled with problems that it can be frustrating if the tides turn against you. First of all, each of your four weapon types has a unique block you have to unlock. You manually map block to the D-pad or circle button so you can make use of it in battle, but because you're constantly switching between weapons, it's a serious pain to ensure the proper block command is equipped. Thankfully, you can just roll out of the way of most attacks, but this presents a new problem. It's far too easy to get stuck on pieces of the environment or even your enemies, and the camera is often so tight that it's impossible to get a good look at your surroundings. Furthermore, for as docile as your enemies are for the majority of your outing, they can be downright vicious when the mood strikes them. In a blink of an eye you can be cut to shreds, and this can be maddening because it usually happens when you're trying to roll away but get caught on a doorway.

Mediocre combat in a role-playing game can often be mitigated by a wealth of unlockable abilities, but Venetica offers no such reward. As you level up, you do get to sink points into your four core attributes, and there are additional moves you gain access to, but this has such a small effect on the gameplay that it's little more than a tease. The magic attacks are quite tame--you can summon crows or slow enemies down, for instance--and they are so cumbersome to use that they serve little purpose other than add diversity when you get bored with spamming the attack button. There's almost no reason to use these spells for the vast majority of fights. First of all, many enemies are resistant to your stronger spells (demons are immune to any health-draining attack, for example), so during those moments when you really need a bit of razzle-dazzle, your opponent is frustratingly resilient. Furthermore, most attacks have such a large recharge time that if you do use a spell one time, you'll end up finishing off any enemy with sword attacks before you even have a chance to cast another spell. Finally, you have only five free buttons to map special abilities to. Considering you have blocks, health items, magic spells, and sword flourishes for these few buttons, it's hard to take advantage of all the skills at your disposal.

Sadly, questing isn't any more entertaining than combat. There are tons of missions to embark on in Venetica, but most boil down to killing a certain group of hostiles or collecting a set number of a rare object. Because the quests are so straightforward and the combat is so simplistic, it's possible to go through large portions of the game on autopilot. Walk through dark catacombs or pristine jungles until you find your target, tap the attack button a few times, and then reap your rewards. It's a sleepy rhythm that makes your entire journey turn into a tangle of indeterminate threads. It's tough to remember where you were or where you're going because everything gels into an indistinguishable mass of nothingness. Much of the game plays out in this mindless manner, and there are long stretches that are even more directionless, so much so that you'll be begging for the return of the turn-off-your-brain quests. The map system is the biggest issue here. A green mark is supposed to show you where your next objective is, but it doesn't always appear, and oftentimes it appears in the wrong place altogether. The quest descriptions are equally unhelpful, so you find yourself wandering around cities until you figure out what you need to do to move on.

The quests are often directionless and repetitive, but Venetica isn't always arduous. The odd missions where you have a choice in how things play out help to keep things fresh, and the scenic vistas do a good job of giving you something pretty to stare at while you walk from one area to the next. Despite the aged technology on display, this is a good-looking game that has many thoughtfully constructed buildings and eye-catching nature preserves. Whenever you enter a new area, the camera pans out to give you a sweeping view of your surroundings, and it's a land that just screams to be explored. Granted, when you actually poke into every nook and cranny, you find only old coins and worthless swords to collect, but the intangible rewards make it a pleasure just to walk around. Unfortunately, the technical limitations are too much to ignore. The frame rate is an uneven mess. It stays steady in enclosed places, but once you break into the open, its jagged starts and stops make the game downright nauseating at times. Furthermore, every building you enter has a load time, and just getting where you need to go often has so many breaks that you lose track of your bearings. It's a shame there are so many technical foibles, because Venetica could have been much more visually impressive.

There isn't one element of Venetica you can hold up as something really great. The bits and pieces that make up this adventure sound fine in theory--lots of quests, diversity of spells, picturesque backdrop--but all come with warning signs. Venetica is not a terrible game by any stretch, but its elements are so mired in mediocrity that it's often difficult to see the good hidden behind the sea of problems. Scarlett is a strong protagonist, and it's really easy to get behind her quest because you play such a pivotal role in shaping who she is. But one strong character is not enough to make this lengthy RPG worth playing, and there isn't a unique hook to make this feel different from other games. Unless you've exhausted the wealth of superior offerings out there, there isn't much of a reason to visit Venetica's disappointing world. 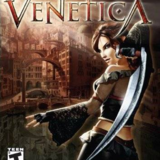 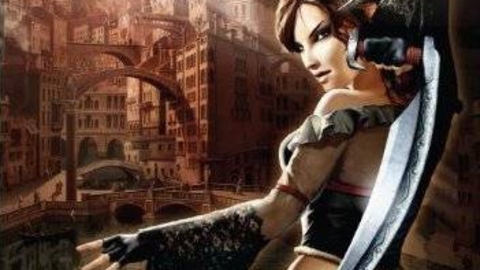 Take on the roll of Scarlett as you develop and use her powers to save her father and curse the necromancer.