Keep on the move.

Velocity 2X is interactive poetry. All of its pieces, all of its movements, all of its systems and mechanics flow seamlessly into and out of one another to create a constant tone of movement and a feeling of endless flow. A mistimed jump, a poorly placed shot, and even death are merely delays; brief hurdles in your pursuit of a perfect run. Velocity's influences are clear from the outset--Metroid, Mario, and countless classic shoot-em-ups. Molding such disparate genres together isn't easy, but Velocity manages to create a tight, focused experience with a stunning level of finesse.

At any given point you could be at the helm of a blazing-fast ship equipped with the ability to teleport anywhere, or you could be running around as a not-so-subtle reference to Metroid's Samus Aran--arm cannon and all. Velocity 2X opens with the capture of protagonist, Kai. Shortly thereafter, she undergoes numerous cybernetic experiments, giving her an extraordinary set of abilities. Even without a complex or gritty narrative, Kai's arc as a protagonist is still sympathetic. She regularly flashes between aggressive, sassy, humorous, and even nostalgic. Phenomenal artwork that is crisp and prismatic helps reinforce that broad emotional spectrum. Cel-shading mixed with some clever lighting gives Kai and the world she inhabits a palpable sense of weight and presence. Velocity 2X pulls heavily from its 2D inspirations, but adds distinct visual layers that give the environments depth. That flair effectively communicates both the emotional context for any given scene and helps highlight obstacles to you so that you can keep up your momentum without having to pick through convolution.

Velocity offer more than impressive visuals, though. The early stages introduce each gameplay type separately so that you can familiarize yourself with how each works. Later, once you've mastered them, it blends all of these ideas together while doling out unique twists. That's critical, too, because the game is layered and nuanced to such a degree that it takes an entire campaign to move from “comfortable” to “fluent” with all of its mechanics. Velocity 2X uses a novel approach by using the entire game as a tutorial and subsequent runs as the challenge. That only works because there's a steady progression that runs throughout. Each stage feels like an incremental step up in difficulty that loops back around to the beginning areas. Perfectly finishing an early level is substantially harder than merely completing one of the later ones, and that helps you feel like you're still growing and learning the second time. The unfortunate side effect of that approach is that the finale lacks the appropriate thematic climax. Tension is constantly ratcheted higher and higher, but there's no release at the end--just another loop. It's a small issue, but it's also the only thing holding Velocity 2X from utter perfection.

The first few areas teach basic ship movement. From there, Velocity 2X folds in its brand of teleportation, which is a lightning fast flick-based affair. It's a novel way to move throughout your environment. Walls fall away and your path through any given level takes on another dimension. It does take some getting used to, however. Initially I felt like I was haphazardly bouncing around. The harsh sound of a warp and the smooth animation make these micro-jumps consistently satisfying, but I didn't realize how beautiful that could be until my second round. Starting a jump requires careful aiming, and when you're racing through a new section it's easy to mess that up and accidentally kill yourself. That doesn't matter though, because death is never a big deal. You respawn quickly, losing little more than a second or two most of the time. On the second, third, or fourth time through, you'll have become familiar enough with the area to plan and calculate warps rapidly that are safe but imprecise. That's supported by a forgiving aiming system that favors snaps of the joystick over meticulous targeting. Latter levels will have you play as Kai on foot, where there are even more environmental dangers. To compensate, teleportation works only at set distances for each of the four cardinal directions, and keeps the action-platforming from becoming unnecessarily lethal. When combined with the dashes and jumps introduced later, movement in Velocity 2X becomes an elegant system for expression. Dashing, shooting, jumping, and more help flesh out the later stages.

After the pieces have been introduced and tested in controlled environments, Velocity 2X starts combining them in increasingly complex sequences with longer, sometimes labyrinthine challenges. Telepods allow you to set up long range warp points, and they facilitate puzzles that have you completing some parts before flashing back to the beginning to take an alternate route. It's a brilliant system that creates controlled bursts of backtracking without the monotony that often follows. In one level, literally called “The Labyrinth,” you'll have to set up these points across the map and warp back repeatedly as you unlock new zones. It sounds slow and tedious, but teleportation is integrated so smoothly and completely that it always feels perfect, maintaining that core focus on speed and momentum.

That constant pressure to move forward and be faster creates micro risk/reward moments. You can't dash while also using your main arm cannon when on foot. You still have access to a larger rifle that can only fire left or right. That mechanic forces you to sacrifice speed for protection or vice versa, and encourages you to put yourself in danger to move just a bit faster. Similarly, while in the ship, your boost pushes the whole map upwards. Holding that speed can catch you on ledges, killing you as the screen continues to scroll. The trade-off provides depth and enough emergent variety to keep every run on nearly every level fresh. Each of Velocity 2X's ingredients are basic in themselves. Shooting down enemy ships isn't interesting on its own, but when combined with an exceptional system for movement and tied to an omnipresent clock, it feels truly special.

A mistimed jump, a poorly placed shot, and even death is merely a delay; a brief hurdle in your pursuit of a perfect run.

You feel the running theme of momentum constantly. Velocity builds its play to feel uninterrupted. Death isn't a mark of failure. Shifting between story and play isn't marked by a shift in background music. Fractions of a second separate ship combat and platforming. Sleek animations and consistent frame rates graphically sell the motif. Players can shift seamlessly between the PS4 and the Vita, and Velocity 2X is just as gorgeous and just as fluid on both. There's never a dropped beat, never a moment where you aren't moving, and you can always be faster.

View Comments (115)
Back To Top
9
Superb
About GameSpot Reviews 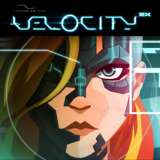 Daniel has mastered the first 26 levels, and hopes to get perfect scores on the remaining 24 soon. For this review he spent about 20 hours over the course of two weeks playing the game on both the Vita and the PS4. He also bugged his friends relentlessly, muttering that the game "looked like silky butter dripping on [his] eyeballs." 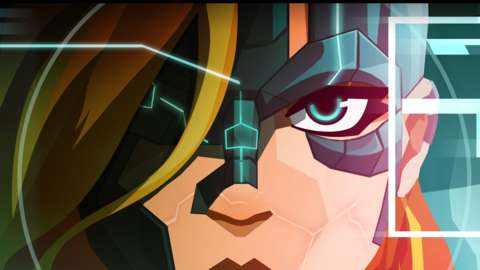