Vane opens in a storm, as the small child you're controlling is buffeted by strong winds and must figure out the path forward. Invisible walls stop you from going the wrong way, a lot of the debris flying around is clearly floating up through the floor, and the ambiguities of the scene--you’re not told anything about your character or their situation--make it hard to get invested. Vane doesn’t make a strong first impression.

After this brief opening, you're thrown into a new sequence where you're playing as a bird. You take flight and soar through a huge environment, looking for the distant sparkles of windsocks that you need to find and land on so as to meet and unite other birds. This is all communicated wordlessly, and despite the enormity of the environment those sparkles signpost where you need to go and what you need to do. The controls take some getting used to, but it feels great to be let loose on a huge expanse after that earlier, restrained experience. This opening represents the duality of Vane, a game that occasionally feels epic and exciting but which is also burdened by moments of sluggishness, all manner of glitches, and a camera that refuses to behave.

The child you control can, for reasons unexplained, turn into a bird, morphing if you jump off a high ledge. If the bird comes close to the gold dust that appears in several places throughout the game world, it turns back into the kid. This mechanic is used to good effect early on as you fly around various environments switching between the two forms to progress. This is Vane at its best, as you come to grips with the strengths and weaknesses of both forms and figure out the way forward.

But in the game's back half, the bird form is largely put aside. You spend most of your time in human form, moving slower and exploring your environments on foot. Your ability to interact with the world is limited--you can jump, there's a seldom-used interact button, and you can use a "call" button to call to other birds or children as you encounter them.

There aren't really puzzles in Vane, per se--being observant and exploring the environment thoroughly is more important than critical thinking. You're not given much guidance on where to go next, or what your exact objective is, in most parts of the game--it's almost entirely devoid of instruction, beyond the very occasional button prompt. This means that figuring out the way forward usually means just reading your environment, but that's not always easy. The camera in Vane is uncooperative, frequently getting stuck in parts of the environment or not turning as you'd like it to. In bird form, flying close to the ground can make the camera clip through it, which can be very frustrating.

The kid you're playing as is rendered with little detail, as is much of the world. This is clearly an intentional style choice, and for the most part it works well, with the angular visuals and moody synth soundtrack doing a good job of conveying the inherent weirdness of the world. The simple style works in service of a later game mechanic that allows you to morph the world around you--in one section, for instance, you're pushing a giant orb through an environment, and the orb will change parts of the environment it gets close to. If there's a gap between two platforms, the orb might generate a bridge between them.

Unfortunately, this is also the section of the game where I was hit by the most frequent game-breaking glitches--I got stuck in the environment more than once, and at one point the orb disappeared, forcing me to restart at a checkpoint very far back. I was hit by another issue right near the game's end, encountering a glitch during the game's trippy finale that sent me on a maddening goose chase; without getting into specifics of how the game ends, a structure that was meant to grow in front of me simply did not, causing me to go in the wrong direction for several minutes until the game unceremoniously reset me to the beginning of the sequence.

These are issues that could be fixed with patches, of course (the first pre-launch patch made substantial improvements to the camera), but there are also fundamental design issues here. Vane is more committed to mood than storytelling, and by the end of the experience it's difficult to say what, exactly, just happened. There's room for analysis, of course, and the game conjures up what it's like to be a scared and lonely child in a few scenes, but it's all too vague to really feel meaningful. There's value in being mysterious, but Vane could use more payoff.

It's all over very soon, too. This is a short game that constantly feels like it's still gearing up towards something better, a way to tie together all its mechanics. The last sections of the game are quite lackadaisical, simplifying the game's systems right down while relying on an investment in the game's thin lore. It's not just that the game doesn't give you easy answers--it also gives you little incentive to come up with your own. There are moments where you can see what the game could have been--like when you soar through a valley in bird form, or morph the world around you--but Vane lacks a voice and a strong sense of purpose. 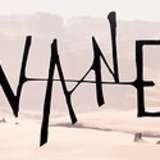 James O'Connor took about two and a half hours to finish Vane, and then dove back after the first major patch to check out the improvements made. More than anything, it made him want to replay The Last Guardian. Review code was provided by the publisher. 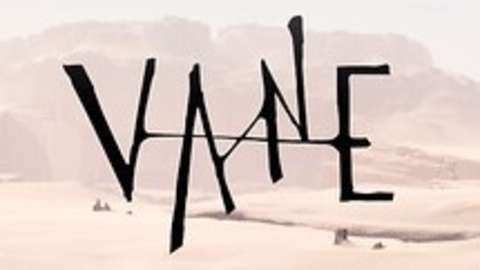 Vane is an atmospheric adventure about unraveling the secrets of an unknown land, finding your place in it, and pulling at the threads of the world to make a change. The shifting sands glimmer with meaning, ancient ruins resonate with power, but in the distance a billowing threat looms. Find your way.