Despite the clunky combat and other shortcomings, there's a rich world to explore in Bloodlines, an RPG that allows you to indulge your inner vampire.

Vampire: The Masquerade - Bloodlines comes during a surprisingly dry year for PC role-playing games, which only amplifies the attention on the game. There's also a lot of focus on Bloodlines due to the fact that it's based on White Wolf's popular pen-and-paper role-playing game, and partly since it uses Valve's Source engine, the same engine behind Half-Life 2. And, for the most part, Bloodlines is an atmospheric role-playing game with a rich setting--though it's one beset with a clumsy combat system and some noticeable bugs. That's unfortunate, since the game clearly could have been better had its rough edges been ironed out.

You start Bloodlines by creating a vampire, which you'll do by conforming to the seven major vampire types found in the pen-and-paper game. The idea is that you can create a vampire suited to your style of play. The options range from sophisticated vampires that can talk their way past most situations, to burly vampires who like to intimidate people and pick fights, to demonic vampires who prefer to skulk in the shadows. And while you can select a gender for your vampire (which affects the kinds of characters you can seduce), you won't actually be able to customize your vampire's appearance, aside from the kind of clothes he or she wears.

Bloodlines takes place in modern-day Los Angeles, in four major sections of the city. You'll start the game in Santa Monica, carrying out all sorts of low-level missions for your vampire lord. But before too long, you'll be drawn into the game's overarching story, which deals with the vampiric end times. The story itself is filled with all sorts of intrigue, and you'll be caught between the major vampire factions as they battle for supremacy. Part of the fun is figuring out which of the factions you want to ultimately align yourself with. The game also has a cool twist of four different endings, so you can decide how the story will eventually conclude. This makes for added incentive to go back and replay the game to check out different story paths. In turn, this gives the game quite a bit of replay value, as it will probably you take at least 20 to 30 hours to get through Bloodlines the first time.

The game itself is populated by all sorts of interesting characters who come to life thanks to the Source engine's amazing facial expression technology (though the characters in Bloodlines don't look as good as the characters in Half-Life 2). The dialogue itself is sharply written--there are many memorable lines and phrases uttered by the characters. Keep in mind that Bloodlines is a mature-rated game and it contains profanity and sexual themes, although it never feels too gratuitous.

The quests in Bloodlines range in quality, though for the most part there are some excellent missions in the game. On the low end, there are some standard fetch-style quests that populate most role-playing games--the kind where you simply have to find and retrieve an object for someone. But on the high end, there are very interesting missions, such as an investigation of a haunted mansion. The haunted mansion level is eerily atmospheric, filled with all sorts of scripted events that will keep you on your toes, as well as a fair bit of puzzle-solving. Along with the main storyline, there are many little side quests that you can pursue for amusement. These side quests also allow you a chance to gain more experience, though you don't "level up" like you do in traditional role-playing games. Vampire uses a simple point system where you allocate experience points in various stats and abilities. You can create a very balanced character or you can specialize in certain abilities, so you'll probably want to go through the game a few times to experiment with different skills and approaches.

Perhaps the best quests in the game are the ones that require you to use stealth, as the combat missions are fairly simple to carry out. There's a strong undercurrent of Deus Ex and Splinter Cell in the stealth missions, as you can sneak past guards and security cameras, pick locks, and try to hack into computers along the way. Some vampire types specialize in stealth, but it's not too hard for other vampire types to skulk quietly in the dark. One issue is that, since Vampire takes place at night, most of the game is dismally dark, making it difficult to see anything. Unfortunately, you're not allowed to have a flashlight, so that means on some levels you might just have to bump up the gamma levels in the video settings just so you can see where you're going. Or what's lurking up ahead.

Where Bloodlines stumbles is in its combat system, which simply feels clumsy and unsatisfactory. The combat mechanics are a blend of twitch-based action and role-playing stats, and it's an awkward compromise. You can battle it out from a first-person perspective using firearms, or you can switch to a third-person viewpoint to use melee weapons, such as knives and swords. However, while Bloodlines is built on a first-person shooter engine, the gunplay is nowhere near as smooth and natural as it should be. Your firearm abilities depend heavily on your characters stats; it's not as simple as placing the cursor over a target. Unless you invest heavily in improving your firearm skills, your aim will veer wildly. Meanwhile, melee weapons are simply overpowering, and combat is skewed heavily toward knife and swordplay. To give you some perspective, we attempted a certain boss battle with a character specializing in firearms and lost repeatedly, but we beat it on the first time that we used a knife instead of a gun.

The problem is that firearms in Bloodlines are severely underpowered and they only allow you to attack one opponent at a time. By using a melee weapon you can attack multiple enemies at once. More importantly, you can even knock them down, which buys you precious time to concentrate on a single foe. The only time firearms seem more useful than melee weapons is when you want to attack larger monsters from a distance. Otherwise, you're going to find yourself at a disadvantage most of the time when using a gun. At any rate, the enemy artificial intelligence isn't too bright, as most opponents will simply rush you or fire their weapons at a distance. In one battle, we just huddled behind a counter and healed while the enemy gunmen stood nearby waiting for our vampire to pop up again.

Your vampire can also draw on your special powers, all of which are fueled by blood. In combat, vampires can temporarily boost their strength and abilities, making them even more lethal. Certain vampires can even summon spirit allies to attack their foes. Out of combat, you can use your powers and experiment with different approaches to quests. You can try to brainwash someone into giving you what you want, or you can use a cloaking ability to hide so you're not detected. These blood powers are essentially the vampire equivalent of magic. It's also not much of a problem "refueling" your vampire, as you can usually grab an opponent or passerby and drain them of blood.

Bloodlines is a mostly great-looking game, though it's not on the same level of visual quality as that certain other game featuring the same graphics engine. Even though Vampire's graphics do have some rough spots, like flickering textures and clumsily edited cutscenes, they're still impressive for a role-playing game. The virtual Los Angeles in Bloodlines is a very gritty, rundown place, though it feels rather empty. Some pedestrians loiter around on the sidewalks, but there are no cars on the roads. To some, a Los Angeles without cars may seem far less likely than vampires actually existing. Nevertheless, Vampire's visuals help give the game a lot of gothic atmosphere. Meanwhile, the sound effects for the most part are functional, with the voice acting and music standing out. The game's soundtrack is composed of licensed tracks from a variety of rock bands, and they fit in well with the game's setting, particularly the many clubs and bars that you'll peruse.

Of further note, even though Bloodlines runs smoothly most of the time, it does suffer from some stability problems and it will crash to the desktop on occasion. Also, the loading times feel a bit long, though they're better on high-end systems.

In many ways, Bloodlines feels very much influenced by the classic role-playing game Fallout, which is to be expected since developer Troika was founded by members of the Fallout team. Bloodlines presents a very interesting world to explore and memorable characters to interact with, and the open-ended nature of many of the quests allows you to tackle the game in multiple ways. So if you can look past the clunky combat and other shortcomings, you'll find that there's a rich world to explore in Bloodlines, a role-playing game that ultimately allows you to indulge your inner vampire.

View Comments (7)
Back To Top
7.7
Good
About GameSpot Reviews 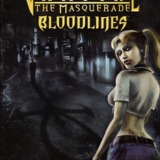 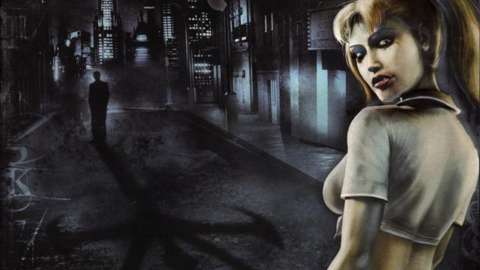 Despite the clunky combat and other shortcomings, there's a rich world to explore in Bloodlines, an RPG that allows you to indulge your inner vampire.