Unreal Tournament 3 probably shouldn't feel as fresh and as exciting as it does. When you get down to it, UT3 doesn't change a lot of the things that you liked about Unreal Tournament 2004. It's still the same fast-moving and action-oriented first-person shooter. Yet the game's new maps, the requisite graphical overhaul, and easy-to-understand gameplay modes all feel great. The way the shooter genre has changed over the three years since the previous game is also a factor. With most other games slowing things down and going for a more realistic, militaristic pace, UT3's hypercharged gameplay explodes out of the gate feeling refreshing and new.

The UT games have never been about single-player action, but like in the previous games, there is a campaign mode in UT3. It's a series of matches against bots wrapped around a basic but uneventful storyline. The big switch this time around is that Unreal Tournament is no longer a sport. Now it's war, and you play as a character on the hunt for revenge against an evil Necris woman who led an assault against unarmed civilians on your colony. You and the survivors of the attack join up with a corporation, fight to gain territory held by other corporations, and so on. It's little more than a five- to seven-hour training mode to help you get up to speed on the maps and the modes so you can go into multiplayer with a fighting chance. One cool addition is that you can play the campaign mode online with up to three other players. Although joining other humans to combat the artificial-intelligence-controlled bots isn't exactly the most fun you can have in this game, it's more compelling (and easier) when you're playing with other people. You can set the skill level of the bots, too. At the lowest setting, they're complete idiots that won't even bother to turn around and fight you if you start shooting them from behind. The highest setting, godlike, is appropriately stiff, though not entirely impossible. It's just tough to fight against opponents who rarely miss.

The maps you'll see in the single-player campaign are the same maps you'll see online, at least until the mod-making scene shifts into high gear. You'll get into matches using a typical PC-style server browser, but the game tries to keep you away from a full list of every server running by moving you through some console-game-style menus to filter down to the gametype you want to see. UT3 comes with six different modes of play. Deathmatch is the standard free-for-all battle. Team deathmatch, as you'd expect, breaks you up into two teams. Duel is a one-on-one mode where two players go at it while other players spectate. All three of these modes are played on the same set of deathmatch-friendly maps. UT3 also has a standard capture-the-flag mode, complete with the translocator, the teleporter gun that has made UT's take on CTF stand apart from most others. There's a new vehicle CTF mode, which takes the standard CTF concept and places it onto larger battlefields. As the name suggests, you have a number of vehicles that you can use toward your goal of grabbing the opposing team's flag and getting it back to your base. The largest mode is called warfare, and like onslaught mode before it, it's played on even bigger maps, with more vehicles.

Warfare is a node-based mode where each team has a base with a power core that needs to be damaged and destroyed for a victor to be declared. The power core is linked to other nodes at various spots in the map. You must push forward, capture nodes, and link them together until you've got your team's nodes linked to the opposing team's base. At that point, you can damage the enemy core and, ideally, blow up it for a victory. There's a ton of pushing and shoving back and forth across the map when two great teams square off, and it's also the most strategic mode. It differs from onslaught mode by offering secondary objectives, like unlinked nodes that can be captured to give a team forward spawn points and access to more vehicles and a countdown node that will occasionally drain energy from the enemy core if you control it. Each of the objective-based team modes comes with its own set of maps.

Overall, the map quality is high, with plenty of symmetrical, interesting level layouts for the objective-based modes. One deathmatch map, called Gateway, has multiple areas that look really different, all of which are linked together with portals. You'll also get a new remake of the classic Unreal map Deck. Furthermore, the Unreal mod community has always been pretty rabid, so you know it's just a matter of time before someone makes one of those "giant world" levels where you can hide in a sink drain and snipe people with an instagib shock rifle while they float down into the bottom of a bathtub. Yes, that's right, the instagib mode is also back in the game, along with a handful of other basic mutators you can use to make quick changes to any of the modes.

The weapons in Unreal Tournament 3 should be old hat to anyone familiar with the series. The shield gun has been ditched in favor of the impact hammer, and your default weapon is the slow-firing enforcer pistol, but beyond that, the weapon differences feel limited to minor balance changes. The bio rifle's gooey projectiles seem to do more damage, which makes it somewhat more useful. The secondary fire on the flak cannon seems as if it flies out at a slightly higher, slower arc, which forces you to make a few changes to how you aim. But again, the changes are minor. The rocket launcher can still lock on, the sniper rifle is still great fun for headshots, and the redeemer is still a huge missile that you can guide into targets to cause a nice, big blast that's handy in some of the larger vehicle CTF games. But when isn't a large explosion handy?

The other gameplay changes also feel relatively minor. Recent UT games have employed an adrenaline counter, which built up as you killed enemies or collected large pills around each level. When the meter was full, you could activate a special ability, such as invisibility or regeneration. This system isn't present in UT3. Also, the rules for double-jumping after a dodge move seem to have been altered a bit. Again, these are minor differences that don't really get in the way or drastically change the overall feel of the game, but they're noteworthy just the same. A more dramatic difference is the hoverboard, which is in vehicle CTF and warfare. The hoverboard lets you pick up a little more speed, which is useful on the larger battlefields. The catch is that getting hit while on your board knocks you over, which gives enemies more than enough time to finish you off as your character slowly arises from the ground. You can even do tricks while on the board, which isn't useful for gameplay purposes but is still totally rad.

Unreal Tournament 3 uses Unreal Engine 3, the same basic set of tools that powered Gears of War. As such, this is a really great-looking game on high-end machines. But even if your PC isn't top of the line, the game scales better than most, giving you a playable experience on midrange machines as well. But, of course, the game is at its best when you're exceeding the game's minimum requirements, in situations where you can run at a high resolution and still get a great frame rate. It supports widescreen resolutions, but playing in widescreen actually gives you a smaller view of the overall action, given that the game appears to cut off the top and bottom of the 4:3 view to fit it onto a wider monitor. UT3 certainly isn't the first PC game to have this problem, but given its highly competitive nature, cutting off parts of the screen seems to be a pretty bad solution.

The game's textures, character models, and animation are all top-notch when you've got everything turned up. Characters can be tweaked and modified using different torso pieces, shoulder plates, and more. The handful of levels that have running liquids in them have good-looking water effects, too. Overall, it's a very sharp-looking game if your machine can hang with its higher settings. The audio fits right in with what you'd expect a UT game to sound like. The music is high in energy, the explosions and gunfire sound great, and the character voices, which occasionally pipe up to taunt you when you get killed, fit right in as well. The announcer is appropriately loud and booming when calling off your head shots, killing sprees, and the like.

It's a very basic, straightforward package, but don't take that to mean that UT3 is a no-frills sequel. With its variety of modes and its occasionally crazy high-speed action, UT3 still feels very different than the typical first-person shooter coming out these days. On top of that, it's very exciting and just as much fun now as it has been in previous installments. UT3 has more than enough content to keep you busy, and with mod-making tools included in the package, the potential for more user-generated content in the future is certainly present. 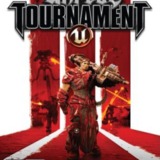 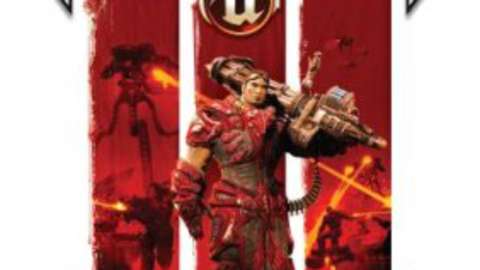 Unreal Tournament 3 is the next installment in Epic Games' popular sci-fi shooter series.