Running with the devil.

Unavowed sounds straightforward on paper. It's a classic-style point-and-click game about demonic possession set in New York City with people to talk to, and puzzles to solve. However, as you get to know its characters and fall further into its mystery, it becomes increasingly clear that Unavowed is much more than it appears: it's a brilliantly written adventure that makes you care deeply about its inhabitants and subverts your expectations.

Many tales involving demonic possession typically conclude with the entity being banished from its host, but in Unavowed, this is where the story begins. Your character wakes up on a rain-soaked Brooklyn rooftop with a hazy memory, surrounded by people you've never met. To your horror, they inform you that you've spent over a year slaughtering people throughout New York and there's a citywide manhunt for your capture. They are the Unavowed: an ancient, hidden order of demon-hunters dedicated to protecting the city from all kinds of supernatural threats. With the spirit seemingly gone, you join their ranks and work to piece together the what, how and why of your demon's bloody murder spree across the city.

It's a good setup for any mystery, but Unavowed sets itself apart with charismatic, fascinating characters and stellar writing. From the members of the Unavowed to bystanders you encounter on street corners, every inhabitant of this version of New York is a compelling character study. A struggle with alcoholism, the burden of generational history, and deep sadness of personal obligations are some of the powerful ingredients that are deftly woven into future quests and conversations in ways that organically reveal themselves to be integral to the game's fiction.

For your own character, three origin stories--bartender, actor, or cop--factor into your interactions. Not only does this change how you're able to interact with people in certain situations, but entire sections of the game will be entirely unique based on your initial choice. There's a surprising replayability to Unavowed--on my second playthrough as an actor, I experienced numerous conversations and encounters that I had no idea even existed the first time around as a bartender, and these lent new perspectives to the overarching narrative.

As you recruit and develop relationships with your team members, they'll quickly grow into well-rounded characters, complete with their own fears, desires, and vexes. These personalities are fleshed-out through incredible writing and voice-acting that genuinely conveys a human experience. It's a strength that permeates the dozen or so hours of the game; their individual histories and shared trauma inform how they interact with you, the world, and each other. In Unavowed, getting drawn into a lengthy conversation is a joy.

But it is the overall mystery that is at the forefront of your adventure here. Investigations lead you all over the city--Brooklyn, Staten Island, Chinatown, Wall Street, The Bronx--and locations are beautifully realized in the colorful 2D artwork. As you progress, you'll need to navigate delicate relationships with business owners and neighbors as you journey to discover the true intention of your ex-demon, who has been manipulating the fear and anguish of these same people.

You'll also need to solve puzzles to defend yourself against ghosts, release tormented souls, and uncover layers of the mystery. The quests you're tasked with are varied and often unpredictable. You might be trying to decipher a hand-written code for an office keypad one minute, and trying to release an interdimensional dragon before it devours you the next. Some puzzles are satisfying to solve through deductive reasoning, and others serve as narrative tools that absorb you into the story. A number of branching choices also arise throughout the game, and they never feel fleeting--even the smallest moments often prove to be consequential in some respect. In addition, because you're limited in only taking two members of your team on any given mission, you have to weigh your choices carefully. Who you bring impacts your puzzle-solving and dialogue options, as well as possible outcomes based on a character's history with an area, their individual talents, and the existing relationships they may have with people you encounter--the number of possibilities here is impressive.

But Unavowed's greatest strength is that it maintains an admirable focus on incredible characterization that feeds into every quest and conversation. Every question you ask, every decision you make, and every sacrifice you make carries you and your team members on an impassioned journey that epitomizes the best qualities of an adventure game. It never rests on tropes, a strong sense of empathy is present through its entirety, and not only do you come to wholly understand character motivations, the way these people deal with supernatural situations helps to build a bond between them and you as a player. From its wonderfully realized locations and its inviting, three-dimensional characters, Unavowed will have you eager to discover the captivating stories lurking in the demonic underworld of New York City.

View Comments (39)
Back To Top
9
Superb
About GameSpot Reviews 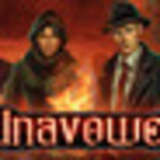 David Rayfield is pretty sure that either he's possessed by a demon or everyone else is. Hopefully, he'll figure it out before it's too late. He reviewed Unavowed on PC, with the first playthrough taking about 12 hours. 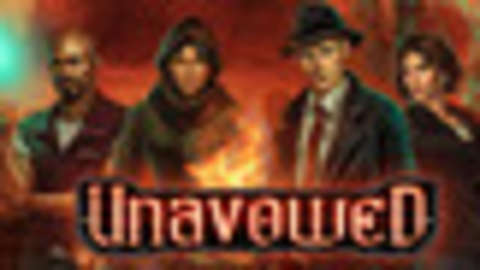