Track & Field holds up fairly well and makes for some good, albeit short-term, fun.

Konami's Track & Field is the arcade game that created then perfected the "freak out and mash every button as fast as you possibly can" school of Olympic gaming. While mashing on buttons to run faster made perfect sense in arcades, the result was broken controllers and broken hearts at home, where Track & Field and other games like it required you to wiggle the joystick side to side as quickly as possible. A faithful rendition of this arcade classic is now available via Xbox Live Arcade and appears poised to once again leave a path of broken controllers in its wake.

Not that any of the above makes Track & Field a bad game. Overall, the combination of mashing buttons and competing in skill-based events holds up reasonably well. The events include the pure button pounding of the 100-meter dash, but most events require you to mash the buttons to run then carefully time a button press to long jump, leap over hurdles, or toss a javelin. There are also hammer-throw and high-jump events, which don't require you to mash buttons. Instead, it's more about timing the button press to toss the hammer or carefully adjusting your angle in midair for the high jump. None of the games are particularly complex, but they're still fueled by competition and the quest to shave some seconds off of your time.

In the arcade, Track & Field was played with two run buttons and one action button. You can also play the game that way on the Xbox 360, using X or B for running and A for action. Or you can opt to move the D pad or analog stick left and right. This is where you start to feel like you might break something because the analog stick feels as if it's just going to pop out into your hand. Knock on wood...we haven't broken any controllers yet with Track & Field, but it's still a concern.

You can play with up to four players, who usually take turns on each event. This makes the game take a long time, and you'll find yourself wishing you could skip a lot of the rigmarole that plays out between attempts. The game can also be played online, but the games we got into weren't very smooth. Considering how much of the game is about timing, playing under such erratic conditions can ruin the game. This one's probably best played with on eye firmly focused on the leaderboards, which track your performance in each event. The achievement points in Track & Field are based on doing extremely well in each event, with a couple of fun ones sprinkled in, such as an achievement you earn by hitting a bird with your javelin.

It's a shame that the online doesn't work better, though it's also a shame that there weren't more events in the original game. The biggest problem with Track & Field is that it's relatively short-lived fun. You'll probably reach your peak after only a few attempts at each event, and unless you get totally wrapped up in competing with your friends via the leaderboards, you might be done with it in one afternoon. 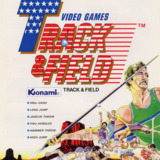 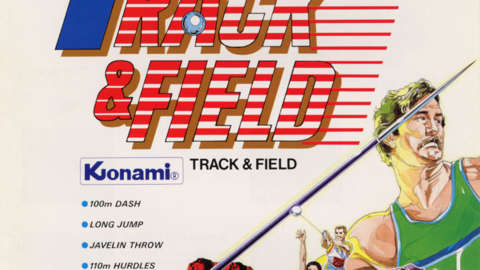 Compete in events like the 100m Dash, Hammer Throw, and High Jump to achieve the title of World Champion.