At first blush, the combination of war toys with classic action figures from 1980s cartoons in Toy Soldiers: War Chest--such as He-Man and G.I. Joe--is exactly where Toy Soldiers has seemingly been leading from the start. After all, the series’ very premise has revolved around the childhood bliss of combating plastic heroes and villains in small, detailed landscapes. War Chest could have been just that, but its plastic-like sheen is scuffed by issues like microtransactions, content locked behind Uplay, and irritating technical problems.

Thankfully though, this is still the Toy Soldiers that so many have come to enjoy. Once again, your task is to keep your toy box out of the hands of enemy forces who march their way across a colourful model diorama set on the floors of bedrooms and parlours. On this battlefield of plastic trees, scattered dice and toppled coffee mugs, you defend against waves of oncoming plastic toys in the form of action figures, armored vehicles, and aircraft. The march of these persistent, though admittedly charming enemies can only be halted by the use of strategically placed turrets that shred anything that gets close into tiny plastic chunks. Killing enemies, who adorably snap back to their action figure poses upon death, is rewarded with currency, which can be used to buy more turrets or to upgrade the ones you currently own by beefing up their attack power or range, or by adding defensive barriers. You can commandeer a turret at any time, which is a big help when you want to fire at an enemy beyond your own turret’s range.

You play through the decent-sized campaign commanding one of several swappable heroes, each supported by an army brandishing a particular motif. Kaiser Wilhelm, who makes a triumphant return from the first Toy Soldiers, is joined by the Rainbow Brite-esque StarBright; the pen-and-paper RPG-inspired Dark Lord and the futuristic Phantom--my personal favorite of the bunch. War Chest won’t shock and awe in the aesthetics department, but the varied cast is paired with some amusing themes, and not only for the turrets. Throughout the game you’ll find yourself in landscapes carved by war-torn trenches or gritty cobblestone walls, dioramas featuring rainbows, or the glowing blue crystals of an alien planet. Earning killstreaks slowly fills an on-screen bar up to three tiers, which allows you to run around the battlefield as your chosen hero or call down a tougher fighter or a super-powered mega weapon that wipes the field clean of enemies, leaving nothing more than your turrets and a feeling of grim satisfaction.

But what about He-Man or Cobra, or the other more alluring heroes featured in War Chest? Well, you can absolutely have them--for a price. The base game itself comes in at $15, which is decent for the out-of-the-box content. However, to get He-Man, Cobra, G.I. Joe’s Duke or Assassin Creed’s Ezio, who for once actually stands out like a sore thumb, you need to shell out $5 for each. Or, you can get all four extra heroes together in the Hall of Fame edition, which costs $30. So the question remains: is the price worth the nostalgia trip?

A more pertinent question may be: are the optional heroes actually better than the original four? Well, prepare for some fine print not found on the back of the toys’ packaging. The heroes of War Chest are powerful, which makes mowing down legions of infantry and armored foes some of the most fun the game has to offer. But the melee-focused He-Man is awkward, clumsy in his sword swings, and completely helpless when taken online where long-range heroes need only back away and fire to bring the mighty Hero of Eternia to his knees. Each of these heroes is equipped with their own unique weapon, but unlike the regular gang who are able to swap among a small cache of unlockable weapons, they are limited to only three. Of course, it does make sense that these heroes should only wield their signature gear, but that doesn’t change the fact that you end up paying for popular characters that don’t completely stack up against their unknown counterparts.

It is possible to overlook these shortcomings for the sake of nostalgia. But, still, it’s disappointing to pay for what looks like a good meal, only for it to be later served with no sides. Regardless, it’s admittedly difficult to deny that watching Cobra’s army face up against Ezio’s forces made up of assassins and da Vinci-inspired war machines brings a special kind of joy.

There are more obstacles impeding access to content. You are required to connect to Uplay--and it will pester you until you do so--in order to unlock special weapons. For instance, Kaiser Wilhelm’s shiny, gold-plated Maxim machine gun can only be purchased with points earned by completing Uplay objectives, but to do that you must be logged into the service. The aforementioned multiplayer pits two teams of up to four local and online players, but you are barred from playing online until you flash your Uplay membership card.

War Chest is also not the smoothest experience around. There is a myriad of technical hurdles to climb over every time you boot up the game. For example, after I had played for around ten hours, crashes had become so frequent that I actually began getting used to the sudden stops. And when the game isn’t crashing, it gets stuck in infinite loading loops, leaving you plenty of time to reevaluate your purchase Graphical glitches also pop in from time to time, causing certain textures to flicker whenever you try to focus the camera in a turret you’re commanding.

Overall, Toy Soldiers: War Chest is not bad. But a laundry list of unfortunate drawbacks keeps it from becoming the exciting box of good times and nostalgia that it could have been. There is enjoyment to be had, however, sporting loads of family friendly entertainment and featuring a difficulty level that can occasionally be tough, but never frustrating. However, War Chest is like a set of toys you always wanted, but upon removing the packaging you find the collection is half complete and floating listlessly to the ground is an order form. Play time is over.

View Comments (14)
Back To Top
5
Mediocre
About GameSpot Reviews 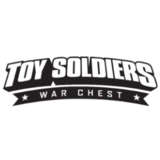 Cameron Woolsey was an avid collector of action figures (not toys!) back in his day. He oversaw incredible battles for supremacy between green anthropomorphic turtles and Bat-men hailing from both film and television. Most of them now are listed as missing in action, i.e., buried in a backyard somewhere. For the sake of this review, Cameron played more than 15 hours, completing the campaign and a handful of online matches. 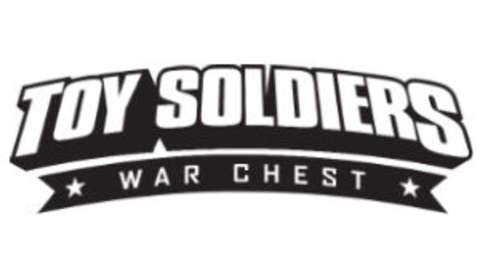