I'm not sure if there was a demand for it, but here it is: a football simulation for pigskin fans who love micromanagement.

I'm not sure if there was a demand for it, but here it is: a football simulation for pigskin fans who love micromanagement. It's called Total Control Football, and in this instance the name really says it all: You're in charge of almost every aspect of running a National Football League franchise, from setting ticket prices to hiring equipment trainers. About the only things you can't do in this new football sim from Philips Media is hire attorneys for players who've run afoul of the law or set up questionable endorsements with soft-drink companies.

The task before you is almost overwhelming, mainly because you're actually taking on the roles of both head coach and general manager. If you choose to start a Custom League (read: fictional players), the game opens on March 1, giving you nearly six weeks to get your house in order and scout potential draft prospects. Choose the Default League (read: real NFL players and rosters), and the draft's a done deal; since you wouldn't want to fire an assistant only four weeks before the season opens, about the only thing you can do is trade players or sign free agents. (Oddly enough, in a game as thorough as this, when it comes to player acquisitions, there's no waiver wire where you can pick up cast-off role players.)

Folks, this is the other side of football - the dollars and cents side, where you have to sign quality players that fit your offensive and defensive schemes but still stay beneath the salary cap. And that's not all: You've got to hire and fire offensive and defensive coaches, decide on equipment trainers, hire scouts to cover both the college and pro ranks, set ticket prices, build luxury boxes, choose orthopedic surgeons... the list goes on and on.

But wait - there's more. If you like, you can go in and actually determine the makeup of offensive and defensive sets, formulate game plans based on your opponents' tendencies in given situations, and decide whether or not you should override your coaches' decisions once game time comes around and it's all on the line.

Yes, it's pretty daunting stuff. But the truth is that the job you must tackle in TCF is probably harder than if you had the gig in real life, mainly because you're more or less doing all this stuff all by your lonesome. A real GM can tell his assistants, coaches, and various gofers to round up and organize a mind-boggling amount of information and present a concise report outlining the best options, but in Total Control Football almost all of this work is laid on your desk.

Sure, you can delegate draft picks and roster cuts to the coaches you've hired, but that's a drop in the bucket compared to your workload. Draft picks and free agents? You have to negotiate salaries for each and every one, a process that's fun at first but quickly becomes mundane and boring. How do you know which free agents to go after? By reading the stats and bios on every single one yourself. It would make things much simpler if your coaches and scouts would at least rank these guys based on the impact a given player would have on your chances of success next season. Without your assistants pointing you toward players you want and need, it's easy to get overwhelmed by the task of looking at reams of ratings and player bios - which is made even more difficult by the fact that players are rated in categories that don't even relate to their position. Who needs to see the pass-blocking rating for a free safety, or the kicking accuracy of a wide receiver? Another problem is the lack of true stats for players; all you get are numeric ratings, rather than hard numbers such as how many picks a defensive back made or the yards-per-carry average for a running back.

This same lack of depth carries over into the regular season. The stats you can view once the season starts are woefully inadequate, with no numbers for interceptions or TDs thrown by quarterbacks, yards-per-pass attempt/completion, fumbles by running backs, yards-per-carry - it's a statistician's nightmare. While it's true that football isn't nearly as stat-oriented as baseball, the numbers are still a good indication of problem areas and a pointer to good and bad performers.

Once the season starts (or if you choose to play an exhibition game), you have the option of controlling the players on the field - but here again TCF is plagued by niggling problems. If you truly want to play the role of coach by calling the plays and letting the computer carry them out, you're out of luck: If you assign CPU control to the players, play-calling is automatically assigned to your offensive or defensive coach. Amazingly, there's no option for any kind of head-to-head play, an omission that automatically drops this title several notches behind the competition. The play-by-play is choppy and uninspired, especially Matt Millen's color commentary. He's not my favorite color commentator, but this game does Millen a real disservice - his slow, muffled speech reminds me of my attempts to talk my dentist after a few huffs of nitrous oxide.

Convert a point-after attempt, and the announcer says "no good!" before announcing the score that contradicts what he just said. Almost every PC gamer is accustomed to hitting the ESC key to stop the action, but do it in TCF and you're rudely kicked out to the desktop or DOS with absolutely no warning (this applies to the GM/coaching screens, too). There's no way to jump and catch a deflected ball; opponents' punts are almost always coffin-corner kicks; and penalties (except by encroachment by a human-controlled player) are practically non-existent.

There are good things about the on-field action. Running the ball, for instance, is a true joy because you can actually see holes develop in the defensive line which you can break through for daylight and big gains. Another nice feature is that wide receivers aren't always caught from behind, as they are in Madden NFL 97. Hit a wideout in this game, and if he has a couple of yards on the cornerback then he's going to stay in front of him most of the time, a realistic touch I really appreciate. And your coaches do perform as you expect them - when I overrode my defensive coach's suggestions I was nearly always burned.

But on the whole, the on-field action isn't going to impress too many gamers, and the micromanagement duties will overwhelm newbies and players more interested in the X's and O's than the red and the black in the ledger. That's not to say Total Control Football is a failure; it's actually pretty impressive that so much stuff has been crammed into a single product. The only question is whether you want to tackle the minutiae with so little help from the program. If you do, you probably won't be too perturbed by the shortcomings of the action game, and will revel in the work involved in the front office; if you don't, you already know this game's not for you. 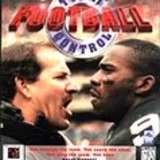