Torchlight is a great dungeon crawler with enjoyable combat and an excellent loot system.

You don't need to wait for Diablo III. Fans of action-oriented role-playing can get a first-rate fix of hacking and slashing right now in Torchlight, a great dungeon crawl from the designers of the first two Diablo games and the cult hit Fate. Runic Games has forged a letter-perfect copy of the action role-playing formula with fast-paced combat and cartoonish graphics that will keep you clicking until the wee hours.

Just don't expect any surprises. Torchlight is a successor to the Fate games, boasting the same attitude, art style, and lighthearted personality that make that series a breezier play than the gothic Diablo games. The storyline consists of the typical rudimentary excuse to get you killing things under the ground. Bad stuff is going down in Torchlight, a mining town built alongside a mountain loaded with deposits of the magic-enabling Ember mineral. A formerly good-guy adventurer named Alric has gone over to the dark side due to the corrupting influence of tainted Ember, so you sign on to help his former companion track him into the many dungeons that cut through the underworld beneath the town. The backdrop itself is a little offbeat, with the world being something of a medieval/steampunk mash-up. Battleaxes coexist with rifles, and you run into technological wonders like a robot bard who sends you on assassination runs. Artwork has a decidedly cartoonish leaning. Heroes have square Disney jaws and great big eyes. Monsters are more outlandish than creepy, with comic-book proportions and exaggerated attack movements. But the plot and quests revolve around familiar dungeon expeditions to kill monsters, fetch various items, and score lots of loot. So even if the game looks and feels a bit different, it remains a stock-standard action role-playing game at heart.

Adventurers also deal with familiar themes. You are given three classes to choose from at the start of play--the studly Destroyer fighter, a lithesome female ranger/thief dubbed the Vanquisher, and the mage-mimicking Alchemist. They vary somewhat from generic RPG heroes in that the Vanquisher specializes in rifles and pistols in addition to bows, and the Alchemist can summon both monsters and robots with his steampunky spells. Still, they play much like their D&D-derived inspirations. The one drawback here is the inability to tweak them. Outside of giving your adventurer a name, you're stuck with the three stock choices. Character development runs along the same predictable RPG lines. You gain experience points from slaying monsters. You level up every dungeon or so. You customize core stats like strength and magic. You learn special combat skills that buff everything from attack values to the amount of gold scooped up from vanquished foes. A handful of frills are carried over from the Fate games, most notably in the form of each hero's dog or cat companion and the ability to fish for magic seafood at random spots scattered through the levels. So generally, the formula here feels very familiar.

But it's a formula that is used very, very well. Torchlight hits all the highs of the action RPG genre and avoids virtually all of the lows. The only serious issue that some will have with the gameplay is the absence of a multiplayer mode. Being able to kill monsters with a pal or three is a core part of the Diablo experience, so some players will find this omission hard to live with. Still, the solo campaign is reasonably lengthy (and is boosted by some bonuses after its conclusion) and well designed. Levels move along smartly, so you get into a perfect clicking groove. On normal difficulty, only the biggest beasties take more than a few clicks to kill if you're collecting loot and upgrading weapons regularly. This helps the game's pace, because nothing slows down a hackfest RPG faster than monsters that take forever to kill. Killing causes creatures to explode in fountains of blood, too. Level corridors tend to look like slaughterhouses after you've passed by, adding a sick sense of satisfaction to your exploits. Many monsters have weird names, like varkolyn or shambler, and some look strange, perhaps most notably some of the pygmy variations. Bigger boss-type foes scattered throughout levels even come with ludicrous names, like Ghoulrider the Merciless and Foolfighter the Reviled. But they all still attack like traditional fantasy orcs, zombies, giant spiders, and the like.

All of the randomly generated dungeons come in many themes and with dramatically different art. Bleak stony mines coexist with mossy labyrinths and roaring waterfalls. You're unlikely to get bored with what you're looking at. Quests never involve assignments that could be considered innovative, although they are mixed up enough in length and objective that you don't feel like you're constantly grinding. Some of the side quests, such as grabbing samples of the various types of Ember for a mage and collecting magical doodads for a cowardly researcher, serve as quick breaks from the more involved main story missions. Loot drops are extremely well handled. You get loads of generic stuff, but just the right amount of killer hardware and item sets to keep you picking everything up. And the whole adventure is further pulled together with one of the best soundtracks to ever grace an action RPG. Diablo composer Matt Uelman has put together haunting, hummable themes that flow along behind the ceaseless combat, keeping you engaged while not blowing up into an annoying clash of horns, which so often mars RPGs. The tunes range from Pink Floyd airiness to Renaissance fair string-plucking to a sparse, spooky piano.

And there are even a couple of "wait, there's more" kickers. Along with being one of the best action RPGs to hit the PC in many moons, Torchlight is selling for just $19.95, and it comes with absurdly undemanding system requirements along with a netbook mode so that you can play it on just about any system. So not only do you get a great game, but you get a great deal in every respect. Stop reading and start playing. 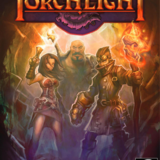 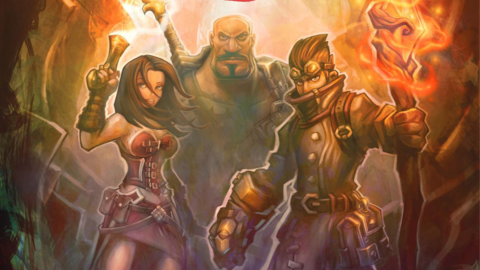 Randomly generated dungeons and loot await in this action role-playing game from a team of ex-Diablo developers.