Tomb Raider: Legend is a brief but fun adventure that just about anyone can enjoy.

It's been almost 10 years since the first Tomb Raider was released, and while video games have come a long way since then, the Tomb Raider series hasn't kept pace. Problems such as clunky controls and a frustrating camera, which were excusable in the early games, have steadily degraded the quality of the series releases over time. The latest installment, Tomb Raider: Legend, finally brings the series into the 21st Century while staying true to the adventurous spirit of the early games.

Tomb Raider: Legend follows the exploits of Lara Croft as she tries to solve the mysteries of her past. Specifically, she's investigating the death of her mother several years earlier. One thing leads to another and somehow the legend of King Arthur becomes involved, along with a magical sword that has been broken into fragments and scattered throughout the world. The story is barely coherent, but it serves its purpose in that it gives Lara an excuse to travel from one exotic locale to the next in search of these artifacts. The game takes you to places such as Ghana, Peru, Tokyo, England, and Kazakhstan, and all of the locations look great. And while Lara sticks mostly to tombs and ruins, she also spends time exploring a deserted research facility, hopping about atop skyscrapers, and shooting up bad guys in a rustic village. The variety of levels is great, although you'll end up seeing pretty much the same platforming and box-pushing puzzles wherever you go.

The puzzles in Tomb Raider: Legend can be a bit deceptive at first, but once you learn how the game works, the puzzles become very simple. Most of the game is spent solving basic switch puzzles as you work your way through each level in search of the next artifact. Aside from dragging around boxes to weigh down switches or jam traps, there are a lot of fun platforming sections that let you take full advantage of Lara's affinity for high-flying acrobatics. You can hang on ledges, swing on ropes, swing between platforms (via a magnetic grapple), and vault off conveniently placed beams.

The PC version of the game uses the standard mouse-and-keyboard control scheme, which works fairly well until you find yourself in a combat situation, at which point it becomes difficult to move, adjust the camera, and use your weapons at the same time. You can use a USB game pad, though, which offers as good of control as the console versions of the game. No matter which version you play, the controls are a lot more fluid and responsive than they have been in previous Tomb Raider games, making Lara's movements feel much more natural than before. And while the controls are precise, they aren't punishingly so. You often only have to jump in the general direction of the next platform and the game will compensate by automatically connecting Lara to the intended surface. Once you get the hang of it you can effortlessly overcome even the most imposing obstacles without difficulty. It's also always abundantly clear which ledges you can hang on or jump between, so the only challenge is positioning the camera so you can see where you're trying to go, which can be frustrating. In tight spots it can be difficult to get a good view of the ledge you need to jump to, and sometimes it's easy to misjudge a jump if you don't have the camera aligned just right. The camera problems are intermittent though, and most of the time you have a fairly good view of the surroundings. And even though the platforming is fairly easy, it's still satisfying thanks to some great-looking animations and level designs that convey an excellent sense of peril.

Of course, Lara is skilled with weapons and is more than willing to serve up some hot lead when the situation calls for it. You'll have to shoot up plenty of generic enemy goons and a few leopards here and there. You can lock on to an enemy by holding a button, and then you mash the fire button until the enemy is dead. You can also throw grenades, as well as perform slide tackles or aerial assaults. When you run up to an enemy, you can jump off his head and flip through the air in slow motion while shooting him. It's a neat effect, but not especially useful or necessary, since it takes more time to get in close to an enemy than it does to just blast him from afar. Sometimes you can shoot at certain objects in the environment, which are clearly indicated with a large button icon. You can shoot barrels to blow them up, shoot stone pillars and watch them fall on enemies, and initiate all kinds of other scripted events. The gunplay is not that fun though, because it's easy and because the guns don't feel powerful or distinct at all.

Aside from solving puzzles and indiscriminately killing enemies, there are a few other activities you can partake in. There are two motorcycle levels where you have to hop on an improbably placed Ducati and speed after other vehicles while shooting wave after wave of mobile enemies and catching air off jumps. The motorcycle physics are very loose, and the riding sections in Legends feel more akin to a rail shooter than a racing game. There are a handful of interactive cutscenes that require you to press a certain button as an icon appears on screen, much like the cutscenes in Resident Evil 4. And like Leon Kennedy, Lara can meet her demise in many different ways with some crazy death sequences that you get to see if you fail to hit the right button at the right time.

On your first play through, you can easily beat the game in less than seven hours on the default difficulty setting. You can then go back through and play again on a higher difficulty, but it doesn't make much of a difference because the challenge in Legend comes from the puzzles, and those never change. Once you've figured out how to solve each puzzle, the only challenge left is to find all the hidden items in each level or to replay each level in time-trial mode. You can unlock new outfits, movies, models, and so on, but even with all that, you can easily see all this game has to offer in a single weekend.

Legend looks as great on the PC as it does on each of the consoles, with convincingly dark and decrepit environments to explore. The PC version offers the same sharp detail, ambient lighting effects, and abundance of shiny surfaces as the Xbox 360 version--as long as you turn on the Next Generation Content in the display settings. Unfortunately, doing so results in a nearly unplayable frame rate, even on a system that far exceeds the recommended system requirements. To run the game at the optimal settings listed on the box, you'll need a 3.0GHz Pentium 4 or Athlon XP/64 equivalent, along with 1GB of RAM and a 512MB accelerated graphics card. So while it's certainly possible to get the PC version looking and running like the Xbox 360 version, you'll need some high-end hardware to pull it off. And regardless of specs and settings, you'll need 9.9GB of available disk space to even install the game. The sound is excellent in the PC version of the game just as it is in the console versions, with good music, plenty of ambient noise, and excellent voice work that really lends a lot of personality to each character--especially Lara.

Tomb Raider: Legend is a good return to the roots of the series. It doesn't do anything new or different, but it has a great blend of action and adventure that will always keep you moving and interested. The problem is that it moves a bit too fast, and it's all over way too soon. And if you happen to be interested in playing it on the PC, make sure your system is up to snuff. 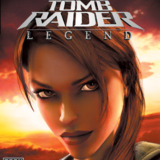 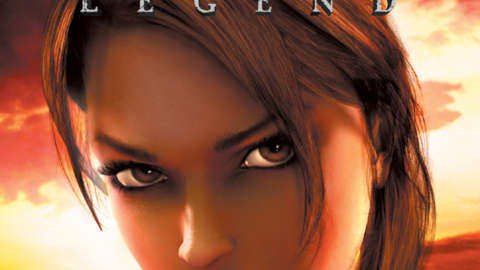