The game basically controls well and looks good, but it's difficult to the point of excess, and it has no lasting appeal once you get through its nine tough missions.

Like the previous Splinter Cell game for the GBA, Pandora Tomorrow is reminiscent of classic side-scrolling shooters and platformers, but it features many of the defining stealth action elements of the main versions of the game. In fact, this new game even more closely resembles its big-brother counterparts than the previous one did. You'll be doing things like dodging through courtyards while avoiding searchlights, shooting light fixtures to create a shroud of darkness so that you can sneak your way around, interrogating unfortunate guards for key codes and then dragging their unconscious bodies out of sight, and conducting other such acts of espionage. Despite the cool premise, though, the requirement to be stealthy in almost all cases lends this version of Pandora Tomorrow an awkward and often frustrating pace. The game basically controls well and looks good, but it's difficult to the point of excess, and it has no lasting appeal once you get through its nine tough missions. (Not that you should expect to get through them quickly.)

Pandora Tomorrow once again lets you play as ultrasecret agent Sam Fisher, whose task this time involves tracking down a guerilla leader who's threatening the Free World with a virus attack. The game basically tells the same story arc as the other versions of Pandora Tomorrow, only here, the story unfolds through occasional onscreen text, and it's mostly just there to loosely justify why Fisher has to do all this hard work. The missions, too, are mostly analogous to those of the other versions of Pandora Tomorrow, so they take Fisher to a variety of international hotspots. Wherever he winds up, though, Fisher has a similar job to do. He must avoid detection, neutralize any opposition as necessary, and reach the end of the level.

Some of the levels are linear and are somewhat more encouraging of an action-oriented approach. Other levels are mazelike and afford you with little-to-no-room for error. If you're so much as seen by a guard or spotted by a security camera, you'll invariably fail the mission and will need to give it another try. The missions in Pandora Tomorrow are quite long and involved, relative to other side-scrolling action games, but this means that failure at a key point in a mission can set you back quite a ways. It's ironic that this portable version of Pandora Tomorrow resoundingly succeeds at translating the occasionally frustrating trial-and-error style of gameplay found in the main versions.

As in the previous Splinter Cell game, what you often end up doing here is standing still while holding down the left shoulder button, which allows you to scroll the screen past where you're standing to see what's down the hall. You'll monitor guards' back-and-forth patrols and security cameras' back-and-forth sweeps so that you can make a break for it when you see your opportunity. Being noisy isn't a consideration, so you can just run right up--Metal Gear Solid-style--to take out a guard from behind (as long as he doesn't see you). Fisher can also switch to thermal- and night-vision modes, which are useful in a few specific cases. However, the core of the gameplay remains the same and is consistently demanding of patience and careful timing.

Fisher does have some new abilities this time around. In the first Splinter Cell GBA game, Fisher didn't get to use his signature SC20K assault rifle during the main missions. This time he's got it, and it lets him fatally shoot guards right in the face. Or he can blind them with a flashbang grenade. Unfortunately for Fisher, ammunition is scarce, and oftentimes deadly force is not permitted. In these and other cases, the SC20K is still useful for targeting and taking out security cameras, whose slow back-and-forth panning will constantly impede your progress throughout the game. Fisher can now grab unsuspecting enemy guards to hold them hostage, which is mostly useful for getting past the odd retinal scanner. As mentioned, he can also drag bodies, though this doesn't figure heavily into the gameplay. Sometimes you won't be permitted to leave an area because a body's been left out in the open, but it turns out that the way to get past this is to eliminate any security cameras in the vicinity rather than trying to hide the bodies.

By tapping up on the directional pad, you can also make Fisher step into the background, a technique that he can often use to help him hide in shadows or slip past foreground objects. He can also execute a forward roll maneuver to move quickly while keeping a low profile, and in some cases, he can rappel down walls. Furthermore, he gets to do a lot of climbing along vertical and horizontal pipes. The game has some light platform-jumping elements, like its predecessor, and the relative simplicity of these tends to come as a refreshing change from the often-frustrating sequences involving lots of cameras and lots of guards. It's not necessarily game over if you're spotted and an alarm is sounded, but what generally happens is that heavy reinforcements roll in, and they are capable of killing you easily. Moreover, they'll soak up a lot of your precious ammunition if you try to take them down. You can often find spots where the basic enemy artificial intelligence is too stupid to spot you or to get to you, but then all you're doing is waiting for the alarm state to wear off. If Fisher stands idle for a few moments, you'll see him fold his arms, as if impatient (and you'll be feeling much the same way during these moments).

There are also some new minigames this time around. In the previous game, there were several different lock-picking minigames, and now there are several more, some of which involve hacking rather than lock-picking. One of the hacking minigames isn't bad. In it, you need to rotate puzzle pieces to form an uncut circuit from one end of a path to the other. In the other two--one of which involves locking down sequences of binary code and one of which is basically a simple rhythm game--are bland and time-consuming. There's a good amount of variety to these overall, but having fewer, better minigames would have been preferable to having lots of mediocre ones.

Like the previous Splinter Cell for the GBA, this one does deserve credit for mimicking the gameplay of its big brother as well as it does. But, once again, it only serves to prove that stealth action gameplay on a flat 2D playing field just isn't very entertaining. Sam Fisher's a pretty maneuverable guy, he's got a cool rifle, and, in a satisfying touch, he can knock enemies out cold by dropping down feet-first onto their heads--so you might just find yourself wishing you could be running-and-gunning through enemy-infested levels rather than waiting patiently for the moment to sneak past some guy you could easily take out if you were allowed to. But, of course, an all-out-action approach would be going against the theme of Splinter Cell. Still, in those relatively rare instances where you get to blast your way through some bad guys in this game, you'll probably find yourself having a lot more fun than usual.

Pandora Tomorrow for the GBA borrows a lot of its audiovisual elements from the previous game, though it's got some new music and some cool, new animations. It's still a good-looking game overall, featuring smoothly animated character sprites and some nice visual effects. The new animations for things like taking enemies hostage and forcing them to use retinal scanners are particularly good. On the other hand, the game's environments and some of the audio are still pretty bland. Fisher sounds pretty good, since most of his audio consists of samples from the main Splinter Cell game, but enemy characters still all say "Hey!" when they see you, as though each just found a quarter on the street. Plus, all the guns in the game sound like they're silenced, which doesn't make any sense. Meanwhile, the music attempts to be bass-heavy but just comes off sounding tinny, though it's not bad.

This portable version of Pandora Tomorrow, unfortunately, is completely lacking the innovative multiplayer mode that helps make the other versions of the game so impressive overall. But, as mentioned, the game's missions (for better or for worse) won't go easy on you. If you enjoyed the previous Splinter Cell GBA game, then this one can be recommended, since it's got some decent new mechanics and seems to assume that you're already experienced with the gameplay (the optional training level certainly doesn't prepare you for the real challenges ahead). On the other hand, if you consider yourself neither particularly patient nor particularly hardcore, as a gamer, then steer clear. 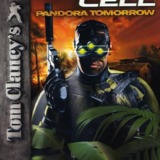 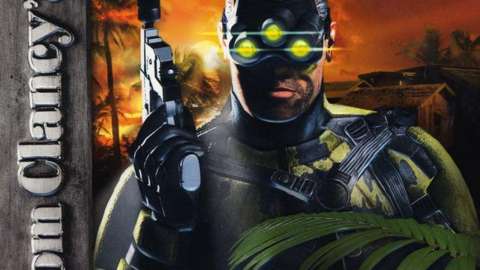 The single-player and multiplayer portions of Pandora Tomorrow are both highly impressive and add up to an experience that will surely appeal to anyone remotely interested in a game of high-tech stealth action.