This WiiWare puzzler will keep you occupied for hours on end.

Based on the Game Boy Color game of the same name, Toki Tori is the titular hero's first appearance on the Wii. The essence of the game remains the same, with 80+ puzzle-based levels that require Lemmings-like resource management combined with platforming. However, now you'll be using the Wii Remote to control the main character, with support from the Nunchuk's analog stick if you need it. The exact purpose of your quest is a bit hazy your mission is clear: You'll need to help Toki Tori rescue his many siblings, still in their unhatched shells, from the clutches of some rather unsavoury critters. While the game's premise isn't unique, there's still a fun experience to be had for people of all ages and should keep most occupied for a decent amount of time.

The aim in Toki Tori is to guide your egg-shaped chicken through various mazes, using the many resources at your disposal. You'll discover new tools and skills along the way, such as the ability to build bridges, teleport short distances, move bricks to access new areas, freeze enemies into an ice cube, create blocks to fill gaps, and many more. Depending on the type of stage, items may be limited, and you'll usually have to think creatively to get the job done with what you have. You'll essentially guide Toki through each level using the limited items on hand to help you reach all the eggs, while defeating any enemies that stand in your way. Collecting all of the eggs will allow you to progress to the next stage. The controls are pretty straightforward thanks to the simple use of the Wii Remote. You point on the screen to direct Toki to a certain spot, but if you want to use a bit more precision, you can also use the Nunchuk's analog stick to move him in the desired direction. It's easier to use the remote and Nunchuk at the same time if you're playing it for extended periods, but both control schemes work well.

The game does a great job of drawing you in with simple puzzles, but things become progressively more challenging as you progress. Thankfully, that has more to do with the balancing of resources than a punishingly hard level. The difficulty curve is perfectly pitched, with new skills introduced steadily before your puzzle-solving abilities are really tested toward the end of the game. If you find things too easy early on, then hard mode reworks the levels and items that you'll have at your disposal to make things trickier than before. If you're a big puzzle-game fan you'll probably love the challenge, but others may find this difficulty setting a bit too daunting.

If the difficulty of a particular stage overwhelms you, then you can use a wild card to skip it completely. You get only one wild card to use in the game, so you need to go back and complete that stage to reclaim the wild card for future use. If you don't get stuck on any levels--which is certainly no mean feat--Toki Tori will probably take you only a few hours to finish. In addition to the single-player mode, there's a two-player cooperative option in which a second player can draw hints on the screen using a Wii Remote. The second player can't actually interact with the game beyond this, so its only use is for parents or experienced players who want to give a hint to novices.

Developer Two Tribes has done a particularly good job re-creating Toki Tori as a WiiWare game. The cute graphics of the characters and environments have arrived intact, and the levels look sharp and vibrant. You start out in Forest Falls, which is a lush, colourful jungle that contrasts heavily with the ghosts and dungeons of the second area, the Creepy Castle. Slimy Sewer features dripping sewers and slime-covered slugs that you can zap with a special Ghostbusters-like slug-busting backpack. The last area, Bubble Barrage, takes Toki underwater where he has a limited amount of air with which to complete each stage. Each area has 10 levels, as well as seven or more hard levels for the more seasoned puzzle solvers.

The soundtrack is filled with merry anthems that suit the game's mood, but they quickly become repetitive, and you'll soon be reaching for the mute button. You'll also get notes in the Wii message board from Toki Tori, who'll congratulate you for completing an area before you move on to the next. They appear as postcards with attached images, which is a particularly nice facet of the game.

Toki Tori is a fun and challenging WiiWare puzzle game. Its cute graphics, simple control scheme, good difficulty curve, and challenging gameplay will keep kids and adults alike amused for hours. The game costs 900 Wii Points, which is a tad on the pricey side. But if you're a keen puzzle fan who has enough perseverance for the later levels, then it's definitely a game that you should check out. 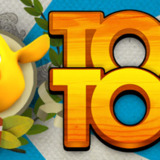 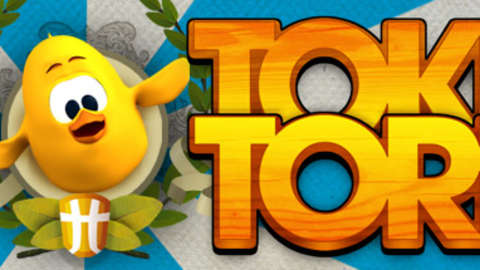 Toki Tori is a puzzle game in the vein of Lemmings and Lode Runner that puts you in the shoes of an egg-shaped character who must use various tools and weapons to make your way through the game's 60 levels.