ToeJam & Earl: Back In The Groove Review - The Funk-Soul Brothers

Back with another one of those block-rockin' beats.

ToeJam & Earl was in many respects typical of the kind of game that defined the Genesis--charmingly eccentric, ostentatiously hip, staunchly uncommercial. A broad comic pastiche of tropes from early hip-hop and mid-'80s New York street style, this low-key co-op dungeon-crawler about alien rappers had what you'd call a vibe, and as one might have put it then, it was a trip just to groove with it. ToeJam & Earl: Back in the Groove is faithful to this spirit. A ground-up remake from series creator Greg Johnson, it adheres so closely to the source material that it's hard to critique without it reading like a referendum on the original. Everything about the experience has been designed to make you nostalgic for the early 1990s, and sinking into its reverie of the past can be appealing. But too often it reminds you how far we've come since then, and makes you remember why certain things are better left behind.

The setup is identical. As the game begins, our extraterrestrial heroes have crash-landed on Earth, their ship totally obliterated. At the same time, a black hole has warped the world out of recognition, the upshot of which is the planet has been laid out across small tracts of land stacked one on top of the other, the lot of them connected by elevators--sort of like a Salvador Dali landscape crossed with Super Mario Galaxy. The object of the game is to collect the 10 pieces of scattered debris that together comprise your ship so you can return home to planet Funkotron. The pieces are hidden, their locations randomized, and the distorted quasi-earth that houses them teeming with nefarious earthlings out to thwart you for reasons unexplained. It's glib and vaguely surreal. It's absurd, but you get the sense you're not meant to question it.

Your pursuit of the 10 missing ship pieces unfolds not unlike the exploration of a dungeon in old fantasy role-playing games; Back in the Groove is a more or less standard example of the roguelite genre. Earth's ascending series of floating-island stages are generated procedurally--with the option to play a "fixed" mode that trains you to a static set of levels--while enemies and loot, both abundant, are randomized on each playthrough. Enemy placement and distance between objectives have the luck-of-the-draw quality that makes roguelites so engrossing (if frustrating), and death is permanent, demanding from-the-start replays.

What distinguishes ToeJam & Earl from other roguelites are its style and its attitude. One of the first things you notice is how mellow it feels. It's an extremely gentle, easy-going game. That's not to say it can't be difficult--on random mode, I died frequently and agonizingly, and won by the skin of my teeth. But there's a kind of unflappable composure and lackadaisical pace throughout that makes the experience feel relaxed. This is a game that not only permits but rewards lounging in a hot tub for as long as you'd like, and in which the heroes don't run but saunter. Where most games tend toward the urgent and dramatic, ToeJam & Earl prefers things unhurried. The word for it is chill. It's very likeable.

The overall look of ToeJam & Earl is unmistakable. Its vibrant aesthetic drew from a variety of urban artists of the era, including the pop art of Keith Haring and Jean-Michel Basquiat and the subway graffiti of Futura and Zephyr, and in its own cartoonish way the game is as authentic a snapshot of the period's hip-hop and street culture as films like Breakin or Wild Style. Of course, what was contemporary in 1991 is decidedly retro in 2019, and its bright acrylic colors and bold animations are all the more striking for their vintage air. This is particularly true of the patterned backgrounds used as interstitial lulls between levels. In the original these were loading screens; here they're technically unnecessary, but they add something unquantifiable, like grace notes, and have been wisely left in. It's in such touches that Back in the Groove best captures the mood of its predecessors.

Old-school hip-hop looms over ToeJam & Earl, but it's actually funk, not rap, that provides the music. As the title promises, grooves abound. The newly recorded soundtrack, a raft of jams by virtuoso bassist Cody Wright, features such aptly named tracks as "Slow Groovin," "The Bass Master," and "Funk Funk Funk E," which sound as advertised. It's hardly the most diverse score, but I never found it repetitive. Those endless basslines feel inseparable from the tempo of the action and atmosphere of the setting, and as such contribute to what is on the whole a really coherent style. Tone, rhythm, visual design--it's all of a piece. And the few elements introduced expressly for the remake, like new enemies, items, and playable characters, don't depart from the template of the original in the slightest.

There are things one expects even the most faithful throwback to modernize. But as if to protect the essence of ToeJam & Earl, next to nothing about the classic gameplay has been modified, supplemented, or otherwise upgraded. The game still controls like it's mapped to three buttons, and rather than streamlined it's merely simplistic. There's not much more to do than walk around and alternately locate ship parts and elevators as you evade earthlings, most of whom are so predictable and easily avoided that death is usually caused not by any one tricky enemy but by a bunch of them crowding you in a flourish of unlucky randomization. A pair of basic minigames (a crude rhythm game and an endless runner) feel like afterthoughts, and from beginning to end the campaign can be completed by a skilled player in under two hours.

Items, like much else in ToeJam & Earl, are distributed at random, gift-wrapped and unidentified until opened or divined by magic. These presents are in ample supply, and there's a staggering number of types to discover, most of them outlandish. Some, like earthling-pelting tomatoes or enemy-attracting decoys, have obvious (if limited) benefits. Others, like an alarm that sits above your head and alerts enemies to your position or a kind of bomb that causes you to immediately self-destruct, are gag gifts, better left unopened. Most seem pretty arbitrary, as though included because they're amusing. None struck me as particularly useful--even the slingshot, which should be straightforward, is ineffective. They have no real effect on strategy, except as blunt instruments, and more often than not their randomness is a burden.

A simple progression system--another holdover from the Genesis version--allows you to level up and earn titles ranging from "Weiner" to "Funklord." Now this system has been expanded upon with a basic stats tree governing your speed, luck, and so on, and in Back in the Groove graduation from one title to the next bears with it additional points in each category. The entire system is underdeveloped, and while boosts to these attributes no doubt do have some bearing on your speed or the frequency with which you happen upon valuable presents, the effect of levelling up on anything other than your health meter seems negligible. It mattered so little to my success moment-to-moment that I often forgot to redeem my level-ups when I'd earned them.

Online multiplayer is one of the rare other modern amenities, and it is an awkward fit. ToeJam & Earl was a quintessential couch co-op game circa 1991; two players felt fundamental to a full experience. But while local multiplayer still delights as expected, playing with up to three friends or strangers online is not remotely the same. There just isn't enough ground to cover in a given level to warrant four different people searching for the same elevator, and not enough content other than that to keep everyone busy; walking around together is redundant, and splitting up a waste of time, as whoever happens on the goal first has to stand around waiting for the rest of the gang to catch up. One tardy straggler can make a level feel interminable.

As if to protect the essence of ToeJam & Earl, next to nothing about the classic gameplay has been modified, supplemented, or otherwise upgraded.

In its first incarnation, ToeJam & Earl could seriously strain the Sega hardware. An environment bustling with enemies could slow the frame rate nearly to a halt, and the game's madcap sense of creative abandon sometimes seemed too much for the console to handle. Back in the Groove suffers from similar technical defects, even on PlayStation 4, to the point where I honestly wondered whether the persistent freezing and stuttering might not be an ingenious reference to its underperforming forebear. There are intermittent problems with the randomization process, too, including, on multiple occasions, the failure of game-essential objects to appear, preventing advancement to the next level. Several times I arrived on a new level to find that the elevator to the following level was nowhere to be found, requiring me to exit and load a previous save file.

ToeJam & Earl: Back in the Groove belongs completely and unapologetically to the early 1990s. This remake's most attractive features--its dazzling animation, its infectious bass--are ambrosia for the nostalgic and derive much of their charm from their fidelity to the Genesis original. But a lot has changed over the last 30 years, and the game too often fails to gracefully integrate new features to a modern standard. For every wistful reminder of bygone days and the pleasures of the era, there's a lingering fault or drawback that could have been smoothed over or mended. The issue with Back in the Groove's unwavering faithfulness to its predecessor is inextricable from what makes it occasionally so much fun: It's both captured the good and brought the bad back with it. 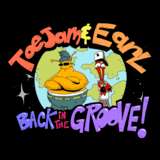 Calum has a lot of affection for the original ToeJam & Earl, which he played so much on the Sega Genesis as a child that his parents were concerned about his eyesight. His eight hours with Back in the Groove brought him back to 1991, for good and ill. We purchased a copy of the game on PlayStation 4 for review. 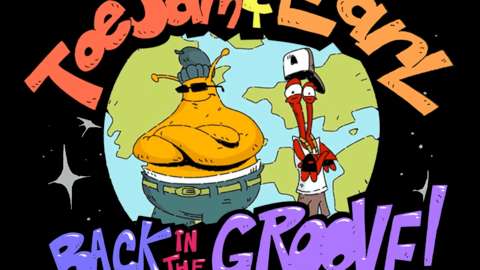 ToeJam & Earl: Back in the Groove!

Toejam and Earl is back and goin' indie, and old skool like GAME ONE, with a fun retro-comics style, and plenty of funk.