A bland first-person shooter mode does little to freshen up the stale taste of this aging light-gun series.

As an odd remnant of the bygone days of the arcade, light-gun games have been struggling for relevance for years now. Namco's Time Crisis series--arguably the last franchise to bring anything significant to the genre--attempts to co-opt the popularity of free-movement first-person shooters with Time Crisis 4 for the PlayStation 3, but it misses the point. What you're left with is some pretty straightforward shoot-and-duck light-gun gameplay shot through with stale FPS action and some clumsy motion controls.

First off, let's talk about the hardware that comes with Time Crisis 4, which consists of the new GunCon3 light-gun controller and a set of infrared sensors that you place near the top of your TV. The infrared setup is similar to the Wii sensor bar, but less elegant, consisting of two somewhat sizeable sensors tethered together with a length of wire that you plug into one of the PS3s USB ports. The day-glo orange GunCon3 controller itself is also USB-based and looks like an overgrown version of the GunCon2. In addition to the trigger, there are two buttons on the side of the barrel and two more on the back, along with an analog stick. There's also a handle that juts out of the left-hand side of the barrel near the front, which is home to another analog stick and two more buttons.

It's actually a fairly comfortable controller to hold, at least for right-handed players, but there's something kind of intimidating about a light gun with six buttons and two analog sticks; it all seems like an awful lot of trouble to go through for a light-gun game. One of the fundamental appeals of a light-gun game is that it's self-explanatory--just point and shoot. Yet the design of the GunCon3 and Time Crisis 4, in general, flies in the face of that appeal. For the record, Time Crisis 4 can be played with a regular controller, but you'd want to do that about as much as you'd want to play a standard first-person shooter with a light gun.

There are two main modes of play in Time Crisis 4: arcade and complete mission. Both revolve around a trio of exceptionally and uniquely ridiculous-looking law enforcement types as they chase after a terrorist organization that's gotten its hands on a biological weapon called "terror bite," which is basically just a swarm of really aggressive bugs. It's pretty campy stuff, but the game takes it all just seriously enough that it takes the fun out of it. In the arcade mode, it feels like a pretty traditional Time Crisis game. You automatically move from one piece of cover to the next, pressing a button to pop up then cap generic enemy soldiers as they hop out of doorways and generally act like jack-in-the-boxes with poor aim. Returning to cover will reload your weapon and protect you from the occasional bullet that might actually hit you, but there's also a ticking clock to discourage you from playing too cautiously.

Like Time Crisis 3, you've got a submachine gun, a shotgun, and a grenade launcher in addition to your standard pistol, though these secondary weapons require ammo that you can pick up by repeatedly shooting specific color-coded enemies. At several points, you'll have to defend a location for a set amount of time while enemies come at you from multiple directions. The game says you can point the GunCon3 at the edges of the screen to move between the different positions, but in our experience, this is far less reliable than just thumbing at one of the analog sticks. There are some fun moments in the arcade mode, such as a sequence where you're the gunner on a helicopter as it sweeps through skyscrapers while engaging enemy choppers and ground units. But too much of the game is still beholden to rigid light-gun convention, and it feels like you've gone through all of these fights a hundred times before. The arcade mode is short, though the way the game metes out continues and extra lives means that it'll take at least a few runs before you'll get through the whole thing.

The complete mission mode is Time Crisis 4's grand gesture toward modernizing the light-gun game. The results are tepid at best, taking the basic structure of the arcade mode and haphazardly jamming some lengthy new first-person shooter levels in between the traditional, on-rails levels. The basic controls are the same as any console-based FPS, using the left analog stick for movement and the right analog stick for looking around. The twist is that you still aim your weapon with the light-gun part of the GunCon3, basically giving you a third axis of movement to wrangle with, which just complicates things and makes the action feel unwieldy. The actual FPS levels are embarrassingly rudimentary, relying on the same basic jack-in-the-box enemy concepts as the light-gun portions of Time Crisis 4, though with the addition of some bad jumping sections and a painfully slow movement speed. The moments when the game tries to get a little trickier, such as a boss encounter or a fight with a helicopter, really reveal how poorly the FPS controls work. Trying to track a fast-moving enemy while trying to manage your position, where you're looking, and where you're aiming is just a chore.

The FPS stuff in the complete mission mode also looks pretty terrible, with lots of flat, wide-open spaces sparsely populated with boxy objects for enemies to jump out from behind. The tight staging of the light-gun levels make them feel a whole lot more dynamic, but there's nothing in Time Crisis 4 that makes it look like a PlayStation 3 game. From both a technological and an artistic perspective, it looks a whole lot like the late-'90s arcade games from which it was spawned. It has lots of shiny, over-lit environments that look too clean and sharp to have ever actually existed.

Time Crisis 4 is a game that almost seems ashamed of being a light-gun game. Unfortunately, its attempt to transition into a full-on first-person shooter almost comes off as a 10-year-old parody of an FPS, which ultimately just makes the whole package feel all the more dated. 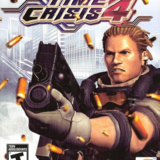 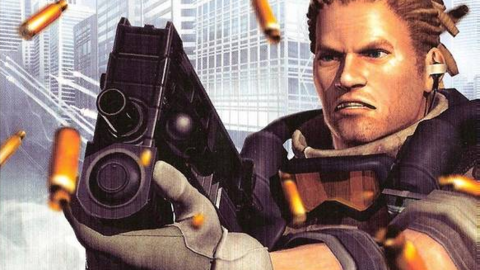