This is the Police Review

Time to clean up this corrupt city.

After a long night filled with nightmares and lingering thoughts, you arrive at the police station early in the morning. A threatening note from the city’s biggest crime boss has been carefully placed at your work desk. He needs you to do some “favors” for him in exchange for your life--and a large sum of cash. The station’s already short on staff, but now you must send your best beat cops to do the Mafia’s bidding and ignore calls of distress from innocent citizens. The results aren’t pretty: Crooks get away with heinous crimes, while victims lie dead in the streets.

This Is the Police gives you a glimpse of the pressure-packed day-to-day world of Freeburg’s struggling police chief, Jack Boyd. After an investigation goes wrong, the mayor and the rest of city hall want to push the veteran Boyd out the door and plan to replace him with a fresh face. Boyd only has 180 days left to clean up the streets and make half a million dollars for his retirement. Boyd’s last days as police chief are a tumultuous journey riddled with danger and shocking twists. The gripping story sports plenty of memorable scenes, all of which are presented as a colorful newspaper-style comic strip, playing well with the game's minimalist art style and muted color pallet.

Jack Boyd doesn’t stand out visually as you can barely make out his face, but his deep voice--courtesy of Duke Nukem actor, John St. John--leaves a lasting impression. Boyd’s a compelling antihero, with decades of crime fighting under his belt, and a somewhat jaded personality to show for it. His checkered career has touched a lot of people, some for better and others for worse, leading to tense and poignant exchanges as you near the end of his career.

Gameplay is an enjoyable and challenging mix of point-and-click adventure and management sim. You take control of two shifts of police officers and detectives and solve crimes via an isometric map of Freeburg. You start each day trying to pick the most well-rested squad, then respond to procedurally-generated events that pop on the map. You don’t actually see crimes play out; instead they’re presented as images and lines of text. Gameplay--like choosing which cops and detectives to send out on jobs--is distilled down to interacting with a few sleek menus.

While the challenges start out relatively simple and easy--the earlier crimes aren’t all too serious, requiring just a pair of cops to resolve--their complexity grows in short order. A bank robbery forces you to send a half-dozen cops alongside a SWAT team and a paddy wagon, while a domestic-violence case only requires a couple of officers. You can spot a visual timer on the images of the officers you sent out as each crime takes a different amount of time to stop. A bank robbery will take 30 seconds longer to end than a misdemeanor, like a homeless disturbing people.

The real strategy here is figuring out how to best make use of your squad. If you send all of your best employees out on one job, you risk not being able to stop other unlawful acts. You're forced to think on your feet and be decisive, knowing full well that things can go south at any second. One time four of my best officers were gunned down during a car chase because I didn’t send a SWAT team to help. It was shocking, but it's this brutal unpredictably that makes This Is the Police so enthralling.

You also make text-based choices during a few gameplay and story scenes, whether it’s answering questions during an interview or city hall interrogation, or choosing which crime family to side with during a gang war. The way you choose to approach an interrogation, for example, will determine if you’re guilty or innocent of corruption. If you pick the wrong answers then you risk having your police budget reduced, or even being sent to prison.

Eventually city hall will start making seemingly ridiculous demands, like making you fire certain officers without reasonable cause. If you don’t comply or let too many crimes go unpunished, the mayor will reduce your police budget and squad. The Mob's contrasting demands make you second guess your decisions even further. If you don’t turn a blind eye to its serious crimes, you’ll be killed. But if you help and send your best employees to do their bidding, you’ll be rewarded with a large sum of cash you can spend on bribes. Making both parties--and your police squad--happy while trying to keep Freeburg safe requires thoughtful planning and skill.

Consequently, being a police chief in this corrupt city has you make sacrifices and compromises you’d otherwise want to avoid. The stakes are always high. Some situations even force you to make a few life-or-death decisions. In your playthrough you might encounter someone who spotted a bomb hidden inside a duffel bag on a park bench. As the cops arrive at the scene, you have to make a few choices: shoot the bag, have the cops remove it themselves, or wait for the bomb squad to arrive. If you make the wrong decision, your best officers and a number of innocents will perish. Even if the game's more routine, mundane crimes grow repetitive over time, the choices you make during curveball events leave a memorable impact.

A big letdown are the detectives. They work on investigations that take way too long to complete. The game also tries--and fails--to delve into some serious issues about racism, sexism, and police brutality. City hall orders you to specifically fire all cops that are black as part of the gameplay narrative. The game’s trying to point our attention to how awful and corrupt workplaces and state governments can be when it comes to these type of issues.

This has the potential to be an interesting, risky scenario, but the end result lacks substance and disappoints. You either do the horrible deed, or you steadfastly refuse--and just fire one employee the next day on the mayor’s order. This Is the Police tries to depict the mayor as being corrupt and vile, but by ending the discussion there, it fails to examine the more important subjects it introduces--like race relations--in a meaningful way.

Managing an entire city’s police force and saving lives, while also adhering to the demands of city hall and the Mob makes for a tense management sim. This Is the Police continually presents you with memorable and important choices that impact the story, and even though its most intriguing conflicts could benefit from more examination, the game is carried by a captivating antagonist. Jack Boyd has a hard time staying good in a city filled with vile people, and you won’t soon forget the time you spent in his shoes.

View Comments (47)
Back To Top
7
Good
About GameSpot Reviews 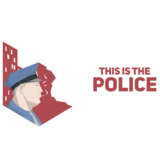 Alex enjoyed his time solving crimes and exposing corruption as police chief Jack Boyd. It took him 20 hours to finish This Is the Police. GameSpot was provided with a complimentary copy of the game for this review. 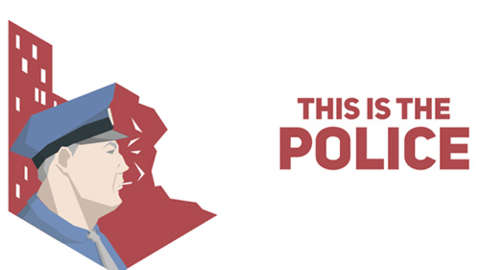 This Is the Police

This Is the Police is a strategy/adventure game set in a city spiraling the drain. Taking the role of gritty Police Chief Jack Boyd, you'll dive into a deep story of crime and intrigue. Will Jack reach his retirement with a nice stack of bills, or will he end up broken ... or worse?