The Terminator: Dawn of Fate Review

The Terminator: Dawn of Fate is a mediocre action game with a terrific license.

The Terminator: Dawn of Fate is a straightforward action game that features characters and story events based on those found in James Cameron's Terminator film series starring Arnold Schwarzenegger. Unfortunately, the gameplay isn't particularly good, though it's decent enough that fans of the film series might as well consider checking out the game, since it does offer up some impressive visuals and reveals more of the futuristic world of the Terminator films than has been seen before.

The story of the game serves as a prequel to the Terminator movies and closely follows the events leading up to the first film. The setting is a war-torn postnuclear world in which cities have been reduced to rubble and the human population is near extinction at the hands of a cybernetic menace. John Connor is the leader of the human rebellion, and you must help him reach the time machine that brings Kyle Reese--Michael Biehn's character from The Terminator--into the past to protect Sarah Connor, John's own mother. During the game, you play as one of three characters including Kyle Reese, but though they each look different, they play identically.

The game includes 10 missions, each filled with various objectives ranging from holding off an endless swarm of terminators to providing cover for teammates that have to plant explosives in specific locations. During the course of the game, the story unfolds through some decent-looking CG cinema sequences, as well as in-game cutscenes. You also have a comlink that allows you to pick up new objectives in midmission.

The actual gameplay mechanics found in The Terminator: Dawn of Fate are extremely simple. You can take out your enemies up close with a little hand-to-hand combat or by shooting them from a distance. The hand-to-hand combat is controlled by one button that delivers either heavy blows from your plasma baton, leaping kicks, or foot sweeps, depending on the direction you're pushing on the analog stick during your attack. Shooting enemies can be done in one of two ways--in a third-person mode using an automatic aiming system that allows you to move and shoot at the same time, or in a first-person mode that allows you to aim more accurately but prevents you from moving. At some points in the game you'll come across fixed plasma gun turrets that can be fired only from a first-person mode, but since their rate of fire is so much higher than that of your handheld weapons, you can typically destroy your enemies long before they can even fire on you.

You'll pick up a variety of weapons as you make your way through the game, including auto pistols, assault rifles, rocket launchers, canister bombs, and C4 explosives. You'll even get to fire futuristic weaponry like a pulse cannon that can zoom in like a sniper rifle to take out targets from afar. While the projectile weapons are fun to shoot, fighting endoskeletons up close hand-to-hand is much more effective. You can simply knock them over with a foot sweep and follow it up with a downward thrust with your plasma baton to destroy them. It's not much of a challenge. You also have what's called an adrenaline boost that increases your character's strength, which you can use when you've got a lot of terminators to deal with at once. Activating this changes your character's attacks a bit and adds a blurring effect to emphasize your heightened state.

The controls for attacking are simple, but moving your character around the 3D environments is problematic since the control scheme actually changes depending on the camera angle. For example, if the camera is following your character from behind, say while running through the ruins of a hotel ballroom, you'll naturally run forward by pressing up, run right by pressing right, and so on. A few steps later and the camera angle might change to a distant side view, and your character will continue to travel in the direction you've been headed as long as you continue to hold the analog stick. But the moment you stop, the controls change to fit the camera angle. So now, moving left and right across the screen would require you to push forward or backward on the analog stick. If this sounds confusing, that's because it is--especially when you've got terminators all around you and you're standing on one of these camera angle/control fault lines. You literally don't know which way is up sometimes, and it's not something that gets a whole lot easier to deal with over time. It's not a problem that completely ruins the experience of playing the game, but it can be incredibly frustrating at times.

If nothing else, The Terminator: Dawn of Fate is an impressive-looking PlayStation 2 game. The character models feature a high polygon count that gives them a very realistic look. All of the human characters you'll encounter have a stylized look to them and are adorned with unique details like tattoos and different equipment. The enemies you face look equally impressive. The terminators you fight range from early models not seen before to giant chrome warships that patrol the sky. The animations of your characters and the terminators are very believable and are representative of what was seen in the films. The war-torn environments you'll traverse are also extremely detailed and are littered with lots of scenery, such as overturned vehicles lying in rubble. Many of the areas you'll travel through are a bit dark, but the subdued lighting fits the game well and also helps to show off the game's notable lighting effects. However, while the camera angles typically look good from a compositional standpoint, and help give the game a cinematic feel, they often don't give you the best view of your enemies or of the environment. The CG sequences in the game also deserve a bit of recognition since they are simply gorgeous and will more than please any Terminator fan.

In terms of its audio, The Terminator: Dawn of Fate is notable for its great variety of sound effects for all the various weaponry. You'll appreciate that the plasma guns sound just like they did in the Terminator films. The game also includes a great deal of voice acting, but unfortunately, it's all pretty bad. Lots of way-over-the-top performances are found throughout the game, and they never quite fit. The music fits better--fast-paced heavy metal accompanies the action sequences and appropriately fades out to a more ambient theme when the action dies down. The game does have some fairly impressive sound support that not only includes standard surround, but also Pro Logic II support.

In the end, The Terminator: Dawn of Fate is a mediocre action game with a terrific license. Even with its mix of hand-to-hand combat and third- and first-person shooting, the gameplay becomes highly repetitive after just a few hours. The constant fighting you'll have to do not with the terminators but with the control issues often makes the game quite frustrating, especially as you'll find yourself wandering around looking for the exit to the level. The storyline isn't especially compelling even for die-hard Terminator fans, but at least the game's visuals and overall presentation, minus the voice acting, are very well done. So, for the Terminator fans out there, the game's problems may be difficult to overlook. But being able to walk around in the movies' bleak future and take on all those endoskeletons is obviously appealing. And since you can see most of the game in about 10 hours and even unlock a good percentage of the extra features, like cheats and character skins, this one could serve you well as a rental.

View Comments (1)
Back To Top
6.1
Fair
About GameSpot Reviews 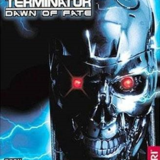 The Terminator: Dawn of Fate
Follow
$28.07 on Walmart
Buy 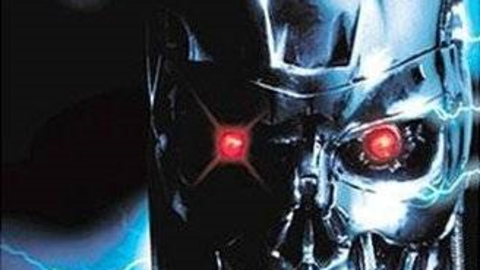 The Terminator: Dawn of Fate

The Terminator: Dawn of Fate is a mediocre action game with a terrific license.

6.5
Sign In to rate The Terminator: Dawn of Fate