Is absolute obedience the fine print of eternal happiness?

Truly charismatic characters are a rare thing to encounter in games. A distinct feeling of connection to fictional people depends on key elements like good writing, laser-sharp timing, and unique perspectives. With all these concepts in place, you're more likely to be drawn into a story or relate to a character's motives, and subsequently, remember those characters for a long time to come. This is the main reason The Red Strings Club is so strong.

With an animation style that recalls classic LucasArts adventure games, The Red Strings Club begins in the titular basement bar owned and operated by information broker Donovan. Along with his partner, the street-smart hacker Brandeis, Donovan values secrets more than money and as such, he is well-known throughout his community as the man who can get answers. Late one night, the pair get a visit from a malfunctioning android who is desperate for help. When Brandeis is able to access the android's memory banks, an extraordinary journey begins, where you play as all three characters in a tale filled with unexpected emotional depth and individuality.

While the majority of the game involves speaking to different people, the tense and poignant dialogue choices give even the smallest exchanges a surprising amount of weight. Trust and deduction play big roles in your choices when learning who these people are and what they want from you. Each question or answer seemingly branches off into an enticingly different part of the story, and it's exciting to consistently wonder if you've made the right choice.

You quickly learn that Donovan is famous for matching drinks to customer's specific needs and desires. Throughout certain conversations, the game shifts to a cocktail-mixing mini-game where you must pour the exact amount of certain alcohol types to gain access to different parts of a person's emotions. Setting off a character's depression, pride, fear, lust, and so on can expand dialogue choices and give you additional clues on how to solve the greater mystery involving corporate greed, the ethics of technology, and a violent conspiracy.

Another large share of your involvement also features the aforementioned android, Akara-184. Akara is skilled at creating internal modules which can artificially manipulate the emotions of human customers upon request. These can potentially reduce anxiety, boost confidence, or dull fears. In creating the modules, a pottery lathe (along with a choice of soothing music) is presented, and it's up to you to not only carefully shape the module to suit the customer but decide which components to install. For example, someone wants to boost their ego for an upcoming meeting, but it's up to you to judge what is best for them based on the limited information provided to you. Would they be better off suppressing their selfish desires? You can experiment and witness the outcomes, although things might not go as you planned.

This is where the heart of The Red Strings Club lies: exploring the limits and depths of human emotion. Donovan, Brandeis, and Akara-184 all begin to question their motivations and their purposes as they inhabit the dreary end of this rainy, atmospheric metropolis. Their internal dilemmas are where some of the game's best moments are born. Do our emotions, especially the most horrible ones, make us who we are? If possible, would we keep our sadness but remove our depression? Are we shaped by our suffering?

More than a few times, you are faced with decisions based on ideas that you might not usually consider. Uncomfortable concepts laid out in front of you present a can of worms that, when opened, can either be fascinating or downright terrifying. Weighty decisions are heightened by the game's exceptional writing. Whether it's friendly conversations at the bar, a dangerous argument on a rooftop, or a compelling series of investigative phone calls, you find yourself hanging on every word, becoming sympathetic to conflicting opinions and building a strong connection to characters. Every piece of narrative is more fascinating than the last and before you know it, all that matters is discovering what happens next. From managing a hostile but vulnerable whistleblower to exploiting the affection of a friend to get vital information, paying attention to every action is key to uncovering these fascinating plot threads.

As the layers of mystery peel back, you'll begin to realize the ramifications your decisions have in this world. While you might regret some answers and be confident in others, the delayed cause and effect of some of the game's choices can have you questioning how you could have possibly formed those opinions in the first place, which makes this adventure an extremely personal one. The cast of characters that populate the story each have their own history, motives, and personality conveyed in a direct and intelligent way. Gost the mysterious smuggler, Larissa the extroverted marketing director, and self-obsessed rock star scientist Edgar lead you through an exploration in relationship manipulation. Can you trust this person? Do you want them to trust you? These fantastic, varied characters make you want to settle in and chat, rather than rush through the dialog.

Supporting these moments is the detailed environments; The bar itself is a major location and thanks to the gorgeous 2D art design, it is a space that's enjoyable to spend time in. Subtle details like Brandeis lighting his cigarette, the lonely ceiling fan, the hint of the city when a customer enters, and the sparkling, electronic soundtrack is a haunting combination which forms a tangible sense of atmosphere.

From the far-reaching implications of ethics and artificial intelligence to the heart-wrenching relationship between Donovan and Brandeis, the moment-to-moment storytelling in The Red Strings Club is the kind that can have a strong, personally resonant impact. It puts you in circumstances that make you pause for thought, beyond simply contemplating the motives of the character. There is inventive design in its locations and scenarios which makes you not only want to revel in them, but revisit them with a different purpose once the credits roll.

From the game's opening piano chords, The Red String Club's futuristic exploration of themes regarding human emotion, strong writing, and exciting situations create an experience that is deeply gratifying. The cast of relatable, three-dimensional characters elevate the stakes of every bullet fired, secret divulged and cocktail poured. They are flawed and dangerous, but also convey admirable human characteristics that feel inspirational. The Red Strings Club is a tense adventure about a cast of characters that endanger themselves for goals that aren't necessarily guaranteed, a rewarding journey into the human soul, and a game that pushes the limits of what a point-and-click adventure can do.

View Comments (49)
Back To Top
9
Superb
About GameSpot Reviews 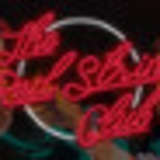 David Rayfield has made some questionable choices in bars in the middle of the night. Fortunately, only a few have led to him attempting to bring down global corporations. The Red Strings Club was reviewed on PC. A copy of the game was provided by the publisher. 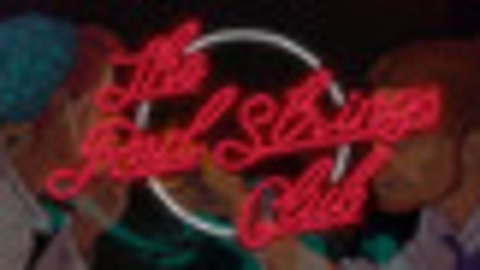