The Lord of the Rings Online: Shadows of Angmar Review

The Lord of the Rings Online is a fun and accessible online role-playing game that does just enough to distinguish itself from its high-profile competition.

With a license as lucrative as Lord of the Rings, Turbine Entertainment could have simply created a World of Warcraft clone with Middle-earth nomenclature on it and called it a day. That The Lord of the Rings Online is such an accessible experience is bound to draw comparisons to the genre's leading title, but that it's so enjoyable to play is a testament to its great design. Its inventive aspects are peripheral, but they are there, and combined with slick and engaging questing, the package makes for plenty of appealing exploration.

Now Playing: The Lord of the Rings Online: Shadows of Angmar Video Review

Tolkien fans won't be left in the lurch, either. The game is brimming with well-known characters and name-dropping galore, as well as familiar races that should please anyone acquainted with the LOTR universe. Men, dwarves, hobbits, and elves are all represented, along with seven total classes being up for grabs. For massively multiplayer game veterans, though, this doesn't make for a lot of choices when games like EverQuest 2 offer so many more combinations, particularly if you plan on playing multiple characters. On the other hand, there is a good variety of gameplay styles from which to choose within those limitations. Classes like the pet-handling lore-master and the stealthy burglar play much differently, and all of them have a role to play within a group of adventurers. Significantly, all of them are viable solo classes as well.

With narrative-focused MMOGs like Dungeons & Dragons Online and Asheron's Call 2 under Turbine's belt, it should come as no surprise that a group of story quests thread together your adventures. Completing each one rewards you with a high-quality cutscene, and it's in these moments that the license shines most. In your early adventures, it's tough to shake the feeling that you've seen most of these types of quests before in other fantasy RPGs. Once the story quests kick in, though, the immersion factor rises and the world's unique qualities come more clearly into focus.

It helps that Middle-earth is beautiful to look at and brimming with touches that distinguish it from other fantasy settings. Seeing petite hobbit holes or the House of Elrond for the first time are gleeful moments for fans. The Lord of the Rings Online does not feature the most technically proficient visuals, with occasionally simple geometry and relatively lackluster character models. On the other hand, the environments are simply breathtaking, featuring plenty of rolling hills covered with lush, colorful foliage and detailed architecture. Even the more barren reaches of Middle-earth look impressive--like the mountains of the Ettenmoors, where dead trees and torn flags litter the landscape. The game engine runs smoothly and has few frame-rate jitters on even more modest systems, so performance issues are not likely to stand in the way of your escapades.

The sound design is even better, starting with a striking and varied soundtrack that transitions seamlessly from one locale to the next. The tribal music that you hear when entering the Old Forest is exciting and bound to get your heart pounding, and the occasional orchestral swooping of Ered Luin is well attuned to the visuals. Voice-overs are top notch as well, though most non-player characters aren't all that chatty anyway. It's harder for an online RPG to distinguish its sound effects, but they are all quite good in The Lord of the Rings Online, from the growls of wargs to the caws of pet ravens.

The game's greatest asset is that there's simply so much to do. World of Warcraft may be the king of quest-based MMOGs, but The Lord of the Rings Online is no slouch, and in fact, you may find yourself with so much to do that you reach the 40-quest limit in your quest log more often than you would expect. The upside is that you'll never be stuck grinding because there's nothing else to do. The quests require you to roam about a good deal, which makes for some occasionally leisurely travel but gives exploration types plenty to see. Aside from the story quests, they mostly boil down to the usual go-there-kill-that missions. On the other hand, some of them are clever and fit well with their locale, such as the Shire quests in which you deliver food while avoiding the noses of hungry hobbits.

Some of it is standard content to be sure, but there's enough here that's different to distinguish Lord of the Rings Online from other quest-focused online RPGs. The deed system is one of those differences. Deeds involve anything from completing a series of quests to exploring a succession of areas, and once you fulfill the deed requirement, you earn rewards like titles and traits. Traits are skills and bonuses that you can equip by visiting a bard, while titles bestow your avatar with such designations as "orc-slayer" or "defender of the halls."

Another distinguishing hallmark is monster play. Once your hero character hits level 10, you can create a secondary monster avatar that's already at the maximum level of 50. For better or worse, you can't play as a full-fledged evil character. However, you can create a monster and enter the Ettenmoors, where a separate set of quests and advancement mechanics await you. This is also where The Lord of the Rings Online's main player-versus-player component comes into play, as hero characters at level 40 and higher can head out there and engage the player-controlled monstrosities. It's a fairly clever system, yet at this stage in the game where few hero characters have hit the necessary level, it's hard to say how successful monster play will be in the long run. At the very least, it gives lower-level players a chance to experience high-level PVP and raid content at an early stage.

Grouping is a major component of any online RPG, and The Lord of the Rings Online is no exception. Temporary groups are found in the guise of fellowships, while guilds are represented by kinships. Fellowships are necessary for group quest completion, but joining one has its own gameplay reward: fellowship maneuvers. While in combat, you can trigger a fellowship maneuver, which brings up a set of icons on your screen that represent these temporary skills. These skills can be both offensive and defensive, and they come in mighty handy while in the midst of combat. You can also plug in a headset and communicate with your fellowship via voice chat, though it would have been nice to have a kinship voice-chat option as well.

Gameplay basics like standard combat and crafting are par for the course in the genre. They are streamlined and pleasant enough, but they're missing a certain oomph found in other MMOGs. Crafting skills are combined into groups of three abilities called vocations. You can't pick and choose your skills--only take one of the preassigned vocations--which keeps your professions relevant to each other but still feels unnecessarily limiting. Thankfully, crafted items are relevant right away, often producing better items than those dropped from monsters or earned as quest rewards, and certainly superior to those found at NPC vendors. The fundamental combat is quick and fun, but it sometimes feels as though there is a dearth of new skills and spells to learn as you advance, so gaining levels doesn't always bring as much excitement as you would hope.

All the nitpicks don't detract from The Lord of the Rings Online's greatest asset: It's fun to play. And it's not often you can make such an unequivocal statement about an MMOG. It is also incredibly stable, so playing is never a struggle, and you can put all your effort into killing monsters and bashing hobbits rather than fiddling with settings or relogging. With plenty of familiar landmarks as well as a few original to the game, it's got plenty of fan service without ever resting on the laurels of a famous franchise. If you're looking for a new online RPG, The Lord of the Rings Online is a great choice.

View Comments (2)
Back To Top
8.3
Great
About GameSpot Reviews

The Lord of the Rings Online
Follow
$9.72 on Walmart
Buy 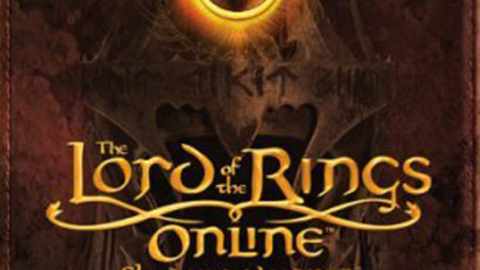 The Lord of the Rings Online

8.4
Sign In to rate The Lord of the Rings Online

Teen
Blood and Gore, Use of Alcohol and Tobacco, Violence