In its several iterations on the PC, Bethesda's Elder Scrolls series has provided extremely immersive single-player role-playing by employing the first-person perspective typical of both Might and Magic games and traditional PC shooters. The Elder Scrolls' most recent incarnation, Morrowind, was a terrific success on both the PC and Xbox, so it's therefore not terribly surprising to see the series expanded to other platforms. The Elder Scrolls Travels: Shadowkey is Bethesda's N-Gage debut, and it adheres pretty closely to the series' conventions. In fact, Shadowkey makes few compromises to adapt to its new format, and it suffers as a result. Technological hurdles cripple the gameplay, making Shadowkey little more than a failed attempt to simulate the Elder Scrolls PC experience.

Shadowkey's story is purposely unremarkable, because, like its predecessors, the game lets you play the hero any way you choose. You combat a nondescript evil that "lurks in the shadows," as the game's opening scroll professes, and this great scourge can be attacked from a variety of angles. Shadowkey's major strength is its open-ended nature, which makes you the master of your own fate.

When you start the game, you'll be given a choice between several character classes and races. At least at the outset, these choices have very little bearing on gameplay, because you'll invariably begin with an iron dagger, a healing potion, and a blaze spell, which is essentially a magic missile. Apart from stat differences and player model variations, character class really doesn't affect the game a great deal.

Although you'll be guided on a series of tutorial missions, during which you'll mostly kill bandits and mutant rats, you'll immediately have the opportunity to travel anywhere you'd like in Shadowkey's huge world. Unfortunately, the lack of a functional map and the extremely short draw-in distance combine to make navigation very difficult. Additionally, the pop-up is so severe that you'll never be able to see a path until you're walking on it. This problem was addressed by enshrouding the game in a misty brume. A similar approach was taken with the indoor environments, which are all incredibly dark. Myriad sconces line the walls, but, as the game's engine isn't designed to support multiple light sources, you'll actually have to get right next to a lamp before you can see it. It's surreal to walk across an expanse of near blackness only to find that you were 10 feet away from sweet luminescence. All this results in pretty poor general playability.

Shadowkey shares its brethren's focus on exploration, but it doesn't give players the tools to properly explore. Imagine a version of Morrowind in which you could only see 10 feet in front of your character. If you don't think that sounds like a very appealing prospect, you're right. These are the types of considerations Bethesda should have made when adapting its game to the N-Gage, which simply doesn't have the resources to display large, three-dimensional environments.

Furthermore, the game's combat system is severely flawed due to inadequate control and broken collision detection. You'll have to use the keypad (in place of a mouse) to line up blows, which land or not depending on the computer's capricious fancy. Spells can be especially unreliable, because even scoring a direct hit isn't an assurance that the creature in question will take damage. When you hit an enemy, he'll sometimes turn red, along with his wound. Other times, he'll stand motionless but will still take damage. In some cases, however, he simply won't take any damage at all. And since combat is the bread and butter of Shadowkey's gameplay, these issues are pretty severe.

Because the Elder Scrolls games have always been single-player, one of Shadowkey's most intriguing features is its Bluetooth party play. Two can play cooperatively to complete missions. However, only the host will advance as a result of this work. The other player is relegated to providing combat support, although the number of enemies remains the same. This is not an especially refined system, but it does give you a chance to check out your friends' player models, which represent graphical highlights for Shadowkey.

Shadowkey features some of the same soaring musical score found in Morrowind, which comprises impassioned play on Renaissance minstrel instruments. You'll definitely feel like you're in a land where words are perhaps spelled with extraneous e's and where people feast on oversized drumsticks. So, the sound evokes atmosphere and typifies a solid effort.

The Elder Scrolls Travels: Shadowkey falls prey to its own ambition, which sounds a lot like an explanation for what turned some of the game's villains to the evil lifestyle. The game has simply been insufficiently adapted to the N-Gage's technology. As a result, what could have been a long and engaging experience will instead prove rather frustrating.

Editor's note 12/09/04: The review originally stated that the game features multiplayer support for up to four players, which is incorrect. GameSpot regrets the error. 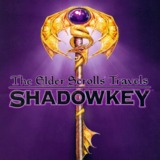 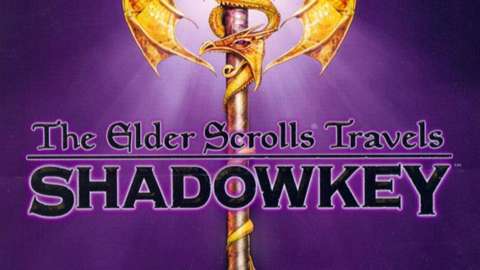 7.2
Sign In to rate The Elder Scrolls Travels: Shadowkey