Amazing is a slight exaggeration.

Forgiveness is not a rational choice. Emotions are what cause us to waver in our beliefs, to brush aside a questionable act from a loved one or to put blinders on when the truth overwhelms us. The idea of forgiveness is endemic to what The Amazing-Spider 2 is. Peter Parker is a grounded guy despite his extraordinary powers, and his innate relatability makes him likable. The way he insults his enemies while knocking their heads together, and makes wry observations while swinging through the city, have always made me laugh. But I find it hard to accept his morally challenged choices. Is it all right for him to beat the stuffing out of ordinary criminals considering how much stronger he is? To steal information from a police officer's laptop or bug wireless towers to spy on citizens? At what point does Spider-Man stop fighting for the greater good and start becoming a menace in his own right?

Such questions are never answered in The Amazing Spider-Man 2. But the question of forgiveness stayed with me throughout the adventure, and not just in regard to Spidey's questionable acts, either. You see, to enjoy the game, you have to forgive it for its many problems. The Amazing Spider-Man 2 is as flawed as its sure-headed protagonist, equal parts enjoyable and aggravating, which made my feelings waver as I smacked down evil-minded foes in the well-realized Manhattan that Peter Parker calls home.

Spider-Man is at his best when he's soaring above the congested streets of New York. Firing webbing at skyscrapers creates an incredible sense of locomotion in part because of how well it represents the way I imagine it would feel to be in Spider-Man's tights. By independently shooting webs out of each hand, you guide yourself around buildings with speed and precision, and once you're accustomed to the rhythm of movement, you can deftly scoot around corners without breaking a sweat. When there aren't any buildings, you fall to the ground, which is a little restrictive, but made me choose my path smartly. I didn't want to be stuck walking like a sucker. Still, movement only has that freeing rush when you're not acting with a purpose. When I would stop to collect a floating comic book, or try to wall-run up the side of a skyscraper, I would often clip through surfaces as the camera jittered and shook. Such problems broke my immersion in a snap.

At what point does Spider-Man stop fighting for the greater good and start becoming a menace in his own right?

There's similar problems in the combat. Spider-Man spends a lot of time fighting enemies, and much of it is blandly enjoyable. It's easy enough to latch on to faraway enemies, pulling yourself toward them in a frenetic burst of violence as you teach them the follies of their ways with your fists. Dodging enemy attacks and retaliating with incredible force makes you feel like the purveyor of justice Spider-Man wants to be, and there were times when I was caught in the simple pleasure of making digital people squeal with pain. But it is very simple, and after a while it becomes too predictable for its own good. Combat is closer to an elaborate quick-time event than a test of skill. Attack when your foe's guard is down, dodge when he flashes red, and repeat until everyone is squirming at your feet.

Granted, such simplicity exists in boss fights as well, but those battles do demonstrate how interesting this system can be when the challenge is ratcheted up. Squaring off against the lightning-fast Black Cat, who hides in the shadows and then strikes with sadistic glee, tested my reflexes and my hunting ability. And then there's the markedly different showdown against Kingpin, who's so fat he was arrested for having 10 pounds of crack...butt crack (at least according to Spider-Man). This was a fight of endurance as I had to withstand the attacks of his henchmen while avoiding his rumbling charges. As I punched Kingpin, he would ask questions that made me even more leery of my actions. Why does Spider-Man spend so much time fighting petty thieves when there are real villains out there?

Villainy is one of the major framing devices in The Amazing Spider-Man 2. The city views you as either a hero or a villain based on how much crime exists, so you must stop the many evildoers to keep everyone happy. To do so, you complete side missions, such as rescuing people from burning buildings, stopping high-speed chases, and fighting street toughs. Measuring how much the city trusts you is a good idea, and does compel you to keep the streets clean, but in practice, it feels artificial and pointless. Is all of Manhattan really going to hate me because of one robbery? Or swing their allegiance when I do public good once more? Are they really so fickle?

At first, I did complete every side mission, because I am a completionist. It didn't take long for me to stop. The side missions aren't remotely fun, so spending hours doing the same few tasks over and over sounded like a penance I didn't deserve. Squaring off against ordinary toughs in optional fights when I have to do so much of that in story missions just isn't appealing. And navigating smoke-filled buildings highlights how clumsy Spider-Man is in enclosed spaces. But the thing that made me turn my back completely on side missions is how the story plays out. No matter how much good you bring to the city, you're invariably painted as a villain, so it wasn't worth pleasing people to begin with. If the people of New York can't appreciate me, then they can deal with their own problems.

There are definitely issues that go deeper than mere annoyance. But there are still enough bright spots that I enjoyed my time with the game. Spider-Man is well developed, carrying his trademark snark like a torch, and I laughed frequently at his many jokes. Yeah, listening to the same few phrases repeated over and over again got a little much, but I appreciated the happy vibe of the game. Plus, there are tons of goodies to examine. I don't read comics in real life, but I did flip through one here, and it was nice finding out a little more about Uncle Ben before he cooked his last pot of rice. And there are figures to gaze at in the comic book stores complete with biographies about the characters. Immersing myself in all things Spider-Man for a few days made me smile, and the game does a great job of bringing the characters to life.

The biggest failing of The Amazing Spider-Man 2 is how familiar it feels. In fact, there have been other open-world games starring Spider-Man that walk a remarkably similar path. So there weren't many surprises, nothing that jumped out and made me take notice. Still, being able to spend time with Spider-Man was enough for me to stomach the various problems, just because he's a fun character to listen to. There's nothing majorly wrong with The Amazing Spider-Man 2, after all. There's just not a lot right with it, either.

View Comments (217)
Back To Top
5
Mediocre
About GameSpot Reviews 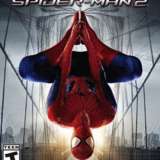 Tom spent his Saturday mornings in his youth watching the Spider-Man cartoon, though he's never read a comic book. He's not embarrassed by that fact. It took him more than 15 hours to bring peace to Manhattan.