The Tekken series has a long-standing reputation in arcades, but for many players it was the console ports that left a lasting impression. These versions often introduced offbeat, dramatic story campaigns, as well as more extensive additions such as delightfully odd beat-’em-up and sport modes. And in recent years, the goal of unlocking and customizing outfits for the game's large cast rounded out the most rewarding objective of all: getting good. Tekken 7 keeps most of these traditions alive and once again delivers the tight, hard-hitting action for which the series is known. The game has some server-stability issues at launch, but it's otherwise a great sequel that confidently claims its position among the best fighting games today.

Similar to other 3D Fighters like Dead or Alive and Virtua Fighter, Tekken 7 focuses on utilizing space and lateral movement during combat. By and large this is a game of inches; most fighters punch, kick, and grapple up close to one another and there's little margin for error. A moment of indecision or a sloppy move against a more skilled player can lead to a string of pummeling strikes and a hasty defeat, courtesy of the game's long combo strings. Though Tekken 7 can be punishing, its fighting system isn't as difficult to get into as it lets on. With an intuitive control scheme that assigns one button to each limb, you can learn how to attack and retaliate, step by step. The long-term trick is putting in the time to dissect and memorize your favorite character's moveset to hone your reflexes and diversify your tactics.

The biggest complaint you can lob at Tekken 7 is that it doesn't do a good job of explaining the intricacies of its mechanics, let alone how you should approach learning your character of choice. The move lists for each character often hover around 100 entries, serving as a mix of one-off special attacks and combos. Save for a few icons--which represent attack properties that the game also fails to thoroughly explain--lists are disorganized, with no categories or hierarchy to speak of. The best you can do is hop into training mode and shift from one move to the next. Thankfully, you can scroll through attack hints live, during practice, and without repeatedly entering menus.

None of this is to say that Tekken 7 is too deep, which would be a ridiculous complaint--the depth of its roster and fighting styles is to your benefit. The point is that new players will have very little help learning anything beyond the basics once they jump into battle. This is disappointing, given that other fighting games have demonstrated that the best way to retain new players is by giving them a fighting chance, and the lack of instruction is odd for Tekken, which only one game prior (Tekken Tag Tournament 2) gave players Fight Lab mode--a place to study how mechanics and different types of attacks can dictate the flow of a match.

But if this isn't your first King of Iron Fist tournament and you've kept up with Tekken over its more than 20-year tenure, you’ll find that Tekken 7 delivers the same great combat you know and love with a hefty batch of new characters--and a few new mechanics. The game includes notable new supermoves that can be triggered when a character's health is dangerously low, which is also the right time to unleash a rage drive--a powered-up standard combo attack. The most important new addition is the power crush attack attribute: Relevant attacks can absorb incoming hits mid-animation, allowing you to risk a little health to increase your chances of landing a critical blow, which injects Tekken's otherwise familiar fights with a renewed element of surprise.

With more than 30 playable characters, Tekken 7 offers plenty of fighters and opponents to study. Impressively, nearly a quarter of the roster is brand new. The most conspicuous Tekken freshman must be Akuma, the red-haired bad guy of Street Fighter fame. The introduction of fireballs and hurricane kicks might seem like an odd fit for Tekken, but they don't feel overpowered in light of the fact that every character comes with their own advantages. And when it comes to facing down Akuma's projectiles specifically, they can be easily sidestepped given the game's 3D movement. Street Fighter fans will appreciate how easy it is to fight as Akuma, since many of his traditional moves and inputs are present and accounted for. Even Street Fighter's meter-based mechanics have been carried over for his Tekken debut.

Interestingly, Akuma also plays a pivotal role in the main story mode. Hailed as the final chapter in the series' long-running story of martial-arts papa Heihachi Mishima and his quarrelling family, Tekken 7's narrative will delight Tekken veterans, especially when the oft-referenced-but-never-before-seen Kazumi Mishima breaks onto the stage. The only major downfall here is the robotic and stale narrator, a reporter covering the Mishima family. His delivery is too shallow to take seriously and not witty enough to make his deadpan cadance funny. You may also notice that some fights seem arbitrarily difficult along the way, but thanks to the gift of shortcut commands for powerful attacks--a system referred to as Story Assist--they’re more of a temporary annoyance than a barrier.

Beyond the two to three hours spent on the main story, every character not present therein gets their own brief chapter, limited to a short text intro, a single fight, and a unique ending cutscene. Not all are created equal, but there are gems to find that are purposefully awkward and light-hearted--the perfect complement to Tekken's pervasive melodrama. Fans of the alien samurai Yoshimitsu will, for example, appreciate how he's initially humanized and made vulnerable, only to be subsequently kneed in the groin by the object of his affection.

Tekken 7 lives up to the series' penchant for tongue-in-cheek shenanigans and generously gives you access to the series' entire back catalog of cutscenes, from the very first Tekken's low-res clips all the way to background movies made specifically for Japanese pachinko machines. There’s a lot of Tekken history to unlock, and the collection is a wonderful trip down memory lane.

Using Fight Money earned by playing the game's various modes you can purchase both cutscenes and cosmetic items for characters. Tekken 7 offers a lot of basic variations of hairstyles or glasses to buy, and an equal amount of stranger outfits and accessories--including neon butterfly wings, a floating clownfish companion, and automatic rifles, to name a few. While you certainly don't need to dress fighters up in ridiculous outfits, doing so will give you a new appreciation for how comfortable Tekken 7 is in its own skin. It's a hardcore, demanding fighting game, but it's also happy to be the butt of its own jokes.

Items--so-called "treasure"--can also be unlocked rather than purchased within the Treasure Battle mode, which puts you in a series of fights with increasing rewards and challenges. There's also training mode and an arcade mode where you can practice your moves, but Treasure Battle is easily the most attractive way to spend your off-time in Tekken 7. If you're going to practice before hopping online to fight, you might as well have something to show for it.

A few days after launch, Tekken 7's online modes are experiencing a few issues across all platforms, and while these are mostly isolated to ranked matches, it's not uncommon to lose connections in casual matches, either. It's an issue that publisher Bandai Namco is aware of and plans to patch, but at the moment, it's not always easy to get into a match unless you're willing to hammer attempts for minutes on end. When you're eventually able to get into a match, pray that it's over a better-than-average connection; Tekken 7 becomes a slide show online under lesser conditions.

Notwithstanding that ranked matches are currently a crapshoot, Tekken 7 remains an easy game to recommend. Its diverse roster is packed with a wide range of personalities and fighting styles, bolstered by a raucous attitude that begs to be taken seriously while simultaneously mocking its more peculiar whims in the process. Tekken fans will find their next favorite game--one that's the product of decade's worth of refinement. And while some of this depth will be lost or out of reach for newcomers, there's enough fun to be had outside of hardcore competition to keep players from all walks of gaming thoroughly entertained.

View Comments (155)
Back To Top
8
Great
About GameSpot Reviews

Peter has been a home-schooled Tekken player since the series debut on the original PlayStation. He completed the main story mode of Tekken 7 and every individual character story on PS4, and spent a few hours fighting treasure and online battles on all platforms before writing his review. GameSpot was provided with a complimentary copy of the game for all platforms. 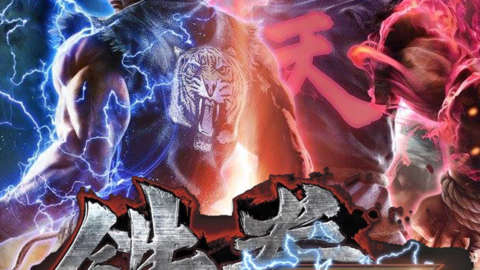 Tekken 7 is the latest installment of the venerable franchise, powered by the award-winning Unreal Engine 4.