Teenage Mutant Ninja Turtles: Out of the Shadows Review

Game-breaking glitches and a poor camera make TMNT: Out of the Shadows a bruised and battered shell of what it could have been.

Mikey won't stop talking about pizza. Between bouts of combat, he brings up stuffed crust, ponders the philosophy of ordering extra cheese, and complains about pizza toppings. It's all a silly monologue drawn out for comedic effect, but it's true to the spirit of Michelangelo, the goofiest of the Teenage Mutant Ninja Turtles. Then the game freezes--if not here, then in plenty of other instances--and so you reload the latest checkpoint and fight the same enemies and hear the same banter over and over again. Eventually, you want to just drop TMNT: Out of the Shadows down the garbage chute like an old, grease-stained pizza box.

The classically named turtles didn't learn martial arts just to improve their cardio. They were born to fight, and that's what you're going to spend most of your time doing. The beat-'em-up combat mechanics are heavily influenced by the Batman: Arkham Asylum system. Attacking multiple enemies with energetic combos is quick and simple, and incoming attacks are highlighted for easy dodging and countering. As you level up, you can put points into powerful and satisfying team attacks, complete with cheesy one-liners. There's also a contextual jump button that lets you swing around lamp posts, roll over a fellow turtle's back, leap over a fence, and do a number of other acrobatic moves that look cool and help with positioning. There's even a taunt system that, when upgraded, buffs your team with useful effects. But for every success Out of the Shadows brings to the table, there's a ridiculous technical issue keeping your experience from ever becoming what it could be.

There are situations in which the turtles seem to ignore your commands. Tap frantically on the buttons without any response, and then, seconds later, that queue of blocks and attacks is spat out in a tardy and useless manner. You might not get into combat at all, however, because enemies are often stuck in the walls, floors, or pretty much anything else they touch. If you don't cross the invisible line that spawns enemies in the first place, you're left to roam an empty environment wondering what went wrong until all you can do is sigh, open the menu, and choose to restart from the last checkpoint. Of course, even if you do cross that line, an enemy might fail to enter the fray. Prepare to search every nook and cranny for that one guy who decided not to fight, therefore keeping you from making progress.

Even with four turtles, you're still going to be outnumbered in most battles. This is potentially exciting because the extra bodies let you attain high combo numbers and pull off more-powerful moves. In practice, however, the camera often jerks around too wildly for you to see what's happening. Special moves yank the camera too close to the action. Depending on what sort of acrobatics you're performing, the camera might spin or zoom on its own, disorienting you in the middle of a longer attack. And though it may not affect you, there is no option to invert the camera, making an already unpredictable game even more frustrating for those who prefer to play that way.

The plain and inconsistent level design makes it difficult to know where you're supposed to go. When all the streets and hallways look the same, there's little indication of how to move forward. Sometimes the ledges of buildings glow yellow, indicating you can leap across them. Sometimes that glow isn't there when it should be, leaving you to just run against surfaces and mash the jump button until something happens. In the worst cases, your turtles inexplicably have all of their combat animations replaced with the ledge leap animation. This leaves you totally unable to fight, since your swings and kicks are now little more than an awkward mime performance.

Teenage Mutant Ninja Turtles: Out of the Shadows could have been a fun, short romp with exciting combat, a silly story, and familiar green faces. A few broken battles in, however, you'll forget all about that potential. This is a sad, unfortunate showing for the heroes in a half shell. 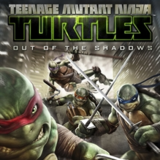 Teenage Mutant Ninja Turtles: Out of the Shadows
Follow

Brian Albert was a beloved freelancer at GameSpot until he joined the illustrious staff at IGN! We miss you, Brian. 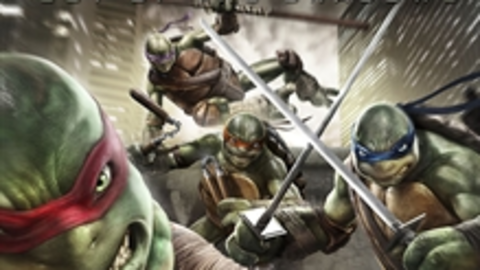 Teenage Mutant Ninja Turtles: Out of the Shadows

Teenage Mutant Ninja Turtles: Out of the Shadows is a third-person brawler game set in New York City where players can go through action-packed adventures as Leonardo, Donatello, Michelangelo, and Raphael.

6
Sign In to rate Teenage Mutant Ninja Turtles: Out of the Shadows