Team Sonic Racing is a wonderfully varied, fast and frenetic kart racer that, while a little derivative on the surface, successfully carves out its own space with a focus on team racing. Although Sonic, Tails and the gang might not carry the same weight as their mustachioed counterpart in red, and despite a few technical hiccups, Team Sonic Racing stands tall on the podium as a fun and colourful arcade racer that’s easy for anyone to enjoy.

There are numerous types of races to kick things off with, including your standard four-race Grand Prix, Quick Races, Time Trials and both local and online multiplayer. However, most of the characters and circuits are locked behind progress in the game’s Team Adventure mode. Oddly, this mode features a fully-voiced, yet conveniently skippable story that you have to hit a specific button to see (on PS4 you hit Square to play the story at the start of a race or X to skip to the race only) making it very easy to miss entirely. But while the accompanying story is quickly forgettable, the mode itself gets a lot right in terms of variety and structure, which is great, because that's where you'll spend the majority of your hours trying to progress.

In Team Adventure, completing objectives throughout each event will unlock the next event along the overworld path, along with more of the story. But the real focus is obtaining new car customizations, characters to race with, and tracks to race on in single-player mode. Car upgrades are gained by spending credits earned through races on Mod Pods, an unexciting form of loot box that reward you with vinyls to paint your car with, or new parts to change its handling characteristics. The system feels tacked on and arbitrary; a simpler structure of doling out upgrades as rewards post-race would have been more fulfilling.

There are 14 different race variations altogether, and Team Adventure uses a mix of them all, breaking up the eventual monotony of the standard races. There are more hits among these modes than misses, like an excellent car handling challenge where you need to skim star gates on the track while drifting, without hitting them--the closer you get to each gate, the higher your score goes. Another highlight is a mode where your only goal is to take down as many of Dr. Eggman’s Eggpawns on the track before time runs out. But others, like a timed race where the checkpoints move around on the road while you dodge traffic, lack the enjoyable flow present in the stronger circuits due to a stop-start nature. Team Sonic Racing feels its best when it’s moving fast, not when you’re trying to get back up to speed.

There are seven worlds with three tracks each, and they each have their own sense of place and vibrancy. Casino Park is a maelstrom of colors, music, and slot machines, while Seaside Hill shows off circuits by the sea, replete with wildlife like a giant mechanical squid or a massive flipping orca. Many of Team Sonic Racing’s 21 tracks feature branching paths, with some opening up shortcuts or secret areas to discover. Stumbling across these always feels fruitful as they’re often filled with rings to collect, as well as helping you gain a few positions on the track.

Teams are made up of three drivers each, one from each available class: speed, technique, and power. Speed drivers can repel enemy projectiles by timing their boosts to perfection. The Technique class is more handling-focused and drive over different surfaces without experiencing any slowdown, while Power class characters can knock opponents out of the way more easily as well as crash through any structural obstacles without slowing down or being damaged. There is a tangible difference to how each class and character feels in terms of speed and handling, meaning there's an advantage to picking a more favourable class for different individual events, but that’s not to say you can’t get it done with whichever character you like. Overall car handling feels wonderful, and drifting between corners flows like a breeze.

Out on the track, while your overall focus is on your own performance, the added element of team racing gives you a lot more to think about while sliding through corners and dodging rockets. If you spot a teammate stopped on the track, you can skim past them to give them a speed boost and get them back in the race, and you can follow the visible wake from your team’s leading driver to get a slingshot past them. If each member times it right, it’s possible for your team to leapfrog to the front of the pack in convincing fashion, and that feels excellent. Annoyingly, it’s nigh on impossible to practice something like this outside of multiplayer, as the AI aren’t quite up to pulling off this kind of strategy with great reliability.

Special items and boosts--known as Wisps--are laid across the track in various places, giving you an item to help your team or hinder your opponents with. Mechanically, many of these items and boosts bare a strong similarity to what you find in Mario Kart 8. While they achieve their purpose of helping you gap the field or compress the pack all while looking flashy, none of them are as amusing or fun as the Grey Quake, an item that flies out in front of the leader and grows huge rocky spires out of the ground, blocking the track.

There’s also a neat sharing mechanic that lets you request or share spare items with your teammates, and it comes with several cool advantages. Shared items are stronger and can often be used more than once, plus they fill your Team Ultimate meter. When this meter is full, you and your team can each unleash a powerful boost that not only makes you invincible, but also a wrecking ball, pushing anyone and anything out of your path to the front of the field. Timing the activation of the ultimate with your teammates also increases boost power, furthering the importance of keeping in sync. I did notice some consistent graphical stuttering whenever triggering the ultimate, but it only lasts a few frames and doesn’t really disrupt the action that much.

There’s both casual and ranked multiplayer, and while it remains to be seen how busy the ranked servers will be, our testing of the casual matchmaking prior to the game’s release was as smooth as expected. It could be a little snappier between races, but aside from having to be a little patient while the scores tally, it’s everything you can expect from an arcade racer. What is a little disappointing is the game’s performance in couch co-op. While not unplayable by any stretch, the framerate while playing two-player split screen on the PlayStation 4 Pro was surprisingly inconsistent, never feeling as smooth as you’d want, and certainly never matching its reasonable single-player performance.

The essence of Team Sonic Racing is good; its handling feels tight and smooth, drifting has a good flow to it, and the items are fun to use, as are the tracks to race on. It doesn’t bring much new to the genre, but it delivers where it counts. The racing is fast and fun, and the team aspects offer enough of a change to the formula to make Team Sonic Racing the endearing arcade racer it is. 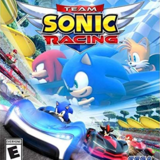 With his unquenchable desire to go fast and collect gold rings, James Swinbanks raced over 620 miles (1000 kilometers!) and finished 133 races over his 15 hours with Team Sonic Racing on PlayStation 4, using a code provided by the publisher. 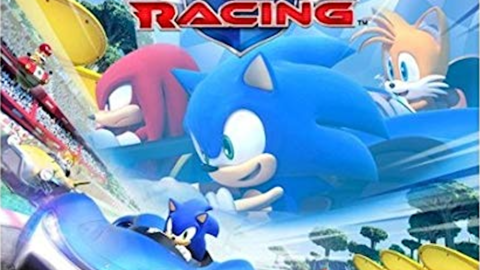