Longevity is tough for competitive shooters. Hardly a month goes by without new virtual arenas cropping up and enticing you into some fresh conflict, and only a few popular games manage to sustain active player bases even a year after their initial release. And then there's Team Fortress 2. Released in 2007, this class-based classic is still going strong well into its seventh year, thanks largely to its lively and creative community. Since GameSpot's original TF2 review, the game has benefited from numerous updates and made the jump to a free-to-play business model. So how well is Team Fortress 2 faring in 2014 among the current crop of competitors for your time and money?

The short answer is, it's holding up very well. The core action pits two teams of players against each other in a battle to capture points, move a cart, or steal a briefcase. The objective is always very straightforward; it's the interplay between the nine playable classes that makes things so varied and interesting. The speedy scout, the militant heavy, the diligent engineer, the conniving medic, the pesky sniper, the sneaky spy, the feisty pyro, the explosive soldier, and the even-more-explosive demoman all have unique weapons, attributes, and abilities that complement each other and clash in myriad ways. Encounters can vary widely depending on the match type and the makeup of each team, and this unpredictability is crucial to TF2's long-standing appeal.

When you come out of the gate as a heavy with a medic in tow, you're a formidable offensive force, but if a spy loops around to backstab the medic and you round the corner on a pyro, it can all come undone in a matter of seconds. Snipers can cover expected enemy paths, but rocket-jumping soldiers have a knack for finding alternative routes and raining explosive death from above. You may think you have a comparatively weak scout dead to rights, only to be stunned by a baseball and beaten to death. As you watch your giblets splatter on the ground and see a freeze-frame of your gleeful killer, it's hard not to chuckle at the sheer variety of ways you can meet an untimely demise. And the humorous quips, ridiculous outfits, and histrionic announcer help cultivate this lighthearted tone.

Of course, this core dynamic has persisted for most of TF2's life span, so if you stopped playing it a few years ago and come back for a few matches, you'll find things are very familiar. Learning the ropes and getting the hang of your chosen role is still a gratifying experience, and mastering advanced techniques doesn't just make you deadlier; it gives you more options for how to approach combat. Keeping your options open is still valuable too, because being flexible with your choice of character can help you avoid ending up on a catastrophically imbalanced squad. It is Team Fortress, after all.

But though there is much that has remained constant about the core game, there have been some notable changes over the years, as well as regular infusions of new weapons and items. Of the hundreds of things available in the online store, some can be unlocked through play, while others must be purchased with actual money. From small doodads that cost less than a dollar to massive bundles that cost hundreds, there's a wide range of ways to customize your experience.

Many of the items offer nothing more than a playful twist on the game's already cheeky cartoon aesthetic. You can buy hats, shirts, shoes, and other cosmetic gear to dress up like a character from Adult Swim or don spooky seasonal garb that you can wear only during Halloween or a full moon. Even if you don't fancy shelling out for any of this stuff, it's fun to see some visual variety as you try to light your opponents on fire.

Other weapons have more of an impact, like the ones that give your character a new chargeable and expendable power. The scout can build hype, which turns his usual double jump into a triple, quadruple, or quintuple jump, and the soldier can build rage, which allows him to rally his nearby teammates to do extra damage. Skills like these have more of a meaningful impact on the action, bringing something new to the table that your enemies must contend with. And then there are the totally out-there loadouts, like the one that turns the grenade-launching demoman into an extra from the movie Braveheart.In addition to the cosmetic options, there are a lot of weapons and items that offer small buffs or subtle tweaks to your attributes. Depending on which healing gun the medic equips, for example, he can imbue himself and his targeted ally with extra damage resistance or enable himself to match the speed of his target. Differences like these don't do much to change the core action, but they do give experienced players substantial room for strategic variation.

These options broaden the field of viable strategies, which helps keep combat lively and varied. And fortunately, none of the purchasable weapons or items tip the scales unfairly towards those willing to pay. Buffs and bonuses usually come with caveats, and the weapons that bestow new abilities are usually unlocked for free. For this review, I spent some money on goofy hats and some of the stranger weaponry on offer, like the pyro's flamethrower that actually shoots bubbles and rainbows. It was fun to play with the new gear, but I still found myself switching my loadout between free and paid weapons regularly to adapt to the match situation.

The biggest divergence from the game's origins comes in the cooperative mode, Mann vs. Machine. In it, you and a few other human players must prevent hordes of robotic incarnations of TF2's classes from delivering a bomb to your base. The money you earn from destroying robots can be spent on mid-match upgrades to your attributes and weaponry, which can be crucial to success. Even on the easiest level, the robot legions are fierce enough to test the mettle of an unorganized team. This is a mode where carefully planned weapon choices and defensive strategies can mean the difference between succeeding and having to try, try again. You can play this mode for free, but you won't be eligible to earn rare prizes or complete challenges unless you pay a dollar for a Tour of Duty ticket. Though it lacks the frenetic unpredictability of competitive play, the cooperative mode can still provide satisfaction for those dedicated enough to see it through.

But competition is the real draw, and the Team Fortress 2 community can certainly be competitive. On some servers, you might be berated for unwitting breaches of etiquette, while on others, you might be welcomed with helpful tips and ubercharges. You can even ask for help on certain servers and be paired up with another player who is willing to give you some tips through chat. The community around TF2 is an intriguing one, not just for their deep knowledge of and passion for the game, but for their creative efforts in designing new weapons, items, and maps that have since become part of the experience. It feels like a community of curators, without whom the game may well have dwindled away and passed into obsolescence years ago.

Staying relevant even a year after release is rare for a competitive shooter, and yet, here's Team Fortress 2, still lively after seven years in the business. At times it feels like the same game you could have played back then, and at other times it feels like no one will ever quite nail class-based shooter competition the way TF2 does. The experience has evolved over the years without compromising what made it so great in the first place, so though your free-to-play options may have increased considerably in the past few years, there are few that do it as well as Team Fortress 2.

View Comments (111)
Back To Top
8
Great
About GameSpot Reviews

Chris Watters reviewed Team Fortress 2 for GameSpot almost six years ago when you could buy it off of retail shelves for $20. The 12+ hours he spent for this review have been like reconnecting with an old friend who doesn't just talk about the old days, but has fun new stories and fart jokes to share. 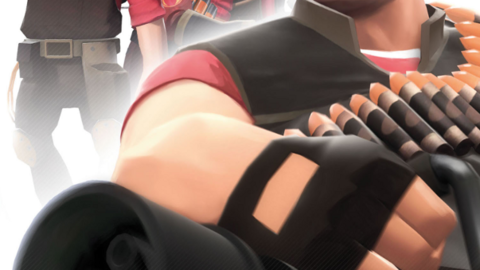 This squad-based shooter, which features nine distinct character classes and a unique art style, is the successor to the original Team Fortress.