Taiko Drum Master might be best rented for parties and suchlike given its bundled-with-a-peripheral price tag and somewhat limited single-player appeal.

Although Namco's Taiko series of rhythm games has been popular in Japan since its 2001 arcade debut, Taiko Drum Master is the first game in the series to make the journey across the international date line to North America. The J-pop and Japanese festival music from previous entries has been dropped en route, and Namco has seen fit to replace them with an extremely eclectic tracklist that boasts licensed rock and pop songs alongside classical pieces and tunes from other Namco titles. Taiko Drum Master still has a distinctly Japanese flavor, though, thanks to its oh-so-cute characters, some bizarre minigames, and, of course, the fact that you play the game using a traditional (plastic) Japanese (made in China) taiko drum and two sticks.

You'll play Taiko Drum Master by hitting the drum peripheral, which is supplied with the game, on its surface and rim as red and blue notes (represented by cute Taiko faces) travel across the screen. Furthermore, both the surface and the rim of the drum contain left and right sensors that you need to hit simultaneously when larger notes appear. More difficult tracks also require you to perform drum rolls on occasion, and you will even start having notes thrown at you at different speeds to make things a little more confusing. All of the notes you're required to hit work well in the context of the track that's being played, and this is especially true when playing head-to-head with a friend which, although it's a competitive game, feels very much like a cooperative duet.

It's possible to play Taiko Drum Master using a standard PS2 controller, incidentally, but while that's an acceptable substitute for a second player, it's not nearly as much fun. With that said, getting comfortable with the drum will likely present some issues for those of you who don't generally play your games sitting at a desk or a table. We've found that sitting cross-legged on the floor in front of the TV works pretty well, but trying to play with the drum on your lap is about as easy as playing the game with only one hand--which you'll most likely end up attempting as you scramble to stop the peripheral from hitting the floor.

The drum-on-the-lap position would actually be feasible if it weren't for the fact that, depending on where exactly you strike the drum, you'll often have to hit it pretty hard for it to register. The rims of both of the two peripherals we played with, for example, didn't appear to be particularly sensitive toward the top of the drum--which we found was the most comfortable place to hit it. It's also worth mentioning that, since the surface of the drum contains left and right sensors, its very center is often oblivious to the fact that you're striking it. We don't wish to be overly critical of the drum peripheral, by the way, but consider this a warning that it's very hard to play Taiko Drum Master quietly--at least if you're looking to get a good score or unlock some of the game's bonus content, which includes additional tracks and a fourth difficulty level.

In addition to the regular mode of play, Taiko Drum Master boasts three minigames--all of which can be played solo or against a friend. The minigames are surprisingly varied given that they're all played by hitting a drum, although they're certainly not quite as varied as the names like the Watermelon Eating Contest, Fireworks Festival, and Reach the Helicopter may suggest. At three levels in length, Reach the Helicopter is by far the lengthiest of the minigames (it also happens to be our favorite), but it's certainly possible to complete in around two minutes. Predictably, both the taiko mode and the minigames are best played with a friend--especially if that friend has access to his or her own drum. The only drawback of playing through songs with a friend, incidentally, is that he or she will use the bottom half of the screen, which in single-player mode is reserved for friends of the Taiko drum brothers, Don and Katsu, who like to strut their stuff if you're playing well. You won't often get a chance to see the game's cast at work while you're playing, so if you have a penchant for dancing turtles, squid, kids in masks, dogs, pet worms, ladles (don't ask), and the like, we suggest you let a friend play while you sit back and take in the madness onscreen.

Taiko Drum Master's graphics don't make your PlayStation 2 work particularly hard. The visuals are difficult to a fault, though, and the game would certainly be less stimulating if it weren't for the cast's undeniable appeal. The sound effects in the game are practically nonexistent, and since the tracklist is so incredibly varied, there will inevitably be some songs in the game that don't float your boat.

Like most rhythm action games, Taiko Drum Master is a title that's great fun for all ages, but which is best played with friends and best played for short periods of time. The game's hardest setting should provide a lasting challenge for just about anyone, and it's a little unfortunate that the two-player game forces you both to play at the same difficulty level, because if it didn't, this would be an even better title for siblings of different ages or even parents and their young ones to play together. As it stands, Taiko Drum Master is a game that you can't help but have fun with, but which might be best rented for parties and suchlike given its bundled-with-a-peripheral price tag and somewhat limited single-player appeal. 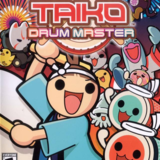 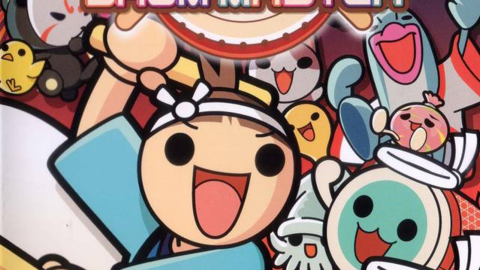 Taiko Drum Master might be best rented for parties and suchlike given its bundled-with-a-peripheral price tag and somewhat limited single-player appeal.