It's been said that city simulators are best thought of as a series of stocks and flows. You have essential buildings that supply resources, which are then distributed in a grand pattern etched by your design. Your success, then, depends on how artfully and effectively you've crafted your settlement. If that is the measure by which we are to judge city simulators, nowhere is that more beautifully or essentially or thematically distilled than in Surviving Mars.

Space is hard, and Mars isn't any more forgiving; your goal is to command a mission that can endure the punishing conditions of the Red Planet. You can take the reigns of an international consortium, a major private enterprise, or any number of real-world space-capable nations here on Earth. From there, you choose how to guide your Martian colony. Insofar as many simulators allow a degree of role-playing, your time on Mars is yours to do with how you will. But your progress is constantly evaluated by your sponsor country or organization, offering some very loose targets like "get colonists" and "keep them alive for a while." Beyond that, the direction is yours.

Your first forays on the planet are drone-based; RC rovers and semi-autonomous bots are your essential tools. They help you probe the surface of Mars and get your basics going. You have a bevy of options for obtaining vital resources--with each creating a slightly different relationship between your settlement and the planet. That's because everything here degrades. Ground down by the perpetual dust storms, punishing cold, and meteor strikes, nothing lasts and everything comes with a cost. Whether it's by extracting from rock, or sucking what little can be from the scant Martian atmosphere, even something as basic as how you obtain water influences countless other decisions down the line.

Choose the extractor, and then you need to design your outpost around the fact that it'll kick up far more corrosive dust into the air (among a half-dozen other considerations). The extractor's cousin, the vaporator, is a more environmentally friendly option...but at the cost of comparably low output, and requiring broad spacing between structures to be effective. The brilliance of Surviving Mars, then, is in forcing you to think systemically. Each choice is a commitment, a statement of how you think it best to run humanity's excursion to the new frontier.

Surviving Mars gets a lot of narrative mileage from this. As you progress, you're always fighting the exaggerated elements and forces of nature. Your structures are always degrading, and help of any sort is often months away--meaning that you either have strong supply lines for the necessary materials, or you're prepared to work around the long delays in resupply missions from Earth. Because your colony's development is connected to these choices, it also creates a powerful emergent narrative throughout, not unlike ones found in The Sims, for instance.

Those decisions might feel like setting up a trap down the line, but Surviving Mars' other stroke of genius is how permissive it can be. Instead of locking you into a given play style, the emphasis is on consequences and teaching you how to manage them. Your colony, at its most basic level, is governed by a set of rules. If you have X building, every so often you'll need Y resource to maintain it, and that resource comes from Z building, and so on.

The brilliance here is that all of these systems work and are responsive to how you play. Every choice matters, but none rule your destiny. Even if you can't get what you need from a Martian mine just yet, you can order it from Earth. Each of those choices, too, have consequences, though. And that means that at some point, you either fail to meet a condition and the system starts falling apart, or you keep going and surviving.

What helps here is that Surviving Mars may be delicate, but it isn't punishing. Sure, the in-game consequences of failure are...a little extreme (like watching your colonists suffocate, should you fail to keep oxygen flowing). But you'll often have plenty of time to fix them, and a series of warnings that encourage you to change course. How you do so, again, comes down to which consequences you want to take on, and how long you can keep paying those costs--at least, at the most basic level. At times, Surviving Mars may underemphasize some key parts--namely just how important supply chain management is--but it's delightful and elegant, tasking you with just enough management and planning to keep your role engaging. As you progress, drones can take on more, leaving you to handle larger-scale plans for the settlement.

That allows you to graduate to managing the lives of the colonists, your relationship with Earth, the fineries of your supply chains, and new expansions and additions to your colony (which follow their own systems and sets of rules). What makes all of this work is precisely that it is so scalably complex, gives generally great feedback on how well your choices are working, and giving you progressively larger goals to chip away at. It's a strong set of basic ideas that keep the game consistently engaging, and allows you to open up new fronts and address new challenges--like getting another adjacent settlement going--as you build the confidence to work through them.

Surviving Mars is SimCity with soul.

A more traditional, optional narrative is available as well. Each time you play, you'll eventually discover some sort of mystery, be it colonists with weird visions, disturbing black cubes, or legit aliens. These will nudge your colony in more specific directions, if you decide that it's something you want to explore. Often, these mysteries require you to do something specific, like construct a special building to start a sequence of narrative vignettes. While the core play of "maintain and survive against all odds on the Martian surface" should be a big enough hook for many players, it's nice to have an optional story that addresses the mythology of the planet throughout our real-world history and pop culture.

And that's just it. Mars is more than a planet--it's the next big goal for a healthy portion of people here on Earth. Surviving Mars nods to that with a pursuit of real-world influences and designs, plus as many plausible technologies as it can pack in. While the game definitely takes some liberties, most of the structures, ships, and technologies will be familiar to fans of spaceflight. The basic supply and passenger ships, for instance, are modeled after SpaceX's forthcoming BFR ships.

Surviving Mars, above else, is about hope. So many strategy games hold to their gameplay, eschewing any overarching themes or messages. But, as corny as it sounds, for those who believe in the majesty of spaceflight, for those who are keen to marvel at how pernicious our plucky little species can be, Surviving Mars is SimCity with soul. It shows the challenges that come along with planetary migration, but it also shows that they are solvable. With the right planning, drive, and ingenuity, we can do great things together. 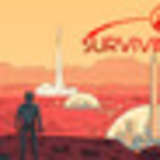 Starkey has been fascinated by space since childhood. He started a dozen colonies, abandoning the first eight to the swirling clouds of dust on the Red Planet. He brought the other four up to self-sufficient state, taking them into the late game. An early code was provided by the developer for this review. 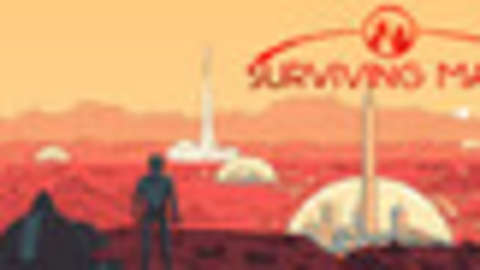