Numerous tweaks make it a much-improved experience in both the solo and multiplayer modes, though not so much that your thoughts about the original should be reevaluated.

Expansion packs cannot fix games. No matter how good an add-on is, it simply can't repair serious deficiencies found in the original title. The best expansions might be able to gloss over some problems and incorporate some new features to make the flaws of its predecessor less of an issue, but cracks in the foundation will remain. After all, you only get so much for $19.99. So don't expect a great deal from Sudden Strike Forever.

While the official add-on to this year's surprise real-time strategy hit enhances both basic playability and the World War II backdrop, core gameplay remains untouched. Russian developer Fireglow may have added some welcome niceties to the basic package produced by German design house CDV, but it wasn't able to do anything to rectify the original's strategic paucity. These frills fail to add appreciable depth to the single-player experience, which still devolves into a mouse-clicking exercise involving animated toy soldiers and tank rushes. There is nothing to build, little to plan, and not much worth thinking about.

Still, Fireglow certainly tried to make things better. Adjustable difficulty levels have been introduced, along with four new campaigns (incorporating a total of 12 missions) and seven single missions. This allows for a greater depiction of World War II's theaters of operations across the globe. You can now carry on the fight in North Africa, on the wintry Eastern front, and on an autumnal Western European landscape dotted with brightly colored trees. New artwork does an admirable job of portraying this terrain.

Warring sides now specifically include the British, who were strangely omitted from the original in favor of a supposedly polyglot Allied army that was really just American. In addition to the Brit forays in North Africa, you can play as the Germans in Russia, the Russians advancing into Eastern Europe, and the Americans fighting in Western Europe. The missions in each campaign are very similar to those seen in Sudden Strike, in that they will occupy a great deal of your time but never amount to anything beyond gathering troops and hurling them in waves at enemy positions. Unit balance remains ridiculously off, evidenced by the way that seven or eight American infantrymen can finish off a group of attacking German Tigers. There's little or no thought required--tactics have been replaced with a guessing game where you need to determine which way the designers want you to move your forces, since many maps are puzzles where heading in the wrong direction means certain death. Trial and error is the only way to get through most of the missions in Sudden Strike Forever, which will increase your time with the game if nothing else.

More than 30 new weapon types have been added to the forces of each nation. The list of new arrivals includes some nicely modeled and animated hardware, including the German 88 antiaircraft gun, British Matilda tank, American M-18 Hellcat tank destroyer, and Russian BR-5 mortar. A few rule additions and alterations affect all sides. Generals can now use binoculars to get a different view of the action, medics work alongside infantrymen, and vehicles now have a reverse gear that comes in very handy for tanks in particular, which have weaker rear armor. The biggest tweak is the ability of officers to give nearby units added experience that improves their fighting capability. This is only a temporary boost, however, as it's lost when the officer moves out of range or is killed. One aspect of the game that hasn't been changed much is unit pathfinding. Although units are a touch more astute than they were in the previous game, you'll continue to spend a lot of time manually directing traffic. Truck drivers and tank drivers still behave like they've never seen trees before.

Sudden Strike Forever does shine in terms of multiplayer components and extras designed to appeal to the online gamer. For starters, the included GameSpy player-matching service makes it easy to find an opponent over the Net. Multiplayer games now have configurable options, allowing players to adjust time settings, which makes a real difference to gameplay and even adds some strategic elements. And, last but not least, the designers have included a fully featured mission editor. This program is both easy to use and powerful, complete with all the tools used by CDV and Fireglow. With just a little practice, you can create a map every bit as detailed as the out-of-the-box examples, filled with little touches like mosques and snowy fields (preferably not on the same map) and even scripted artificial intelligence cues. Missions can be designed for solo and multiplayer use. Those constructed with the former in mind can be gathered together into campaigns.

Multiplayer improvements or not, buying Sudden Strike Forever is worthwhile only if you enjoyed the one-dimensional treat of its predecessor. Numerous other tweaks make this a much-improved experience in both the solo and multiplayer modes, though not so much that your thoughts about the original should be reevaluated. That is, those whose impression of the first game was negative shouldn't expect to have their opinions changed. 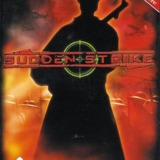 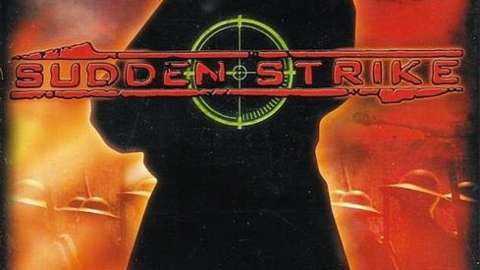 Sudden Strike is just like most any other 2D real-time strategy game, except without the depth introduced by building or resource management.