Better kept in the dark.

You're hugging the corner of the wall, watching the two guards walk toward you as you remain hidden under a cloak of darkness. As they walk past a chest, your trap is sprung and one of them is killed. Without hesitation, you throw a knife at the one remaining guard, killing him before he can raise an alarm. Everything is going according to plan, so you attempt to leap up off the balcony to another platform, but the stilted way in which you jump makes you fall short of your goal. You fall to the ground, alerting a couple of guards. You time your parries in an attempt to duel with one, but the other shoots you with a crossbow and you die instantly.

Such is the experience of playing Styx: Master of Shadows, a stealth game that occasionally hits the right notes before making you forget about them thanks to bad AI, sub-par combat, repetitious environments, and occasionally frustrating controls.

The plot of Styx serves as something of a prequel to another Focus Home Interactive game, Of Orcs and Men, but playing that game is in no way required to understand this one. Styx, the world's first goblin, wants to steal a treasure that's precious to the elves for reasons that he can't quite remember. The story falls victim to many clichés, including the selective amnesia trope, and while a couple of twists in the plot try to add some excitement, Styx's journey as a thief and assassin isn't wholly satisfying.

The maps you play through are large, and there are typically at least a couple of paths through each area. But even though you're presented with options like crawling through this tunnel or on top of these rafters, such options inevitably lead to the same destination. You have a few items and tricks at your disposal to help you slink around in these environments. Throwing knives, for example, can be used to knock out an enemy from a distance, while balls of sand can be thrown onto most torches to snuff them out without getting too close to their light. A tattoo on your back and arm glows red when you are hidden in the shadows, but if an enemy gets close enough, he is still able to spot you, even in the dark.

Such is the experience of playing Styx: Master of Shadows, a stealth game that occasionally hits the right notes before making you forget about them.

One of the skills you rely on most often is the ability to create clones. At pretty much any time, Styx can barf up a clone of himself that runs around and does his bidding. By taking control of a clone you can pull switches, distract guards or explode into a cloud of smoke to provide cover for the real you to run past enemies.

Making clones costs amber, which is Styx's equivalent to mana. If you simply walk around a bit and destroy your clone purposefully, that amber will regenerate. More complex tricks, though, reduce your amber meter permanently, forcing you to use an item to recover it. The other major skill requiring amber is invisibility, which works as you would expect it to. Being invisible doesn't last long and has a significant cost, so you can't rely on it to simply run through a map undetected.

Such abilities can be augmented by purchasing skills between missions. By using experience-like points, earned by completing objectives, you can improve things such as how quietly you move while invisible, or you can purchase all-new tricks such as the ability to grab an enemy and kill them from behind cover. Some abilities are far more useful than others, however. For instance, one purchasable skill lets you hide a clone in a closet or chest, where it will automatically leap out at an enemy that passes it. Sounds useful, right? Unfortunately, the opportunities to use this skill effectively are few and far between, and there are multiple cases where it looks like this trick should work, but the enemy in question walks, apparently, about a foot too far away for the trap to actually trigger.

Still, it's better to master your stealth skills as much as possible, because one thing you don't want to do is get into a sword fight, as Styx's combat mechanics leave much to be desired. On difficulty levels other than the highest (in which being spotted means certain death), getting caught while close to an enemy locks you into combat stance, forcing an awkward behind-the-back perspective from which you can barely move. During this duel, you must exercise precise timing to either dodge or parry enemy attacks. Parrying involves merely tapping a button at the right time, a process similar to (but not nearly as satisfying as) that in games like Assassin's Creed. Your enemy swings his sword, and if you swing your sword just before his makes contact with you, you parry his blow. Do this several times and the "parry" command becomes "kill," allowing you to finish the fight. There's little finesse--just a small window of time in which you will either block a blow or take some damage. Dodging is somewhat useless, as the game makes it almost impossible to disengage and flee. If you try to escape, the camera will almost certainly remain locked on the nearest enemy, as if to say, "No, you're settling this with your blade now, like it or not." The entire system feels stiff and unwieldy, making battle a painful experience whether you win or lose.

And that's if you're just facing off with a single enemy. If there are two or more, your death is all but assured, as enemies swing and shoot at you while you're locked into animations, making it impossible to defend yourself. If you were hoping that a more action-oriented path would be an option, prepare for disappointment. This might not have been an issue had Styx not presented combat as a way out of tricky situations, but numerous skills you can invest in are focused on becoming a better killing machine.

Enemy AI in stealth games is often an issue, but in Styx, your enemies are exceptionally dumb. They can often be found: walking directly into each other, doing a quick series of 180-degree turns (as if they can't make up their mind which direction in which to go), ignoring the fact that doors are mysteriously opening directly in front of them, not noticing a comrade's body 10 feet away, and so forth.

Though the AI of your enemies is always bad, at least Styx offers plenty of gameplay variety. Throughout the adventure, you have new challenges and enemy types thrown at you, forcing you to think a little differently and encouraging you not to rely on the same tricks throughout the game. For instance, you want to make sure you aren't seen in most situations, but you occasionally run into insectoid enemies that are blind but have exceptional hearing. For these foes, it doesn't matter if you're right in front of them in broad daylight, but the slightest noise will send them running to you, and they're not easy to fight off. Other enemy types switch things up by having certain resistances (some can't be killed by throwing knives, for example), while others instantly deliver death upon detection.

Unfortunately, that sense of variety doesn't extend to the level design. It's not that every level looks the same--there is some diversity in the environments, from libraries to prisons--it's that you actually revisit almost every level at least once throughout the game, with slightly different enemy layouts being the only real difference between the visits. It's not even always a "sneak through this area, then sneak back out again" scenario (although those happen too). Often, you literally backtrack through an entire area a second time, stopping only occasionally to visit rooms that you had no reason to visit before.

Despite each map being sizable, this repetition makes the world as a whole feel small, and going through the same rooms again (noticing that once-destroyed objects like chandeliers seem to have magically reappeared) is tedious. Even if a new enemy formation forces you into slightly different actions than your last time through the area, there's still an overwhelming feeling of "I've done this already."

It's a shame when this stuff puts a damper on the base mechanics, because there are moments when Styx's stealth is genuinely satisfying. When you expertly weave through a group of soldiers without touching them, or when you properly time an "accident" (like poisoned food or a falling chandelier) to eliminate a lot of enemies at once, there's a real sense of accomplishment. But the game doesn't allow for enough of those moments, and instead you are left with too much repetition--sometimes boring, sometimes frustrating.

In some ways Styx feels like a stealth game from an earlier era, but one that's more dated then vintage. It tries to pick up a few tricks from more modern games in the genre, but much of its core wouldn't have been out of place alongside the earlier Tenchu or Metal Gear Solid games. That prospect may sound exciting, but Styx unfortunately finds itself in the shadows of better stealth experiences. 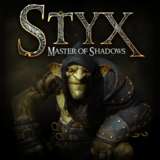 Britton Peele has crept through the shadows with Metal Gear Solid and Splinter Cell, but his more modern stealth favorites are Dishonored and Mark of the Ninja. He took 20 hours to complete Styx's story, finished many of the side-objectives, and replayed a few sections on different difficulty levels. 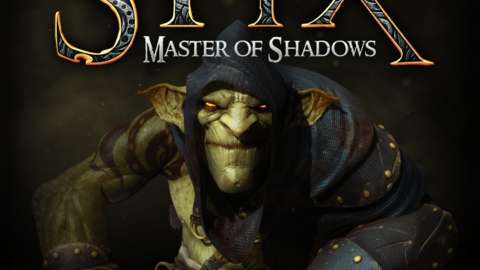 Styx: Master of Shadows is an infiltration game with RPG elements developed by Cyanide Studio for PC.