Street Fighter Alpha stands alone as the best fighting game to ever hit the Game Boy.

The Game Boy has never been a particularly good system for fighting games. This is mostly because few companies have tried to release a fighting game for the Game Boy. Street Fighter Alpha is a surprisingly good port of Capcom's arcade fighting game, with pretty amazing graphics and excellent control.

As previously stated, the graphics are pretty impressive. The backgrounds of the arcade version are duplicated pretty well, right down to the walking cat in the Return of the Dragon-inspired scene. The fighters may be a little low on facial detail, but they animate extremely well, and each has his or her own fighting stance and moves. The smoothness of the animation leads to better gameplay - no jerky motion like the GB version of Street Fighter II. The game is also nice and colorful, making good use of the Game Boy Color's palette.

The game uses one button for punch and one for kick. Quick button taps execute light attacks, while full presses are used for fierce and roundhouse. Oh, and the select button taunts. Yes, taunting isn't all that useful, but it just shows the attention to detail put into this game. The game's sound isn't going to win any awards, but it's definitely adequate.

Overall, Street Fighter Alpha stands alone as the best fighting game to ever hit the Game Boy. The gameplay is almost as solid as the arcade version, the animation is superimpressive, and most importantly, it's still a whole lot of fun. 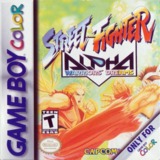 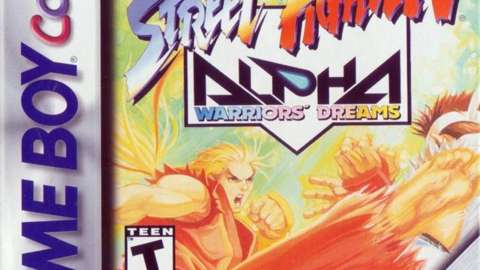