Though occasionally enjoyable, this Force-powered sequel is a mere apprentice to its superior predecessor.

Star Wars: The Force Unleashed had its share of flaws, but it still provided a healthy dose of saber-slicing, Force-flinging action that made it fun to destroy the Wookiees, Jawas, and stormtroopers that got in your way. The Force Unleashed II provides similar delights on occasion, but overall, this sequel is less enjoyable, less varied, and shorter than the game that came before it. The art design, while less diverse than that of the original, is still impressive, and the story, while less emotionally convincing, is still dotted with poignant moments. But the frustrations of the original haven't been improved in any meaningful ways, and an incredibly bland final boss battle brings a decent action game to a limp conclusion. In many ways, Star Wars: The Force Unleashed II is more of the same, which might be fine for Star Wars fans looking for a new excursion into the stars. But it has none of the spark or diversity of the first game, and a handful of extraordinary cinematic moments aren't enough to compensate.

The story is The Force Unleashed II's first notable element. On the watery planet of Kamino, Darth Vader hovers over a familiar figure. It looks to be Starkiller, the original game's leading man and Vader's unauthorized apprentice. But is it really Starkiller--the one said to have sacrificed himself for the Rebellion? Thus, you step into this man's shoes and begin your search for the truth, not to mention the search for Juno Eclipse, Starkiller's former pilot and lover. Excellent voice acting and facial animations give cutscenes emotional impact, and a sequence near the end of the game in which you are plagued by visions is a great touch that melds storytelling with gameplay. It's unfortunate that a lengthy central stretch that focuses on the combat needs of the Rebellion brings the narrative to a halt. In general, you spend less time getting to know Starkiller (or is it Starkiller?) and the supporting cast this time around, so the story arc isn't as fulfilling as it might have been. Yet while the sequel may not boast a story as substantial as The Force Unleashed's, it's both fitting and fulfilling. This is in part because it harks back to the original Star Wars trilogy, in which the action was not gratuitous but was granted context by human emotion and complicated relationships.

The game's art design is the other standout facet. On the world of Cato Neimodia, a rich color palette of gold, orange, and red makes an opulent palace come alive. In the final hour, the lights of looming edifices punctuate the murk. As in the first game, striking lighting and painted textures give many of your surroundings a warm, lush look. It's unfortunate that the drawn-out middle section squanders The Force Unleashed II's good looks as much as it squanders the story. The hangars and hallways capture the Imperial vibe, but the lack of diversity will have you missing the temple on Coruscant, the junkyards of Raxus Prime, and the fungal jungles of Felucia--all beautiful and prominent locations featured in the first game. A visit to an important planet in the Star Wars canon may have you excited to explore its humid regions, but there's little gameplay here, and you end up flying away to far less interesting places. A great deal of artistry went into making these locales leap off the screen, and it's regrettable that many of them are so similar that one bleeds right into the next.

The lack of variety extends beyond the game's environments. While The Force Unleashed featured Jawas, Wookies, Felucian skullblades, Rodian rippers, drones, scrap creatures, and more (in addition to the expected troops and walkers), this sequel relies heavily on the same few enemies, repeated over and over again. Armed with your dual sabers and some of the same basic Force powers of the original, you leave behind a trail of stormtroopers, AT-ST walkers, and other trooper and walker variants. You do so by slashing them with your dual lightsabers, zapping them with Force lightning, flinging them back with Force push, and using Force grip to fling objects and enemies around. The powerful physics are still impressive to behold as you toss around barrels and grab TIE fighters out of the air, as is using Force repulse to clear away a crowd of menacing robotic spiders. However, like in the original, the targeting is still imprecise, though less maddeningly so. You can now lock the camera on to a particular enemy, but this pointless addition is of absolutely no help. You still grab objects other than those you intend, and you still fling junk in directions other than that of your target. And as before, the camera might insist on an unhelpful view in linear environments, of which there are more in this outing.

The Force Unleashed II adds a few new abilities to your repertoire. One is Force sense, which is a guidance system that directs you to your objective and negates the need for a map. Another is mind trick, which confuses humanoid enemies and causes them to attack their comrades. However, neither skill is as game changing as the grapple, in which the camera zooms in while you get a good look at the powerful attack. This is cool the first few times, but the same few canned animations lose their edge quickly. This move's other drawback is that it too often works as a win button, allowing you to dash around and exterminate your humanoid foes without much resistance.

You can simply avoid the move if you want a greater challenge, but if you stick to standard tactics, you might get frustrated. The game tries to vary the combat by mixing up enemies in different combinations, making for annoying battles in which you face acolytes resistant to Force powers and heavy troopers resistant to lightsaber attacks at once, all while a robot spews flames at you or a couple of walkers fire missiles at you. It's nice that you can deflect those missiles or grab and fling them back, but when you're dealing with a half-dozen other enemies that might temporarily stun you on top of the ranged attacks, you stop feeling like a powerful Jedi, and the combat stops being fun. That's especially true when you want to grab an incoming rocket in the heat of battle and seize some meaningless object instead.

There are a few thrilling set-piece sections to enjoy, such as those in which you hurtle toward the ground, avoiding debris or Force pushing it out of the way. Boss fights, on the other hand, don't have the same driving momentum. A boss battle versus a hulking monstrosity is frustrating due to a limited camera, invisible walls, and unpredictable collision detection. It also drags on and on, which makes it seem like it was meant to pad the campaign's five-hour length. (Luckily, this same fight ends with a fantastic cinematic tour de force that makes the tedium almost worth it.) The final encounter is similarly protracted and perhaps the blandest chore in the game. This battle is unthinkably easy, having you perform the same exact actions over and over again for upward of 10 minutes and never requiring you to mix up techniques. It comes directly after an overlong and boring platforming sequence that dissolves any tension the game may have accumulated to this point. It's a disappointing end to a game that never reaches its potential.

Star Wars: The Force Unleashed II has many of the same qualities of its predecessor, but it doesn't really improve on them, and in many ways, it's not as good. That's unfortunate because the core combat is fun. It's a thrill to fling your foes into dangerous Force fields and to zap jumptroopers with lightning and watch them uncontrollably zip around. And while the story isn't as affecting as the original's, great voice acting and cinematics help it make an impression nonetheless. Yet with less enjoyable boss battles, less environmental variety, and more enemy repetition, this sequel is a missed opportunity. Perhaps you can't get enough Force Unleashed; in that case, you could always return to the game wearing one of the unlockable costumes or try out some of the unlockable challenge rooms, which are timed combat scenarios of disparate quality. But Star Wars: The Force Unleashed II is too predictable to inspire extended play time. Rather, it may inspire you to return to the superior original. 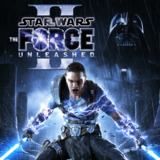 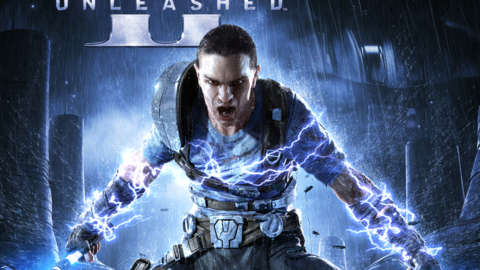 Dual lightsabers, expanded force powers, and a dramatic new story await in this sequel to Star Wars: The Force Unleashed.

7.2
Sign In to rate Star Wars: The Force Unleashed II