Masters of Teras Kasi fails on many levels.

The concept of a Star Wars fighting game is definitely an exciting one. Even less-than-rabid fans of the series have to agree that the thought of conducting epic light saber battles definitely sounds like a great idea. Unfortunately, Masters of Teras Kasi fails on many levels, resulting in a game that could have been incredible but instead is filled with disappointment.

The storyline is a bit thrown together, but that's acceptable considering that the Star Wars universe isn't exactly a perfect backdrop for a fighting game. Arden Lyn, an assassin and a master of teras kasi, has been sent by the Empire to eliminate most of the higher-profile Rebels. The Rebels respond in kind, learning the lost fighting art in the process. The characters include Luke, Leia, Han, Chewbacca, Boba Fett, and of course, Darth Vader.

The character graphics used in Teras Kasi look like they were made about a year ago. The fighters' joints aren't smooth, and their movement is jerky. The stages look terrific, ranging from the swamps of Dagobah to the ice planet of Hoth. Some backgrounds feature a lot of movement, including flying snowspeeders and walking AT-ATs. The game's sound is very good, but that's no surprise, considering they used preexisting music and sound effects.

The game itself plays like it's stuck in slow motion. The characters don't move very well, the moves and combos are sluggish and uninteresting, and the force powers make the game very unbalanced. One of Luke's force powers is to throw his light saber at his opponent, which jacks the victim up for around half of his life bar. The move is also unblockable and unavoidable. So if you're fighting a fully charged Luke, you have to stay close at all times, or else you can just kiss half of your life goodbye. This and other annoying moves (Boba Fett's got one that makes missiles rain down from the sky, pounding his opponent into the dirt) make the game frustrating in all modes.

Star Wars: Masters of Teras Kasi held a lot of promise, but unfortunately, doesn't deliver. It has all the surroundings of a great fighting game, but the gameplay simply isn't there. If you want a good futuristic, weapon-based 3D fighter, Star Gladiator is still your best bet. 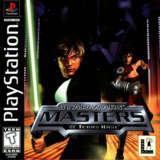 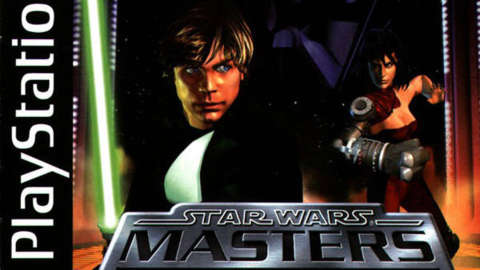 Masters of Teras Kasi fails on many levels.

6.2
Sign In to rate Star Wars: Masters of Teras Kasi