Star Control II was released in 1992 and remains notable for its bold amalgam of seemingly disparate ideas. It combined space exploration, arcade combat, resource management, trading, questing and chatting with aliens in a way that suggested its creators were still eagerly discovering what a game could be. This reboot, from strategy game developer Stardock, is a mostly faithful adaptation. It delivers an expansive galaxy steeped in mystery, knowing sci-fi winks and modern interface convenience, but as a genre mashup it can at times feel shallow and the overall experience is uneven.

Star Control: Origins begins with the human race donning its crisp and immaculately tailored Star Control uniform and making first contact with alien life. Within moments you find yourself appointed captain of the only ship in the human fleet equipped with a hyperdrive and thus entrusted with representing your species in the fledgling field of galactic diplomacy. This is no lavish 3D space sim a la Elite Dangerous, it should be noted. Most of the time you'll be looking at a flat 2D starfield as your ship putters around the galaxy. In combat, it looks much the same, and all conversations are shown as cartoonishly animated 2D scenes with plenty of text. Elsewhere, there are sector maps to analyze and ship upgrade blueprints to pore over--even a hyperlinked captain's log that records all your discoveries. The presentation definitely leans heavily into the strategy portion of its genre mashup.

It quickly transpires that there are a lot of aliens in the galaxy, many of whom are well aware of the existence of humans and, let's be honest, seem surprised we're capable of rubbing two sticks together, let alone piloting a vessel between stars. Some of the aliens you meet will be friendly and keen to support your endeavors with advice, extra ships, and fuel top-ups. Others will be less friendly, interested in either taking advantage of your interstellar naivety by sending you on errands in exchange for their favor or shooting you on sight.

Aliens are painted in broad strokes, each species distinguished by their physical appearance and one or two glaring personality traits. The Mu'Kay are squid who are good-natured but really hate (and eat) fish, for example, while the Tywom are hapless but well-meaning slugs who have resigned themselves to being the most boring species in the galaxy. There's little nuance to the way each alien species is portrayed--they're all glib sketches with one element exaggerated for comic effect. Despite this, the writing is consistently excellent, regardless of whether you're hearing from an important quest-giver or generic NPC. A nice line about quirky details, good comedic timing, and the odd genuinely good joke elevates each alien beyond mere caricature. Encounters, even those that end in violence, are always played for laughs, resulting in a lighthearted, almost jovial tone that belies the starcharts and spreadsheet-style presentation elsewhere.

When you're not chinwagging with your new extraterrestrial friends, you're probably being pelted with laser fire by the Skryve or the Drenkend or one of the other new enemies you've offended by poking your helmet beyond the Milky Way. Combat plays out on a discrete 2D arena where you battle one-on-one with an enemy ship. There's some strategy here as you weigh up the odds of your weaker ships winning versus the likelihood you might need to save your better ships for the next fight. And there's some skill required to make effective use of each ship's weapon loadout and handling, as well as managing the power-ups scattered around the arena.

But for the most part, as a top-down shoot ‘em up duel where you only control one ship with two weapons, combat feels too slight, too simplistic, a deficiency exacerbated by the frustratingly erratic AI behavior that sees it veer between unerring accuracy and blundering idiocy for no discernible reason. It's as infuriating when a weaker enemy ship hits you with every single missile as it is hilarious when the next enemy ship blows itself up by repeatedly crashing into asteroids. You can't skip combat if it's not to your taste, though you can outfit your ship with an upgrade that leaves combat to the AI--and leaves you to suffer through watching it. I spent an hour or so saving up to buy the AI-controlled fleet upgrade, only to disable it immediately after despairing at how its idea of an effective combat maneuver was to follow the enemy ship in a circle and hurl itself at every proximity mine the enemy dropped.

Throughout, Star Control: Origins is at its weakest when trying its hand at arcade-style action. When you reach a new planet or moon, you can launch a lander to explore its surface, quite literally dropping you into a mini-game where you have to guide your vehicle through the atmosphere to the target landing zone. It's all over in a matter of seconds, and the only challenge is that sometimes a strong wind will blow you off course--a hazard that can be mitigated through lander upgrades.

Once on the surface, you drive across the dinky sphere, collecting resources and avoiding or shooting hostile droids and creatures. Much like the combat, it's a simple affair, but there's a certain fastidious pleasure to be had from strip-mining every last trace of neutronium from the earth. Yet it can also become tedious as the limited cargo capacities of your lander and your ship conspire to force frequent (and lengthy) trips back to the nearest spaceport to sell your loot in order to maintain the grind.

Soon, however, you'll stumble upon a point of interest on one of these spherical excursions and find yourself triggering a new quest to investigate a crashed ship or a mysterious distress call or pick up a lead as to the whereabouts of a post-human sect known as the Lexites. Before you know it, you're charting a course to a new system, filled with optimism about what you'll find on the next planet, what ship upgrades you'll soon be able to afford, what adventures the next alien you meet will inspire.

At its best, Star Control: Origins urges you to poke and prod into every corner of its intimidatingly vast galaxy, searching out ancient secrets and pun-filled absurdities. At its worst, it drags you through mediocre arcade sequences and generic grind. Genre mashups are far more common today than they were in 1992, but striking the right balance between adventure, role-playing and arcade action remains as tricky as ever. 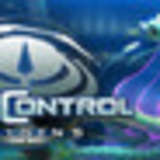 David Wildgoose started writing about games professionally the year after Star Control 2 was released. If you laid end-to-end every word he's written about games in those 25 years it would probably stretch to the moon and back, as long as you printed them in a very large font. He spent around 30 hours with Star Control: Origins with a code provided by the publisher.