Some cross-genre games are blended like ingredients in a mixing bowl, while others let their two halves live side-by-side. SpellForce III fits into the latter category, pairing role-playing and real-time-strategy elements. Though the end result is anything but unified, such a contrasting design keeps you from falling into a consistent routine. It also broadens the outlook of the stereotypical fantasy RPG, expanding the limited worldview of a handful of adventurers into the more expansive perspective of a general controlling an army.

Opening missions serve as an extended tutorial, first giving you the basics on how role-playing works, then moving into base-building strategizing where you take the fight to foes on a larger scale. You may start off exploring a map as part of a small party of heroes, slaying the odd gang of goblins or undead or giant spiders and cracking open chests stuffed with weapons, armor, and the usual assortment of magical goodies. You may finish off by taking all that you learned about the landscape while exploring, and build a base, constructing facilities to gather resources, and then whip up an army to hurl at foes who have been doing the same thing.

The baroque plot carrying you through it all assumes some familiarity with the SpellForce franchise, as you are dropped right into the aftermath of the Mage Wars on the Dungeons & Dragons-ish world of Eo. Events here serve as a prequel to the earlier SpellForce games, so it is tough to get up to speed initially. Main plot points feel like typical fantasy fare, though, as they revolve around your semi-chosen one status as the child of a treasonous mage. But there is a lot of depth and background information to absorb. Thankfully, everything eventually rounds into a compelling story. You just need some time to figure out your place amidst all the initially bewildering references if this is your first visit to Eo.

Plot is further developed through dialogue that includes quiet, character-building moments alongside stereotypically epic conversations about gods and magic. But as far as your involvement is concerned, there aren't a lot of meaningful choices to make. There are also strange shifts in tone, like some of the dialogue was written and recorded before any decision was made on what sort of age rating the game would aim for. So you get lengthy stretches where characters clearly go out of their way to avoid swearing, using awkward words like “heck” and “crap,” and others where characters let loose with incessant f-bombs.

Impressive presentation gives the game real visual impact whether you are playing adventurer or general. Maps are extremely detailed, with lots of little touches and great variety in background scenery. There is a very good balance here between trudging through murky caverns and wandering through forests and plains. The one drawback is that the settings can be too detailed at times, and things like chests and other points of interest are not all that easy to notice. You need to swivel the camera a lot to ensure that you don't miss anything. And all of this fidelity comes with the price of lengthy loading times, too. Venturing into any new locale drops you to a screen that gives you percentages on loading things like “Initializing Creature Resources,” which pulls you right out of the moment.

Character progression involves few surprises compared to other D&D-inspired games, and each character has access to just a few main skill classes and branching abilities. And since you gain experience fairly quickly, you can ultimately sample a lot of what's on offer. There are various schools of magic, combat skills like brutality and archery, and all-around categories such as leadership, with branching talents that include the usual range of attacks, buffs, and spells.

Combat is equally forthright. It's all real-time and rather chaotic, without a tremendous amount of thinking required in a given moment. Consider it a blend between the tactical battles of traditional RPGs and the more frenetic hack-and-slash of action-first RPGs. Combat is never so incessant as to grow tedious, and individual battles seem to fly by. The pacing of these sections is spot-on, with one distinct map after another pulling you into ever-more exciting bouts.

A similar story can be told when it comes to the RTS side of SpellForce III. Whenever a mission gets to the point where more is required than a party of adventurers, the game switches to an RTS mode and unlocks a construction menu where those adventurers lead the way as heroes in the army. From there, you build a town center and begin gathering the wood, stone, and food that form the game's staples. There are three building tiers, which means you start with expected basics such as the logging cabin, hunting cabin, stone works, and barracks, move on to a second level of iron smelters, forges, and farms, and then into a third that lets you exploit magical Arya water, train elite units, and build stone watchtowers.

Population caps regularly get in the way of fully manning facilities. This forces you to quickly expand territory and earn more population by setting up new outposts (peasants are locked to their regions, too, which also makes it imperative to keep pressing forward), but manpower always seems to lag behind. Needing to wait for carriages to ship resources to new outposts causes further delays, and you can't wait around to let stockpiles grow because enemy AI is on the attack almost immediately. Resources are also extremely limited, which also keeps you pushing onward so that you can keep the goods flowing to keep cranking out troops.

While both the RPG and RTS elements presented here stay true to form, the overall game is more than the sum of its parts because of how it makes such disparate concepts serve the goal of creating a militaristic role-playing epic. Incorporating base- and army-building into a traditional role-playing formula adds a scope and weight that would not be present if the game never went beyond three or four guys swinging swords and slinging spells. The end result may not be innovative, but it is an interesting and entertaining tweak of RPG conventions offering a lot to anyone looking for something offbeat and engaging. 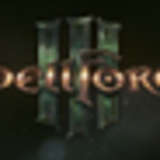 Brett spent around 30 hours exploring dungeons and building bases in SpellForce III. Complimentary review code was provided by the publisher.