Sonic the Hedgehog 2 is a classic run-and-jump platformer that's as much fun now as it was in 1992.

Sonic the Hedgehog 2 was a hit right out of the gate when it was first published for the Sega Genesis in November of 1992. Sales of the game were so strong that within six months, Sega accounted for 50 percent of all home video game sales (to Nintendo's corresponding 50 percent). Like its predecessor, the sequel flipped the script on the Mario formula by emphasizing the "run" in run-and-jump platformers. On top of that, it took everything that was good in the original Sonic the Hedgehog and made it better. The graphics were livelier, the levels were bigger, a new move gave Sonic even more speed, and two-player functionality was added that turned playing into a social activity. Now, this landmark game is available for the Wii's Virtual Console service.

Sega didn't try to reinvent the wheel with Sonic 2. Instead, it tricked the wheel out with shiny 20-inch spinning rims. It concocted new backgrounds in the same colorful style as those from the first game, then jazzed them up with animated highlights such as dancing flowers and shimmering lakes. The soundtrack has the same happy overtones, but the beats are livelier. Even though the graphics and audio are now 15 years old, they're still delightful as ever.

As Sonic, you must traverse a series of side-scrolling levels by jumping over hazards, rolling through enemies, and using turbo launchers and loops to propel the blue hedgehog higher and faster. At the end of every level, you'll have to beat and bash one of Dr. Eggman's robotic inventions. Power-up boxes give you shields or increase your speed, while the gold rings you collect let you access bonus stages and survive collisions with enemies and spikes. However, the levels in Sonic 2 are larger and let you cut loose more frequently than the levels in the first game did. Sonic also has a sidekick in this game, in the form of a fox named Tails that constantly follows you around. Tails can't be hurt, and, if you hook up a second controller, someone else can control him and make your job a lot easier. In addition to those enhancements, Sonic 2 introduced the spin-dash move, which lets you blast through enemies and launch over hills without relying on strategically situated pinball bumpers.

It'll take you a while to solve the game's later levels. Thankfully, the combination of action and speed is addictive enough that you won't mind working your way back to Eggman's flying fortress. All told, the regular mode clocks in with 20 levels overall and offers multiple endings to see. If you have a second controller and someone else to play with, you'll also get some mileage out of the game's versus mode. In this mode, the screen is split in half so that both players can roam the level freely. One person controls Sonic and the other controls Tails. The idea is to get more points and beat the level before your opponent does. Competing against someone else in Sonic's world is crazy fun, especially when you use a teleport box to switch places with them as they near the goal line. The four levels in this mode resemble the stages from the regular mode, although the layouts are totally different.

For the most part, the Wii emulates the game as if you were playing it on an actual Sega Genesis. The graphics are crisp, the sound effects and music are clear, and the rare instances of slowdown occur in the same spots that they did on the Genesis. You'll occasionally see a couple lines of garbage bordering the top and bottom of the display if you play on a monitor or television that doesn't automatically crop for overscan, but you probably won't notice them while you're actively playing because they're outside the game area. Since the game uses only a single button, you can control Sonic just fine using the standard Wii Remote.

Time may have eroded Sega's prominence, but it hasn't done much to diminish how sweet Sonic the Hedgehog 2 is. Play through it and you'll understand why it helped sell a ton of Genesis consoles back in the day. It's a fun platformer and does everything a sequel is supposed to do. It resolves many of the first game's shortcomings and incorporates a slew of minor upgrades that cumulatively amount to a fresh experience. The 800 Wii points ($8) price tag may seem steep considering Sega has included Sonic 2 with a number of multigame collections over the years, but that's a totally justifiable price to pay for a game that'll take you a few solid play sessions to beat and keep you coming back for more. 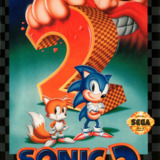 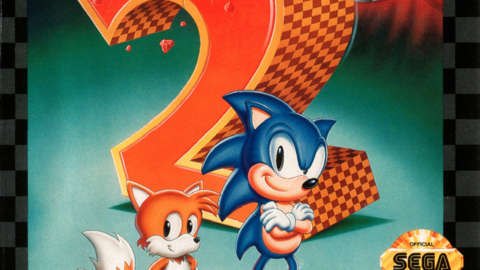 Sonic must save Tails and the animals from Dr. Robotnik, by finding six Chaos Emeralds, and giving them to six robots.